Continuing to Wander in Lucerne

The Grand Hotel Gütsch, overlooking Lucerne, is reached by a funicular (called the Gutschbahn) or by stairs (for those so inclined) from the river level of the city.  We head up to visit the sculpture park next to the hotel and enjoy great views of the city. 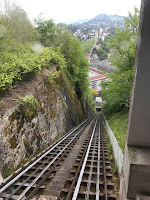 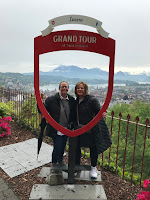 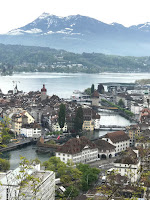 The Gütsch Hotel website calls the sculpture park "a land of fantasy irony, contemplation, experiment, mystic, and happiness."  We wander. 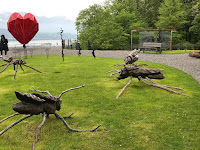 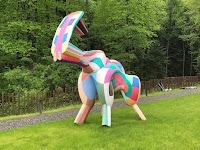 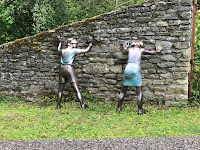 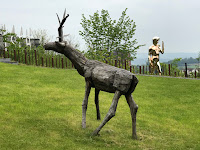 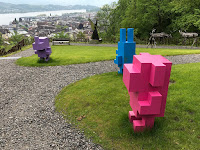 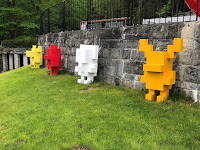 From the hotel, trails lead into the forest, heading toward other parts of the city and beyond.  We hike a ways, then return and head back down into the  city and over to the Glacier Garden, preserving glacial potholes formed during the last ice age 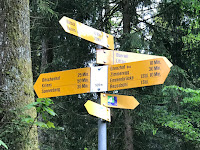 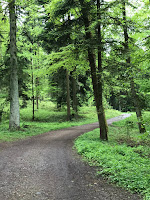 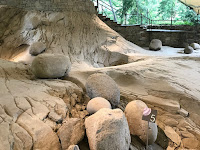 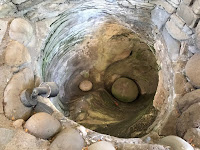 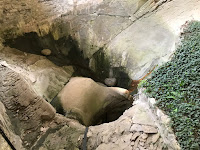 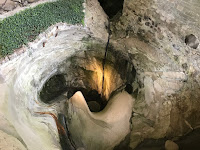 The Glacier Garden also has a museum of fossils found in the area and an exhibition of life in early Lucerne. 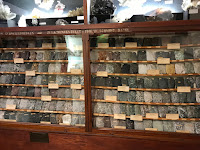 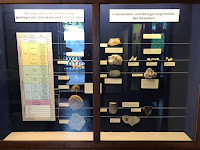 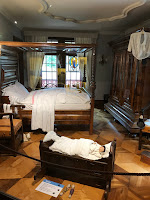 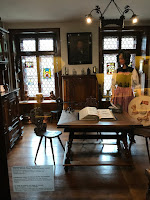 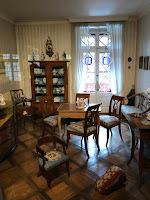 
From the Glacier Garden, it's a short walk down to Lake Lucerne, where we take a cruise around the lake, viewing the city and mountains from the water. 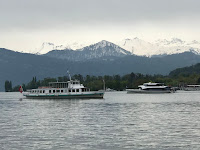 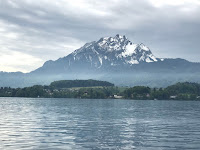 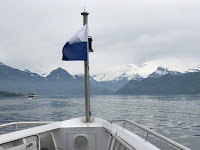 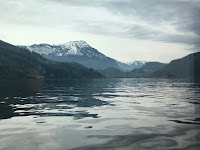 Soon, it's time for dinner, which turns out to be Italian again:  antipasto tower; pappardelle with spinach, olives, feta, pine nuts, and fresh mozarella; and pizza with speck. 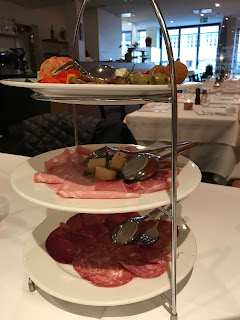 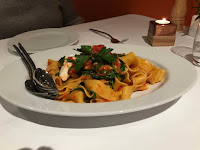 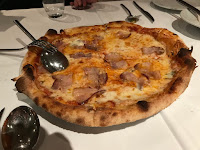 
Another great day in Lucerne!
Posted by Sojourner at 7:30 AM