PMQ, the former Hollywood Road Police Married Quarters, was originally the site of Queen's College in 1889.  After the war, the site we repurposed as quarters for married junior policemen.  In 2014, the site was again repurposed, renamed PMQ, and opened as studios, shops, and offices for creative enterprises. 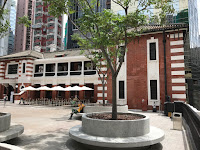 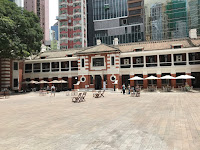 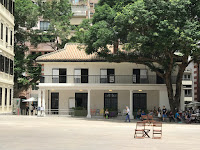 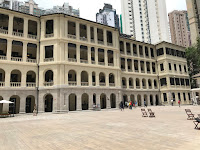 Part of the compound contains Victoria Prison, which once held Ho Chi Minh, who resided in the prison in 1931 after he came to Hong Kong to escape prosecution by the French in Vietnam.  In his journal, he describes how prisoners were only allowed 15 minutes of exercise day in the narrow courtyard alongside the prison.  The cells are preserved to show prison life in that era. 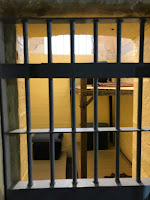 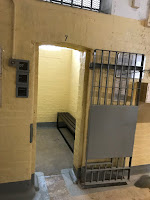 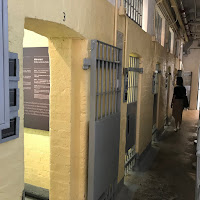 The prison was located in a dense urban area and the walls are built of three different materials as they were extended several times to prevent escapes into the city. 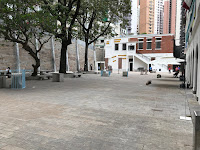 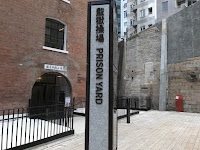 The architecture of the buildings of maze that comprises the PMQ and Victoria prison is intriguing and it's fun to just wander. 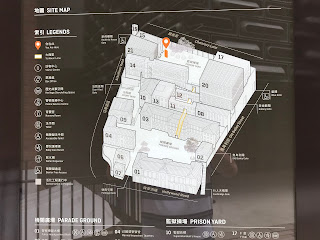 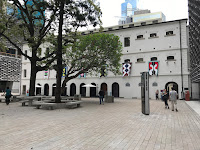 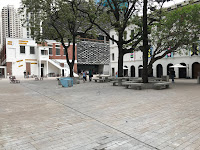 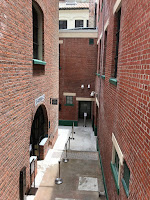 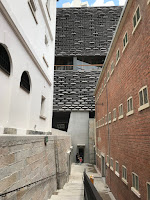 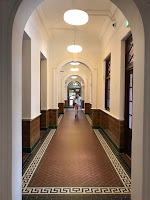 Wandering through the complex

The city has done a great job of repurposing the PMQ and creating an creative and exhibition space, alongside Victoria prison as a maze to wander.