The Hong Kong Maritime Museum is dedicated to preserving, collecting, and displaying objects that tell the story of trade and maritime activities in Hong Kong and the Pearl River Delta.  The museum is located on Pier 8 in the Central Harbor Waterfront overlooking Victoria Harbor and displays over 1,200 objects in 13 galleries on three levels. 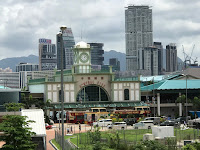 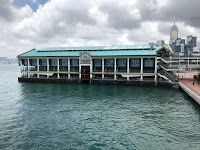 The initial galleries of the museum show the evolution of Chinese seagoing activities, starting in the Zhou period, 1046-256 BC.  Maritime contact with east and southeast Asia grew in importance from the 1st century AD. 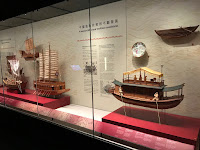 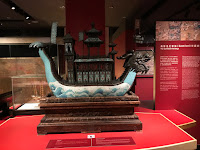 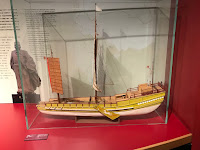 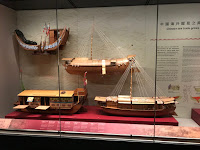 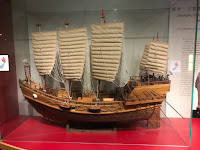 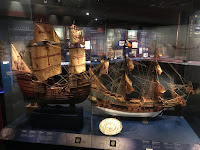 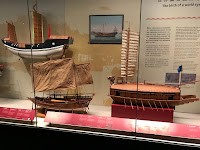 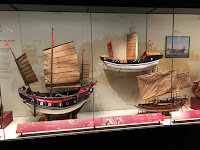 An imperial decree issued in 1685 allowed foreign ships to call at all Chinese ports, but this was modified in  1757, limiting foreigners to trading at just one port, Guangzhou, then known to Europeans as Canton.  The gallery shows examples of luxury goods that were traded with foreigners at Canton, including paintings, furniture, clothing, wallpapers, lacquerware, porcelain, ivories, pewterware, and silverware. 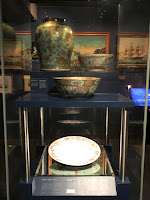 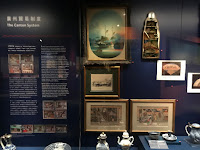 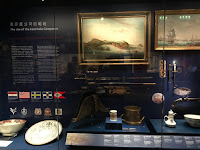 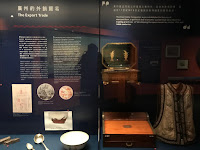 One gallery is dedicated to the COSCO Group that controls the largest shipping fleet in China and the second largest in the world.  In addition to the operation of hundreds of merchant vessels, the group manages container terminals worldwide and runs huge shipbuilding and ship repair facilities in China.  The next gallery is dedicated to modern shipping facilities and vessels, with models of many current ships. 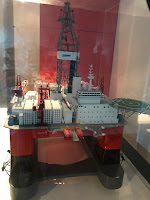 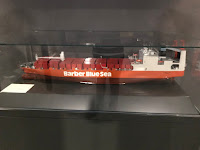 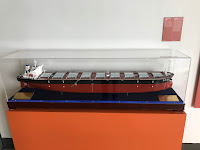 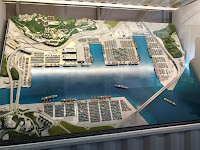 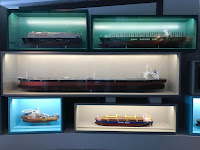 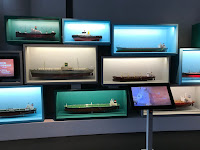 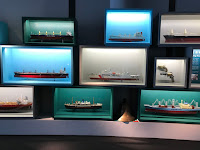 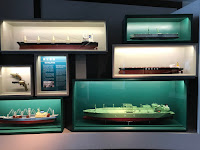 My favorite galleries were the ship bridge displays and the bridge simulator used for training crews in the operation of modern ships. 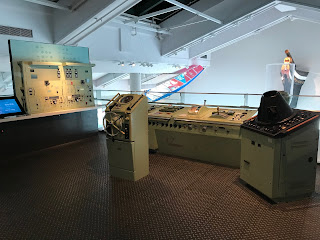 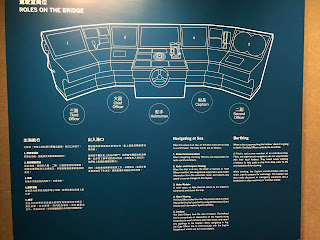 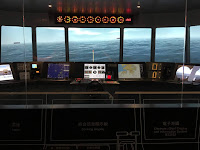 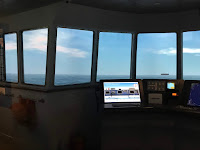 Throughout the museum, there are great views of Hong Kong harbor and Kowloon on the other side of the harbor. 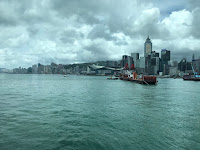 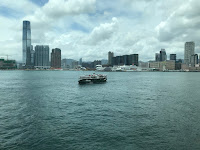 Views across the harbor

The Hong Kong Maritime museum packs a lot of history and information in a small space and the juxtaposition of representations of early Chinese trade with the world and today's modern shipping industry is quite intriguing.