Kowloon Walled City was one of the most densely populated places on earth, with over 33,000 people living and working in the massive complex of 300 interconnected high-rise buildings that covered 2.6 hectares (6.4 acres).  From the 1950s to the 1970s, the city was controlled by local criminal triads, essentially lawless, and a became a center of prostitution, gambling, and opium abuse.  Although located in Hong Kong, the city was legally a Chinese military fort and both the Chinese and the British-run Hong Kong government ignored it. 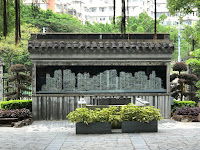 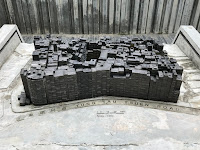 In 1987, the city of Hong Kong announced plans to demolish the city and in 1995, opened a park on the site.  The park is beautiful and I spend some time just wandering. 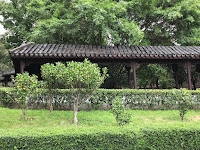 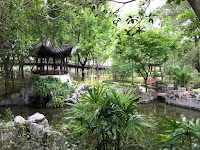 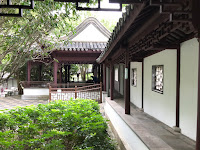 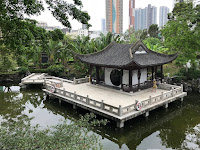 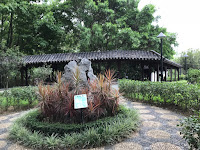 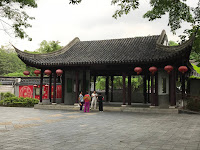 In the center of the park, I find the Kuixing Pavilion and Guibi Rock area, one of the eight major scenes set up in the park.  In Chinese mythology, Kuixing is the God of Literature and also the fourth star (the middle star) in the big dipper.  In the courtyard of Kuixing Pavilion, Guibi Rock is the centerpiece, symbolizing the return of Hong Kong to China.  Guibi Rock is a Taihu Rock, from Tai Lake, demonstrating the four main features of such rocks:  Tou (having hollows), Shou (having clear angles), Zhou (having different shapes), and Lou (having jagged pores). 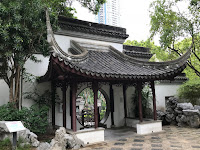 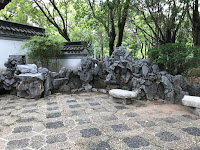 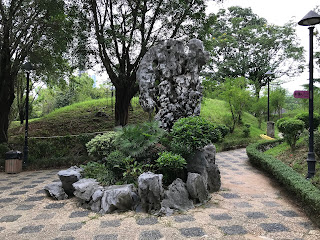 I continue on through the paths and buildings of the other side of the park, with more great sites and experiences. 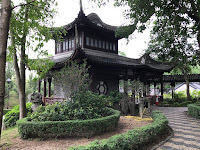 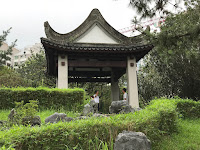 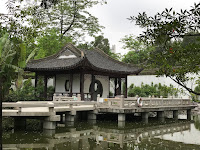 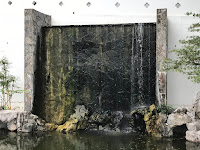 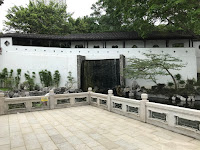 The Chinese Zodiac Garden is another of the park's eight scenes, with white-stone sculptured animals symbolizing people born in different years. 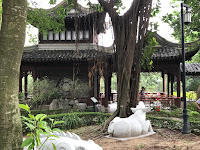 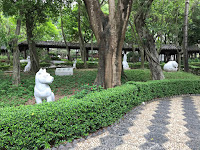 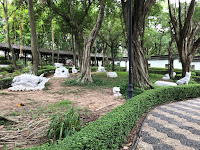 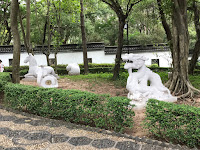 I follow the paths through gardens and floral beds to find my way back out, passing by a few remaining pieces of the walled city that was once here. 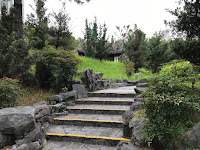 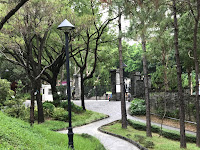 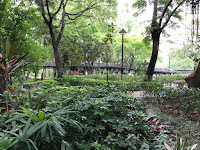 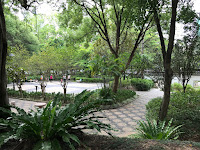 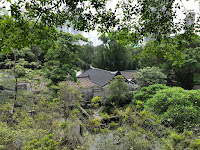 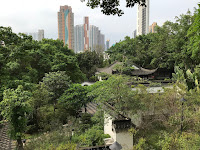 Paths through the park 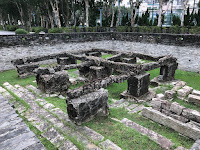 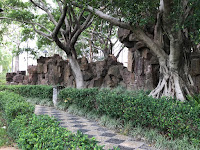 This was once quite a city and is now quite a park.  A big transition from dense, crime-infested metropolis to peaceful oasis!