Beijing has a wide variety of transportation options, ranging from a multitude of rental bicycles, to small cars perfect for narrow hutong streets, to modern express trains across the city and country.  I marvel at a few of them.

First, the rental bicycles are everywhere in the city and used by, it appears, just about everyone. Rent the bike either at a stand or with your phone using the code on the bicycle and drop it wherever you end up.  Someone else will, no doubt, rent it from there.  And, a great price:  free for the first hour, 1 RMB ($0.15 USD) per hour after that.  It is estimated that there are 9 million bicycles in Beijing. 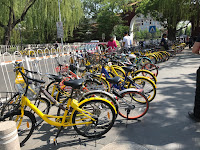 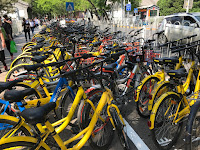 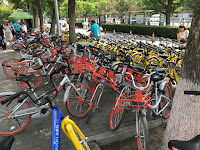 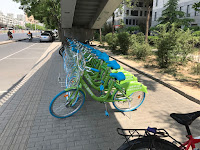 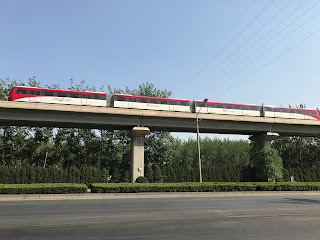 In the city, the Airport Express stops at two Metro stations and I can get anywhere in Beijing on the Metro.  With 19 lines and 345 stations, it also is extensive, efficient, and inexpensive (most trips are between $0.45 and $1.00, based on distance).  However, the subway is busy, providing about 10 million trips per day and traveling outside the rush hours does help to make for a less-packed journey. 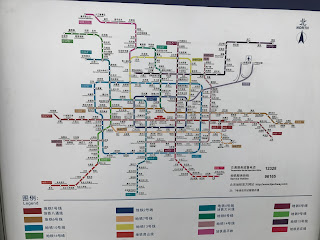 Walking the streets, I really enjoy looking at the small cars that seem to fit perfectly down the narrow streets (and on larger streets also). 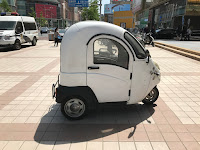 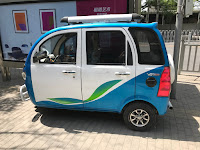 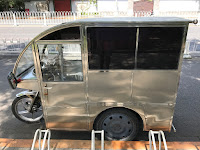 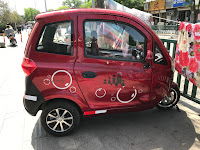 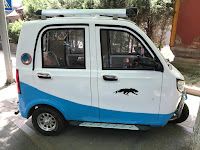 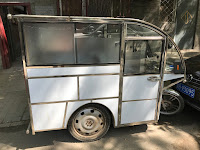 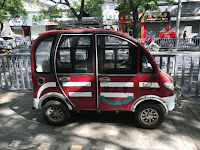 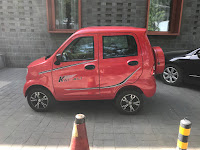 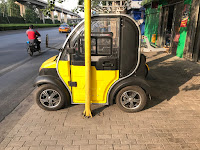 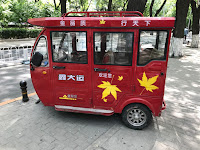 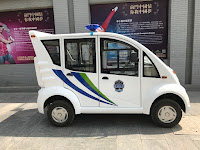 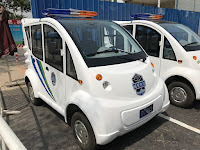 And, of course, a few traditional modes of transportation. 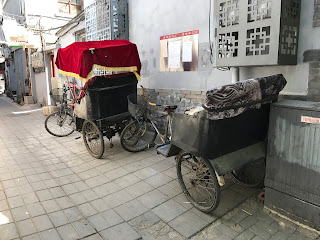 All the transportation options seem to cooperate on the streets and show their patience with the well-know bad traffic in the city (bicycles are really good to get through it).