As we travel the windy roads out of Naples toward Positano, we are rewarded, near the end of our journey with great views of Positano from above as we descend into the city. 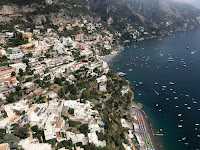 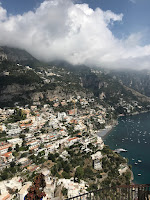 Approaching Positano
Settling into our hotel room near the beach, we admire the view up and down the coast. 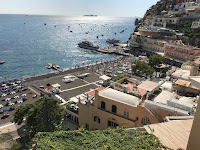 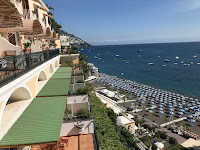 View of the sea from the hotel
Positano is believed to be first inhabited as far back as 6,000 BC and a local legend states that Poseidon, the Greek God of The Sea founded this small town in honor of Pasitea, a Greek Nymph with whom he was enamored.  Greek ships first began to call on Positano and other parts of the Amalfi Coast around 500 BC and, due to its incredible beauty, the Romans build villas and began settling in Positano around 100 BC.  In 79 AD, Mount Vesuvius erupted and destroyed all structures.
Positano became a wealthy market port during the 15th to 17th centuries.  In 1953, John Steinbeck wrote an article for Harper's Bazaar magazine titled, "Positano Bites Deep" and from that point on, Positano prospered as a prime vacation destination.
We drop off our luggage and take a stroll through the steep, narrow, twisty streets of the city.  First, we explore the markets near the beach, then head up the steps to the higher parts of town. 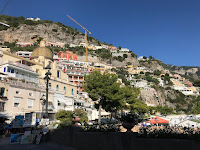 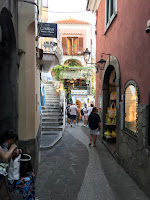 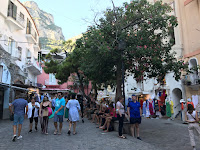 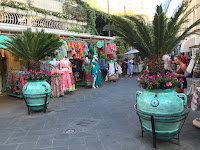 Markets near the beach
We pass by the Chiesa di Santa Maria Assunta (Church of Our Lady of the Assumption), dating back to the 10th century and located in the center of town near the beach. 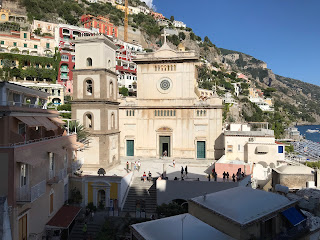 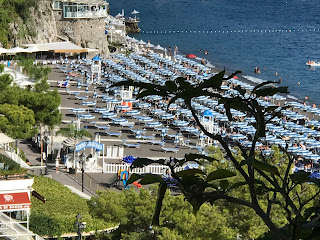 Beaches
As we head up the stairs, we find lots of paths, alcoves, and quick views of the sea. 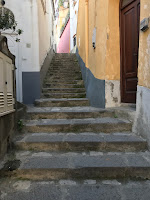 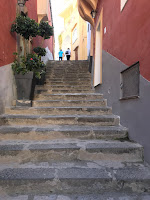 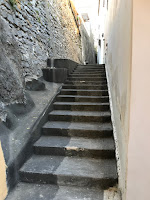 Paths through the city 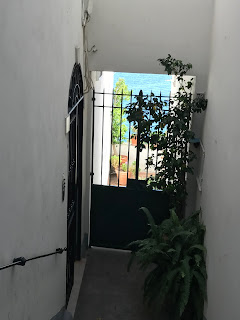 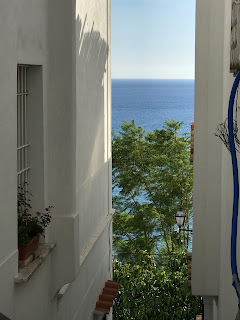 Quick glimpses of the sea
As we reach the top of the steps, we find a more expansive view of the sea and great views of the city. 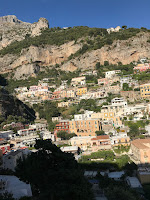 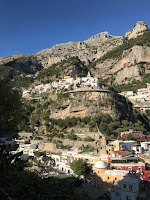 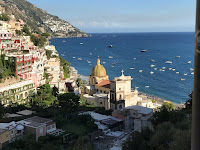 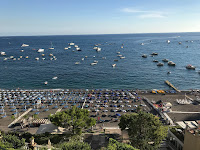 Views of the city and the sea
Returning to our hotel, we enjoy the view as the sun sets and the city lights up. 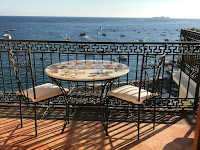 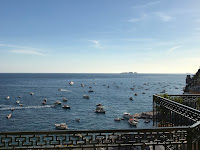 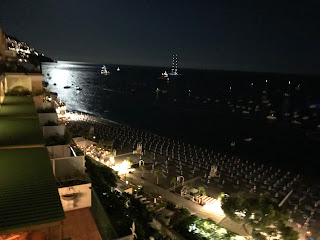 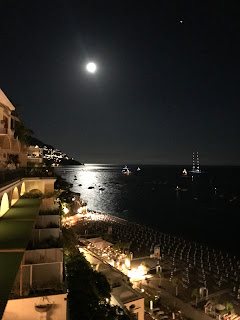 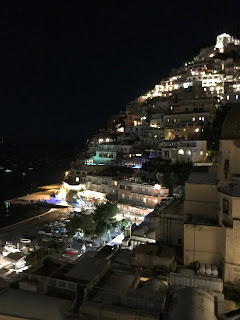 Night arrives in Positano
We're looking forward to a few days of exploration on the Amalfi Coast!