A Quick Stop in Rome

We're in Rome overnight, staying at the airport and catching a flight home in the morning.  We hop on the Leonardo Express train from the Leonardo da Vinci-Fumicino Airport into the Roma Termini main train station and walk into the city.

We wander down the street from the train station to the Fountana della Naiadi (Fountain of the Naiads), erected in 1901, and follow via Nationale, passing a sign of our times, a sidewalk Covid testing station. 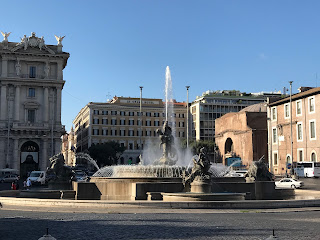 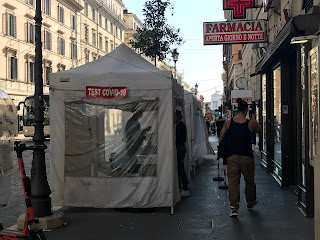 Sidewalk tests
Soon we spot the Trajan's Column and walk down steps to Fori Imperiali, a square with Roman ruins, and the Victor Emmanuel II Monument, honoring the first king of a unified Italy. 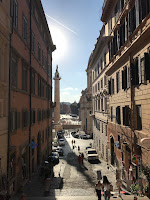 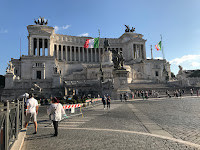 Trajan's Column, Victor Emmanuel II Monument
Across the way, someone is getting married in the Chiesa Santa Maria di Loreta and tourists are circling the Fori Imperiali Roman ruins across from the church. 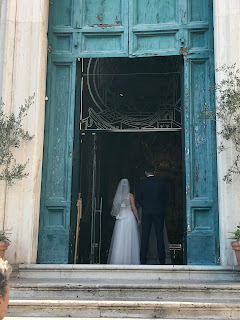 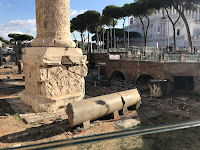 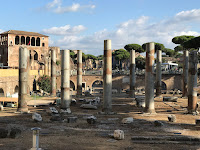 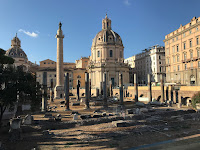 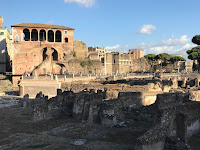 Across the street (Fori Imperiali)
We stroll from the monument through the narrow streets over to the Fontana di Trevi and then to the Spanish Steps (Scalinata di Trinità dei Monti). 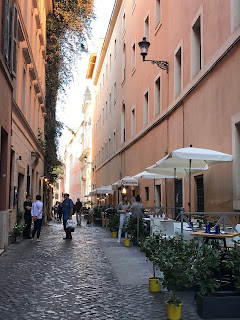 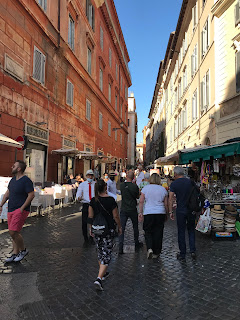 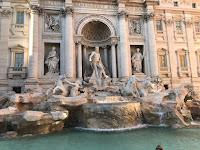 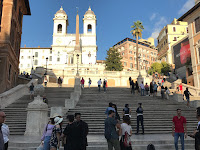 Trevi Fountain, Spanish Steps
From the Spanish Steps, we follow Via dei Babuino to Piazza del Popolo, where it seems a good idea to stop to refresh ourselves with a negroni. 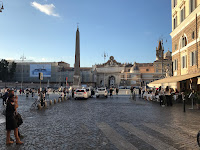 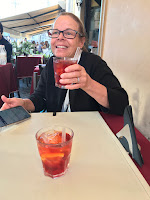 Piazza del Popolo, cocktails
After our libation, we take Via Ferdinando di Savoia to the River Tiber and turn left along the river as the sun sets, working our way toward Trattoria Lilli, our favorite restaurant in Rome. 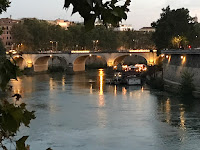 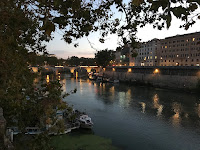 Along the Tiber
We sit outside at Trattoria Lilli and start with  a small platter of meats and potatoes, followed by cacio e pepe, bucatini all'amatriciana, and a liter of house wine. 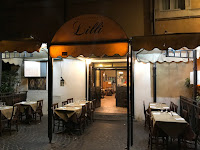 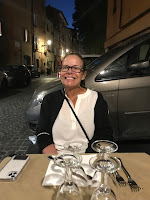 Dining outside at Trattoria Lilli 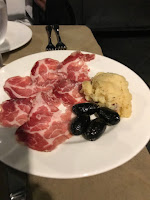 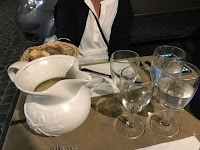 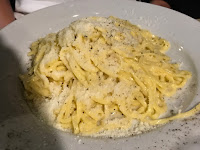 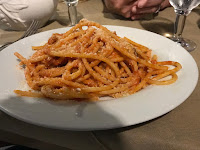 Cacio e pepe, bucatini all'amatriciana
As the day winds down, we head back to Roma Termini and catch the next Leonardo Express back to the airport.  What a great ending for this Italian trip with extended stays in Monterosso al Mare (Cinque Terre) and Positano and short stops in Naples and Rome.