A Morning Stroll Through Naples

We wake up and take a stroll through the streets of Naples, wandering mostly through the old town, before we continue on to Positano, about 60 km (37 miles) down the coast.

Naples is the third largest city in Italy, after Rome and Milan.  Founded by the Greeks in 1 BC, Naples is one of the oldest continuously-inhabited urban areas in the world.  The city played a major role in the merging of Greek and Roman societies and was a significant cultural center under the Romans.  This was the capital of the Duchy of Naples, the Kingdom of Naples, and the Two Sicilies until the unification of Italy in 1861. 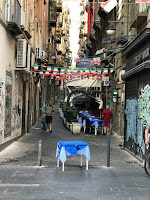 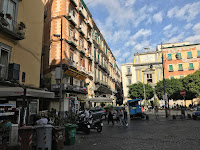 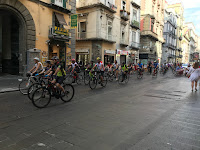 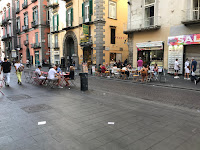 Morning streets of Naples
We reach Piazza Dante and, in the square where we enjoyed an aperitif last night and people were playing soccer, we find a food market with lots of great vegetables, cheeses, and meats. 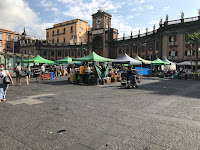 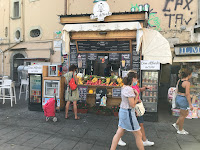 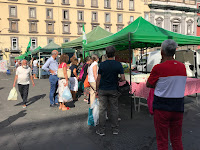 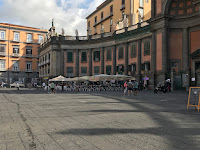 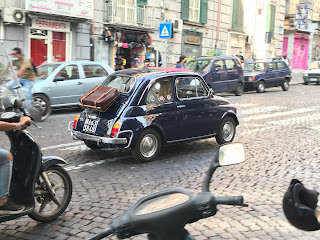 Classic car on Sunday outing
We stroll through the piazza and past the Galleria Principe di Napoli shopping gallery built in the 1870s/1880s, across from the National Archaeological Museum which is packed with remains from Greek, Roman, and Renaissance times. 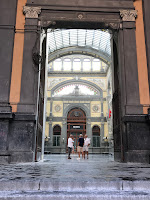 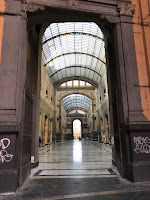 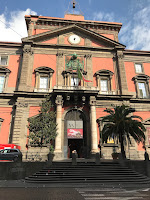 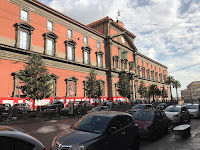 National Archaeological Museum
From there, we enter the old town, wandering through the narrow streets and small parks, many with ancient remains.  The crowds from last night have dissipated and we find many tour groups also walking through and enjoying the morning sights. 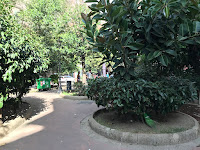 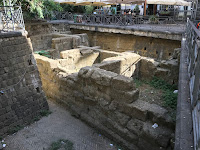 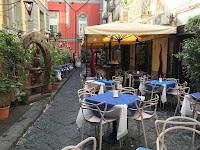 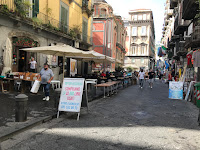 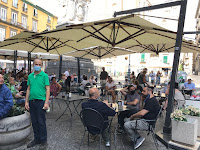 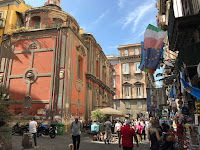 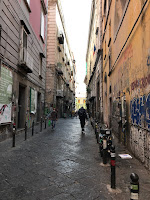 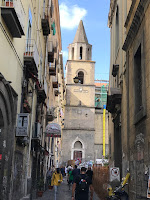 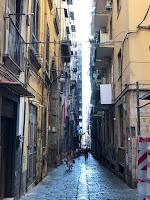 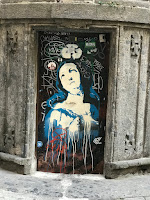 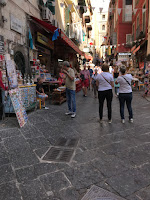 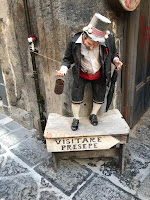 Streets of old town
It's been a fun morning stroll and, along with last night's wander, helps us get a sense of Naples.  But, now it is time to head down the Amalfi Coast to Positano.