Strolling Back Through Hannover

As we walk back to our hotel from the Maschsee, we pass through the Hannover Old Town and stop to see new sights along the way.  First, a primary mode of transportation:  bicycles, including specialized versions with weather-proof cabins for smaller folks and pets 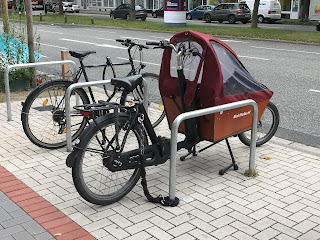 Bicycle cabin
We pass through the Maschpark, across from the New Town Hall and find the art class from the Landesmuseum painting in the rain. 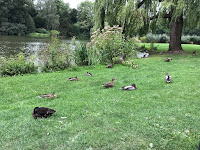 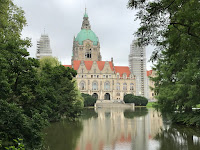 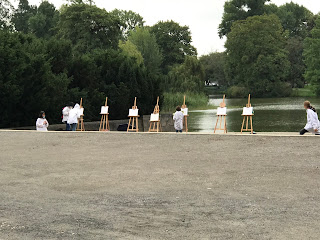 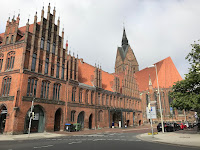 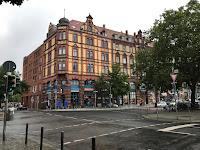 Hannover architecture
A block into old town, we wander into the Hannover Market Hall, built in 1954 to replace the building erected in 1892 and destroyed in the war.  Originally, agricultural products were brought into the city by farmers and sold in the square opposite the old town hall (where some vendors still gather). 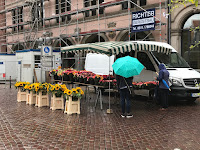 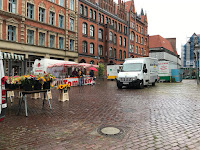 Vendors in the old square
At the end of the 19th century, the population of Hannover had grown to over 100,000 people and the demand for better hygiene and an effort to prevent the obstruction of traffic caused by the large number of dealers and carts led to the construction of the indoor Market Hall. 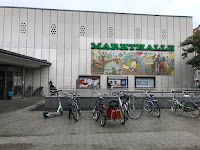 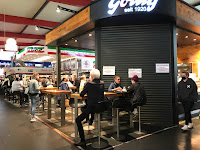 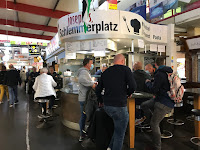 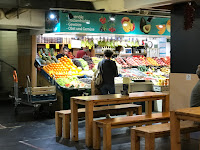 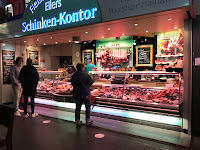 Markthalle
Leaving the Market Hall, we pass the Old Town Hall, where a wedding is taking place in the rain. 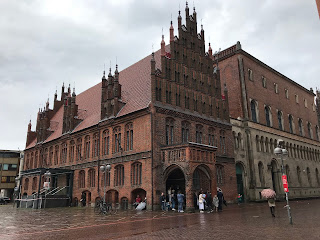 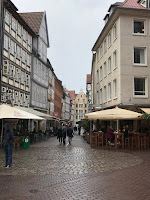 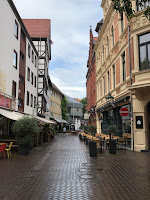 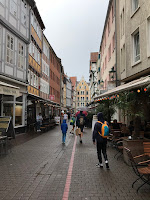 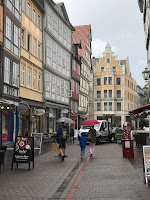 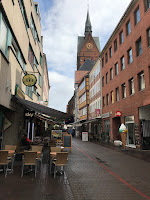 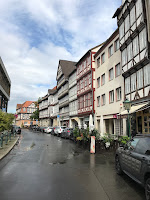 It's been another delightful trip to Hannover (with side trip to Hamburg), but it's time to move on to our next stop before returning home.