As we wander through the streets of Hannover, we find much art filling the public spaces and treating us all to artistic, intriguing, and (occasionally) whimsical delights.  Our initial stroll through the pedestrian-only city center passes by several great sculptures 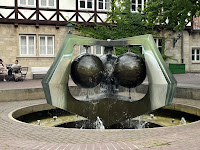 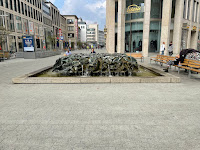 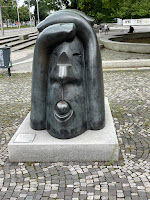 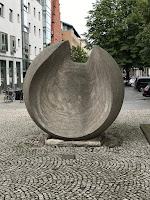 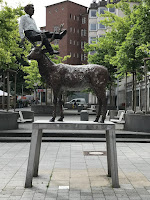 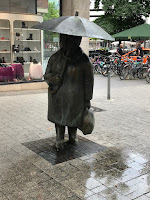 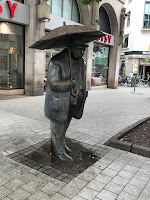 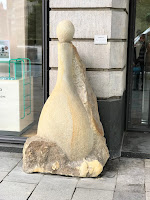 Sculptures in the city center
Wandering out of the pedestrian area, past the New Town Hall, toward the Maschsee, we find more modern art (near the Sprengel Museum). 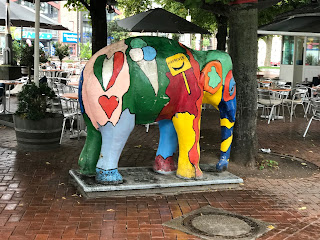 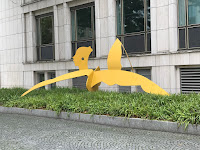 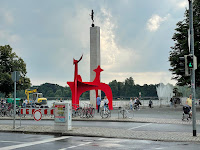 Near the Maschsee
Between the Market Hall and the Leine River is the Göttingen Seven Monument, dedicated to a group of seven liberal professors from Göttingen who in 1837 protested against the dismissal of the constitution of the Kingdom of Hanover by its new ruler, King Ernest Augustus, resulting in their discharge from the university and expulsion from the country for several of them. 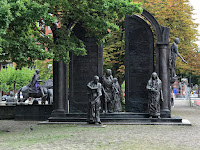 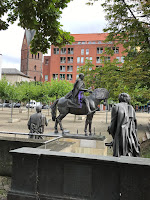 The Göttingen Seven
Along the Leine River, the Sculpture Mile was created between 1986 and 2000 along Brühlstraße and Leibnizufer Streets, consisting of oversized sculptures stretching about 1,200 meters (0.75 miles) along the streets, many in the green central islands. 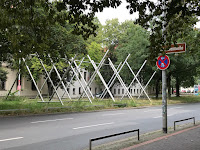 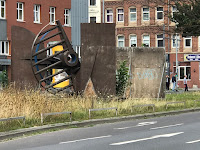 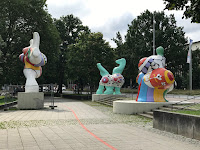 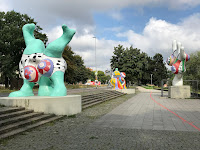 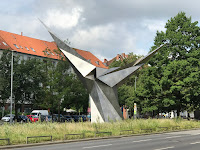 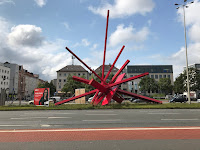 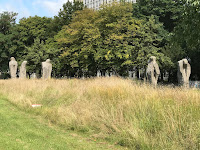 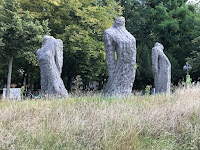 Along the Sculpture Mile
Another great delight are the whimsical bus stops we run across throughout the city. 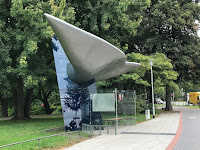 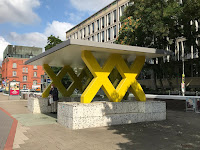 Bus Stops
Hannover has filled the city with art to discover and please as we wander through its streets.