The St. Pauli Piers are the largest landing place in the Port of Hamburg and one of its major tourist attractions.  Located on the banks of the Elbe between the lower harbor and the fish market, they form a central transportation hub, along with numerous restaurants and departure points for harbor pleasure boats.

We reach the waterfront and stroll. 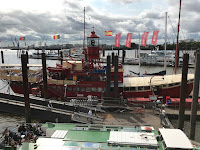 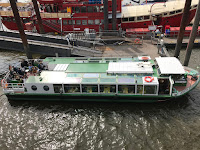 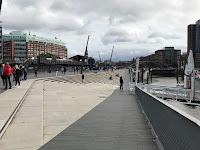 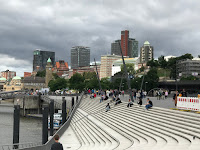 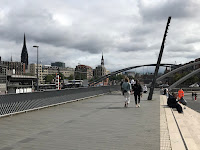 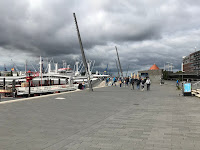 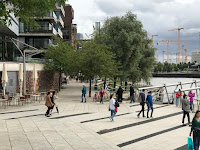 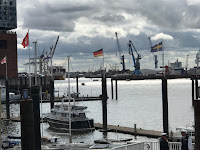 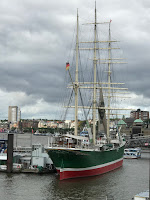 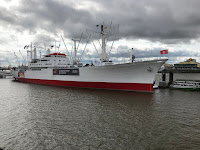 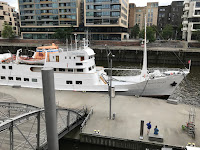 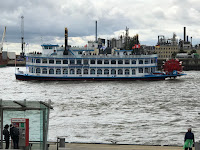 The first pier was built here in 1839 at the edge of the harbor to serve as a steamship terminal, sufficiently far from the city center to mitigate the risk of fire from the steamships which burned coal.  The current pier was built in 1909 on floating pontoons, accessible from the city over ten movable bridges.  Today, ferries, harbor tour ships, motor launches, passenger ships serving the lower Elbe, and passenger ships to Stade and Helgoland travel to the pier.

Across the river is the Hamburg Musical Boulevard, featuring the Lion King. 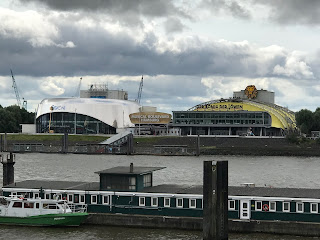 Musical Boulevard
In one direction, we get views back at the city's old town, and to the left, the new Elbe Philharmonic Hall. 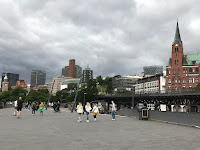 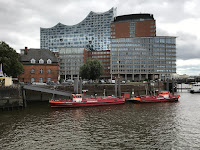 City view, concert hall
A quick stop at a stand hear the Elbe Philharmonic Hall provides a herring sandwich for lunch - what a treat! 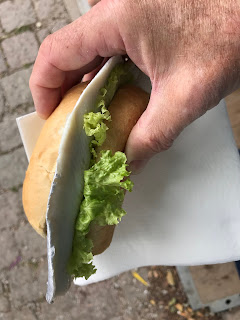 Herring sandwich
Walking past the concert hall, we find a modern area build on the canals, with residences, businesses, shops, restaurants, bars, and docks.  Leading into it an oriental carpet made of stone, with love locks fastened on the bridges alongside. 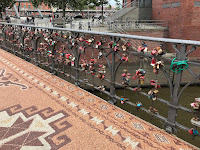 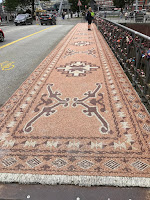 Lovelocks and carpet of stone
The contrast of the old buildings and the new on the canals is quite intriguing. 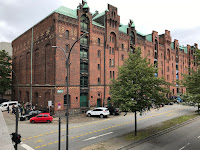 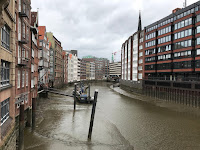 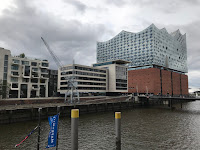 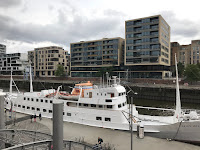 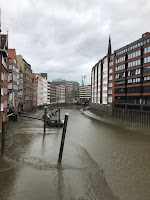 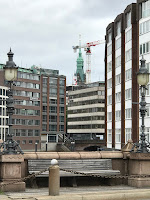 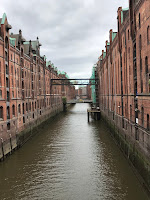 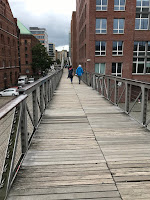 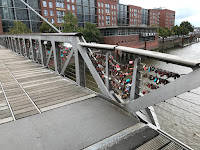 Bridges back to the city (with love locks)
What a truly great place!

Posted by Sojourner at 5:00 AM