Fort Canning Park is the highest elevation within walking distance of Singapore's business district and in the 1800s, a fort was built on the site to defend Singapore's harbor.  It is believed that the hill was the center of Singapore in the 14th century, consisting of a palace and other religious and commercial buildings.  Now it holds Singapore's reservoir and a great park with hiking paths, an aquarium, the national theater, concert sites, sculpture, great trees, and fabulous views across the city. 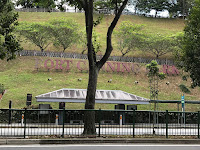 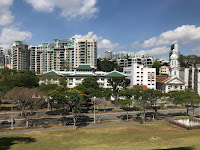 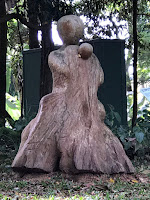 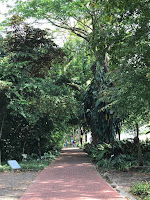 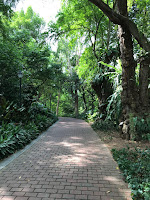 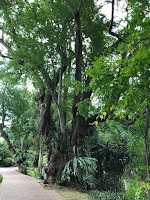 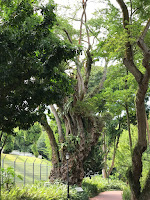 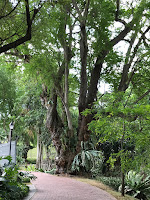 The reservoir at the top of the hill holds 30 million gallons (114 million liters) of water that is pumped up into the reservoir and then flows downhill to the houses and offices of Singapore.  They're also serious about security at the reservoir. 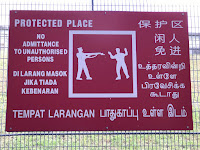 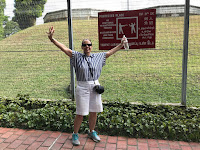 Don't mess with the reservoir!

Across River Valley Road from Fort Canning is Clarke Quay, five blocks of restored warehouses on the Singapore River, now holding restaurants, nightclubs, and shops.  With many of the locastions directly on the river bank, there are also river cruises, river taxis, and floating pubs and restaurants. 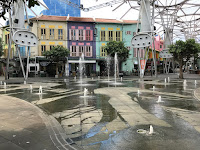 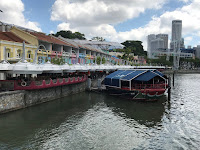 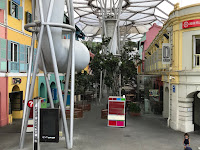 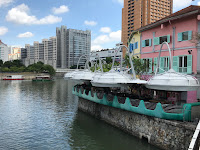 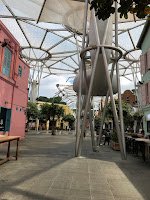 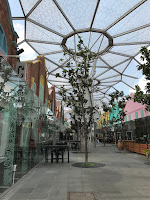 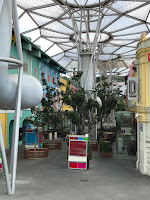 All through Clarke Quay there is great street artwork on the walls and buildings of the complex. 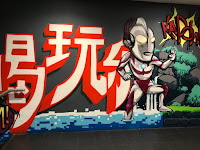 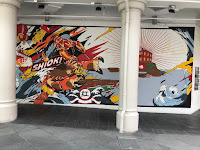 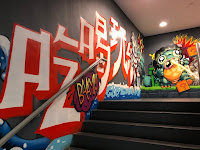 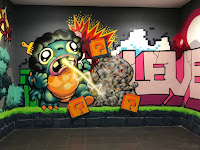 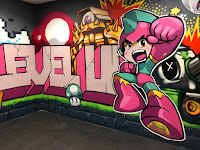 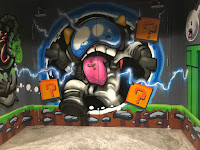 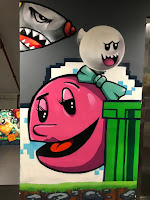 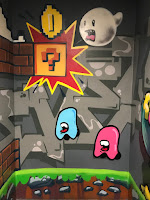 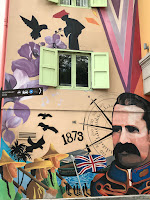 And, even the restaurants and clubs have a whimsical side to their displays. 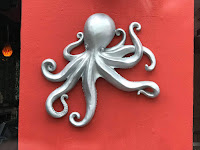 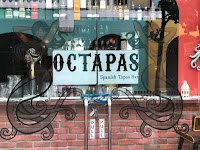 Guess what this restaurant serves (yummm)

We need to return at night, when the joint is hopping!