Hỏa Lò Prison was first used by the French colonists in French Indochina to hold political prisoners and later by North Vietnam to hold U.S. prisoners of war during the Vietnam War, at which time it was known to Americans as the Hanoi Hilton.  The museum on the site of the former prison provides insight into both periods in Vietnamese history.

The entrance to the prison shows the layout and the conditions encountered by the prisoners held by the French, many of whom later became leaders of the North Vietnam government. 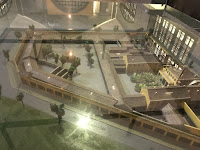 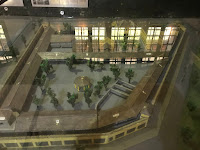 Layout of the prison 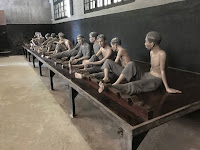 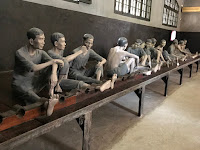 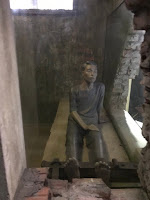 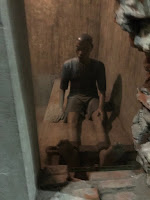 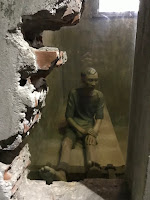 Artwork depicts the daily life of the prisoners and one display shows the guillotine used by the French in the prison. 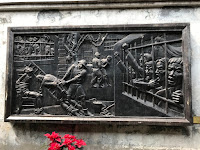 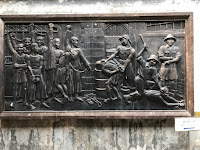 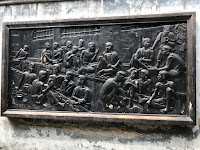 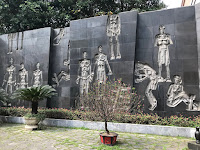 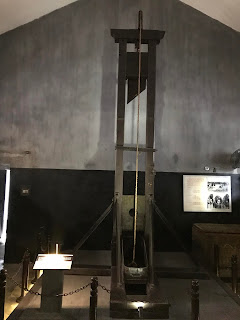 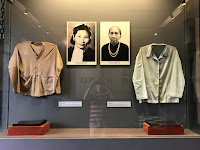 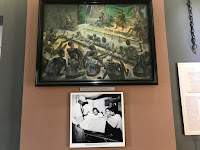 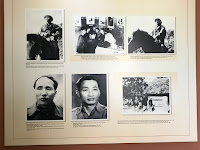 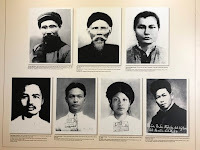 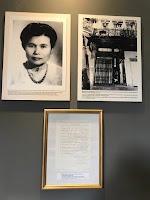 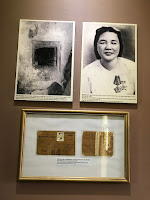 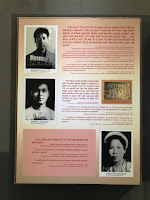 Stories of prisoners held by the French 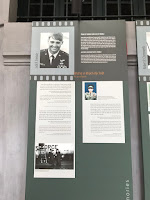 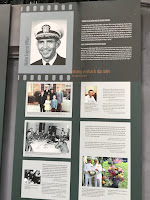 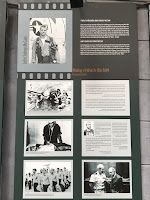 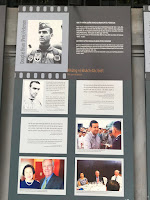 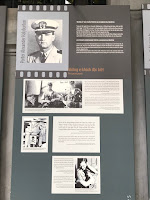 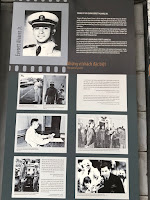 Stories of prisoners held by the North Vietnamese

Along the way on the path through the prison are also plaques listing and commemorating the people who have been held here. 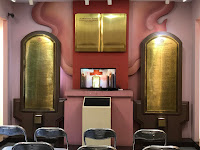 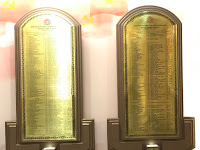 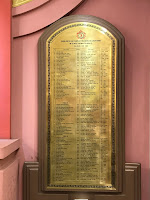 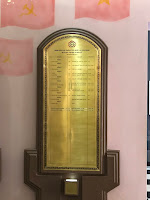 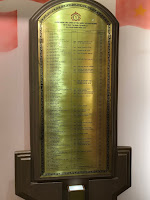 This has been quite a sobering and reflective visit, viewing the history and conditions of confinement in both eras of the life of Hỏa Lò.