Ho Chi Minh Memorial Park in Hanoi is dedicated to the Vietnamese Revolutionary Leader and President Ho Chi Minh.  The center of the park contains a mausoleum which serves as the final resting place of Ho Chi Minh, known as the Ba Dinh Mausoleum.  The grounds of the park are beautiful and include a museum, the Bao Tang Ho Chi Minh Museum, with exhibits related to the former leader.

Ho Chi Minh led the Viet Minh Independence movement in Vietnam from 1941 through the end of his tenure as President of North Vietnam and Chairman and First Secretary of the Workers' Party of Vietnam in 1965.  North and South Vietnam were reunified in 1976 and the former capital of South Vietnam, Saigon, was renamed Ho Chi Minh City (although, we've found that many people still call it Saigon). 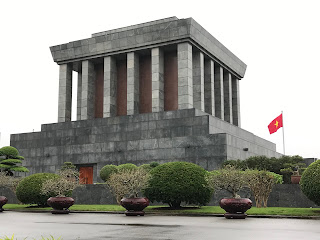 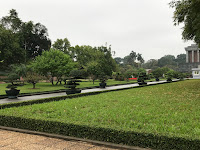 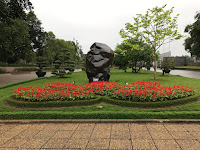 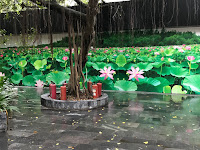 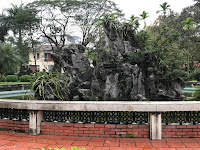 The park holds almost 250 varieties of plants and flowers from all regions of Vietnam.  The pathways are lined with beautiful pots of topiaries, defining areas of the park and offering their own contribution to the serenity and beauty of this place. 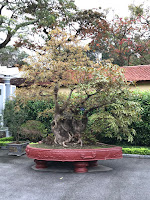 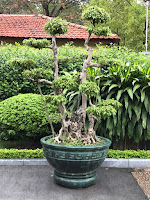 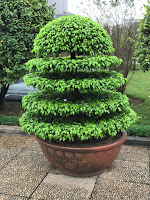 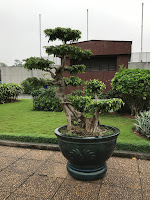 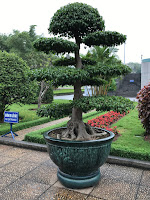 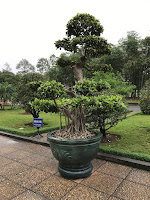 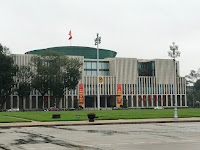 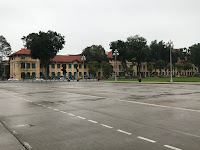 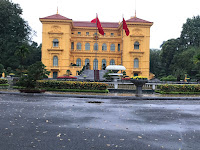 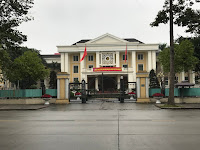 The park is a quiet, oasis in the city and a fabulous memorial to Ho Chi Minh.