As I fly into Ho Chi Minh City, I see the Saigon River winding through the farmland surrounding the city and, finally, leading to the airport.  Officially, I am arriving in Ho Chi Minh City, but it seems that everyone calls it by its old name, Saigon.  Ho Chi Minh was the leader of the Vietnam independence movement from 1941 on and was key to establishing the Democratic Republic of Vietnam (North Vietnam) in 1945.  He served as prime minister and president of Republic as well as a key figure in the People's Army of Vietnam and the Viet Cong during the war.  The capital was renamed after the war, but now seems to be drifting back to its old name. 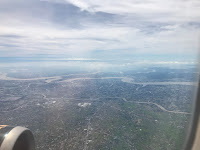 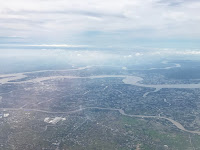 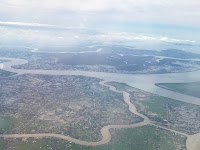 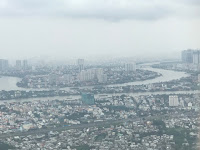 River leading to the city

I check into the Renaissance Riverside Hotel Saigon and get a great room on the river, with views in both directions. 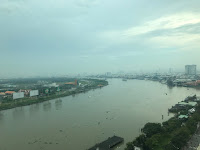 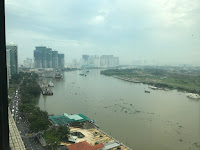 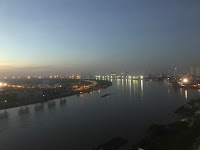 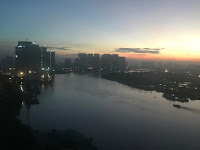 Views up and down the river, day and night

For my first stroll in Saigon, I head out of the hotel and up the high-end shopping street, Dong Khoi, and, wow, the street signs have the French names and I can read them.  This is really going to help me find my way around!

A few blocks up Dong Khoi, I pass the Opera building, home of the city's ballet and symphony, across the street from the new subway under construction. 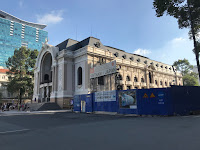 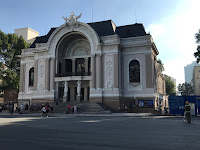 The street is great, with shops, parks, and, on a wall surrounding construction, pictures from the life and rule of Ho Chi Minh. 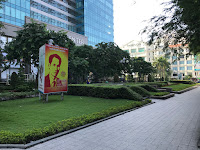 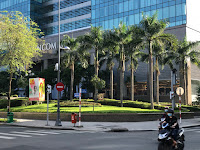 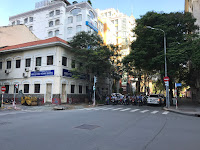 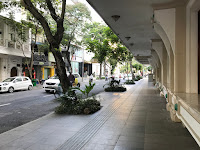 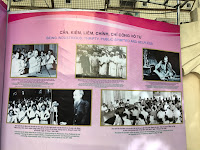 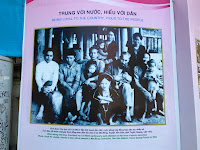 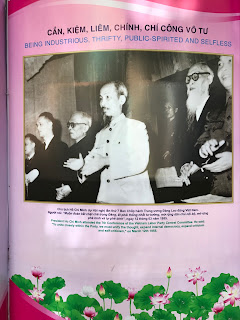 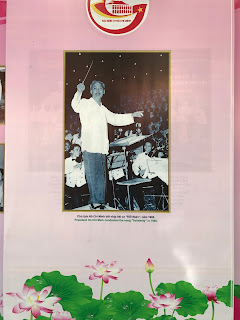 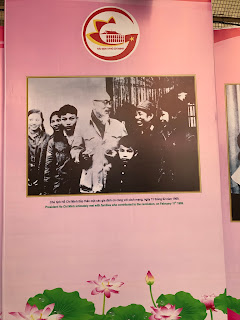 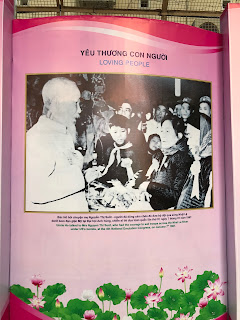 Scenes from the life of Ho Chi Minh

Moving on, I reach the Notre Dame Cathedral, completed in 1880, looking like a miniature version of the Paris cathedral with the same name. 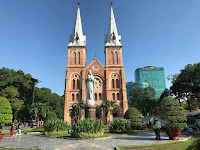 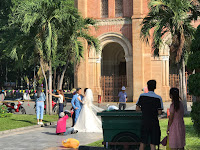 The post office across the street from Notre Dame is an incredible example of French Colonial architecture, perfectly preserved to look just as it was at its opening in 1891.  The post office is believed to be designed by Gustave Eiffel (also designed a tower in Paris). 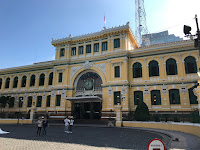 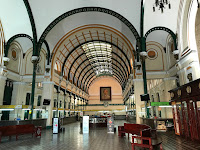 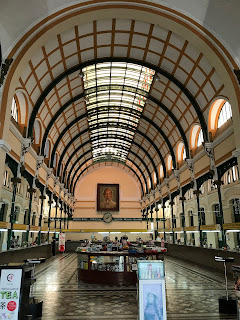 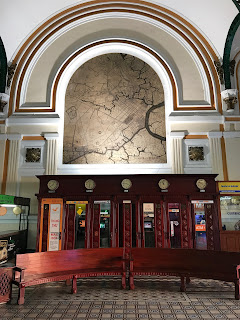 Leaving the post office and walking around Notre Dame Cathedral, I reach the boulevard extending from Notre Dame toward the Palace.  I stroll through the center parkland and enjoy the tropical climate. 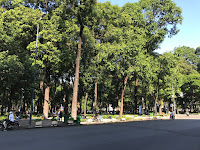 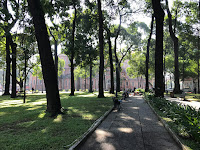 Park in the center of the boulevard

It's been fun walking and looking at some important buildings in Saigon, but it's time now to head to down the street to see what else I can find.