Emerging from the ethnic communities of Little India and Chinatown in Kuala Lumpur, I cross the Gombak River and walk among the grand Malaysian government buildings and admire the incredible architecture.  The first building across the river from Chinatown is the Kuala Lumpur Railway Station, built in 1892 with a mixture of eastern and western designs.  The main hall of the station opens into a small pavilion with a movable roof and a stylish Italian clock mounted above. 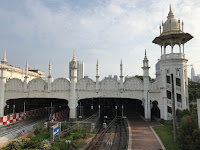 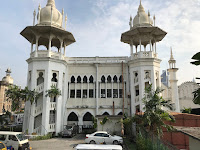 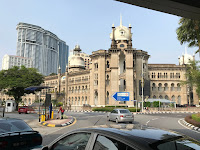 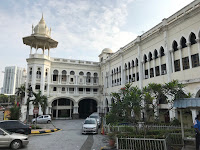 Across the street from the railway station is the impressive KTMB Building, administrative offices for the Malaysian Railway. 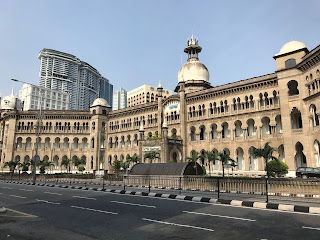 Down the street from the railway station is Merdeka Square, also known as Independence Square, with the Textile Museum and many Malaysian government offices.  In 1957, the British flag was lowered in the square and the Malaysian flag first raised as the country gained independence. 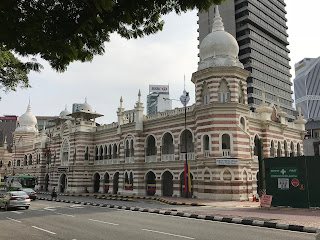 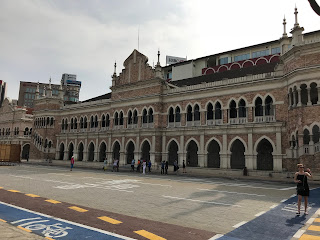 One dominant presence alongside the square is the Sultan Abdul Samad building, originally housing the offices of the British Colonial Administration and, after independence, the administration of the Federated Malay States, and, later, the supreme courts of Malaysia.  The building is currently shared by the Ministry of Communications and Multimedia and the Ministry of Tourism and Culture.  The design is a inspired by North Indian Islamic architecture, with elements of Moorish and European mixed in for quite an eclectic ensemble. 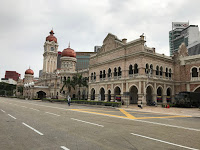 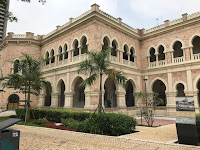 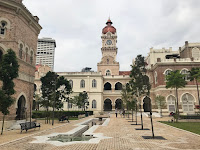 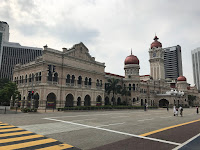 Next to the Sultan Abdul Samad building is the old High Court building and, across the street, the modern Countdown Clock, a water-clad pavilion built in 2011 to "promote public appreciation of well-designed urban spaces and public arts."  The Countdown Clock is open for people to walk through the water curtain and pool during the day. 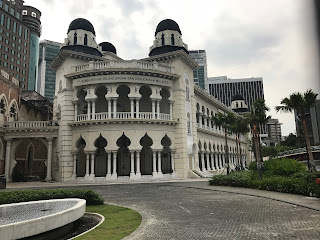 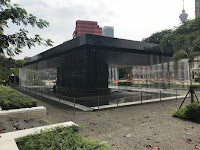 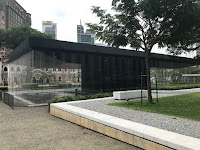 The Moorish and Islamic architecture of Kuala Lumpur (and the European influences) are fun to see and admire and this has been a great walk through the older, government-oriented, parts of the city.