Located between Kuala Lumpur's Chinatown and Little India, Sri Mahamariamman temple is the oldest Hindu temple in Malaysia, dating from 1873.  The temple has served continuously as a key place of worship for Indian immigrants to Malaysia and is decorated with Hindu gods in South Indian style. 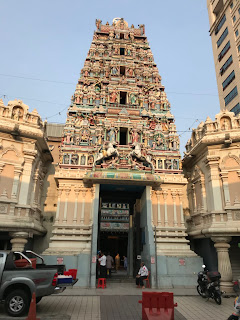 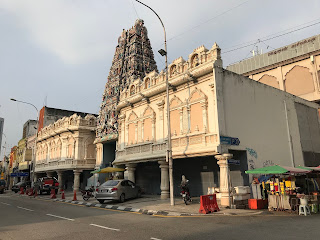 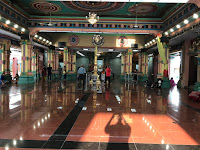 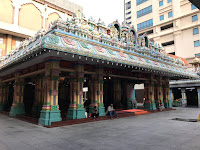 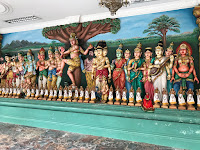 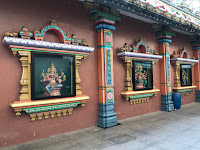 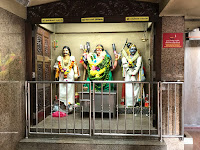 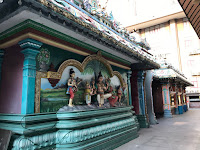 Across the street and down a block is the Guan Di Temple, a Chinese Taoist temple, dedicated to one of China's greatest warriors, General Kwan Guan Di, who was given the title "God of War" and is worshiped for his fighting and war skills. 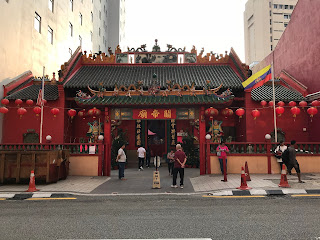 The temple is small, but bright and colorful and a delight to wander through.  Near the entrance are fierce-looking statues of generals watching over the temple with their intimidating presence. 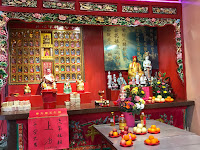 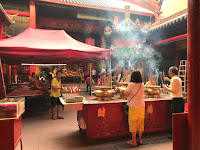 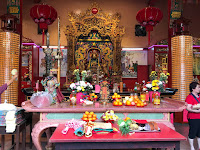 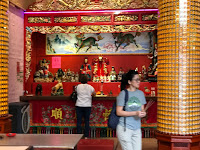 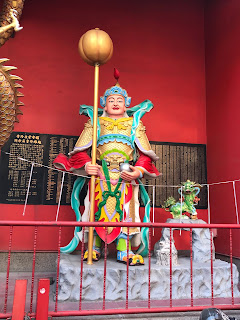 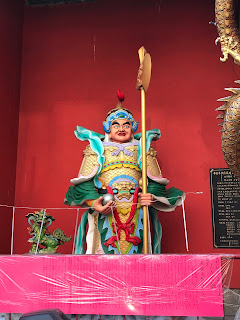 Generals watching over the entrance

A few more blocks away is the Sin Sze Si Ya Temple, the oldest Taoist temple in Kuala Lumpur, founded in 1864 and dedicated to the deities Sin Sze Ya and Si Sze Ya, who aided Yap Ah Loy in his rise to Kapitan Cina ("Capitan China," Captain of the Chinese) of Kuala Lumpur.  Kapitan Yap Ah Loy came to Kuala Lumpur from China and and rose to become the third Kapitan Cina and governed Kuala Lumpur during its founding years, laying the foundation for the city to become the capital of Malaysia.  Yap Ah Loy had the temple built in appreciation of their help in his ascension and it is currently the cultural center for the Chinese community in Kuala Lumpur. 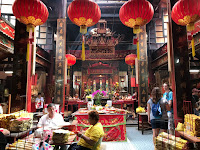 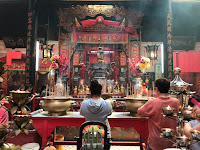 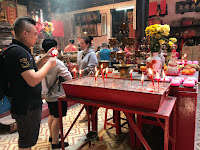 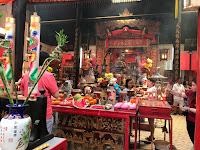 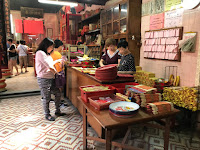 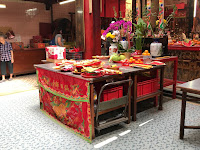 All three temples provide tranquil places to worship in the bustling and noisy surrounding community.