Malaysia is a multicultural country with a Muslim component of approximately sixty percent of the population.  Kuala Lumpur has some truly impressive mosques for worship of Islam and I wander through a few of them.

The National Mosque of Malaysia is near the railway station, can hold up to 15,000 worshipers, and contains a mausoleum for Malaysian heroes.  Much of the mosque is open, with the main roof representing an open umbrella and the minaret a closed umbrella.  Reflecting pools and fountains are spread throughout the compound. 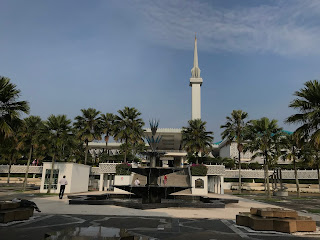 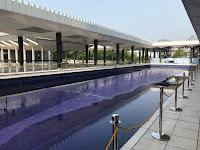 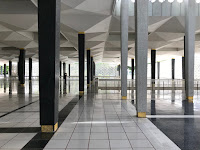 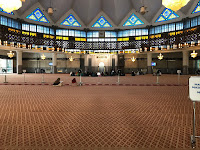 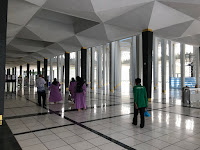 Near Merdeka Square and the Malaysian government buildings, the Masjid Jamek (full name, Sultan Abdul Samed Jamek Mosque) is one of the oldest mosques in Kuala Lumpur and was built in 1909 at the location of an old Malay burial site.  The mosque is a combination of Moorish and Indian architectural influences and served as the primary mosque of Kuala Lumpur prior to completion of the National Mosque. 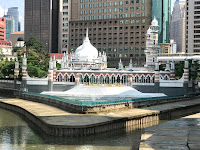 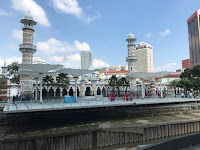 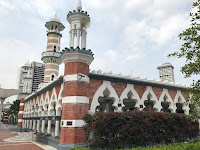 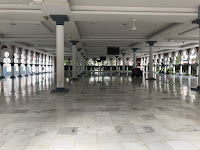 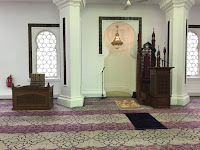 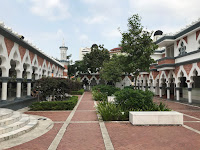 These are two of the most important mosques in Kuala Lumpur, but as I wander through the city, I run across other mosques, all with great architecture and wide-open, grand spaces to worship.  One of them, Masjid Kampung Baru (Kampung Baru Mosque) is just across the river from my hotel, in the Kampung Baru area that is my next destination 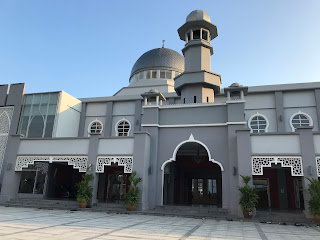 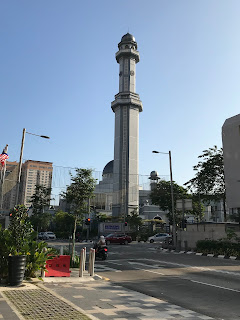