A Few More Temples in Saigon

I walk from my hotel to Chinatown, about 1-1/2 hours away, and pass several temples along the way, with many similarities in architecture and layout.

Closest to the hotel and near the Hochiminh Stock Exchange is the Hoi Quan Quang Trieu Temple, dedicated to the Chinese sea goddess, Mazu, also known in Vietnam as the "Lady of the Sea" and credited with saving family members during a typhoon.  The temple was first built in 1760 and the entrance is now in the middle of a commercial block.  I walk by it, note that I have gone too far, and walk back to find it, requiring several passes before I see the temple inside the courtyard. 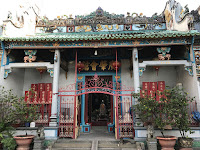 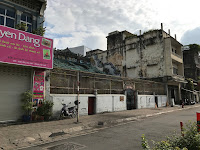 Temple entrance in the middle of the block

Inside the temple is a courtyard with an alter to Mazu containing three statues of the goddess. 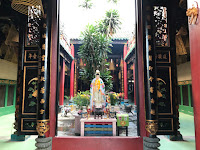 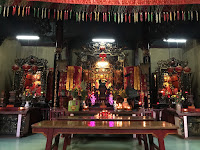 Courtyard and alter to Mazu

And, other great interior statues and displays. 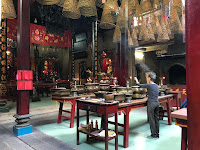 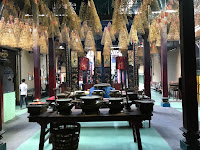 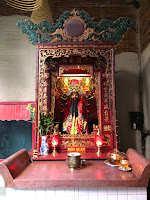 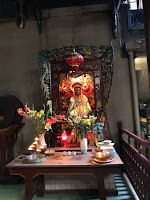 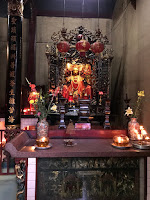 A half hour further, on the edge of Chinatown is the Thien Hau Temple, also dedicated to Mazu, the Lady of the Sea.  The entrance is near a corner and a little easier to find, but the temple layout and design are very similar. 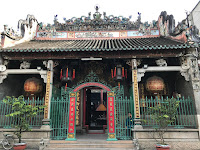 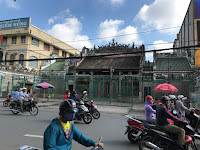 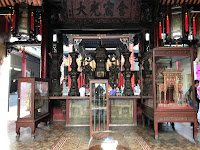 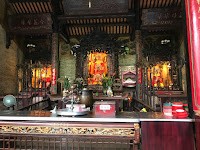 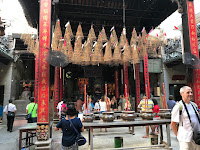 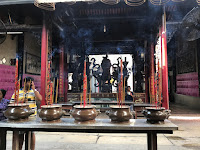 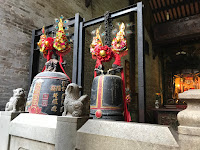 On my walk back from Chinatown, I stumble across another temple dedicated to Mazu, the Chua Ba Hai Temple. 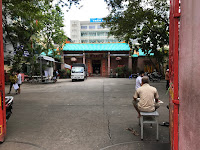 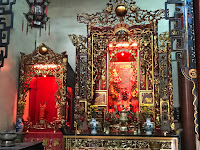 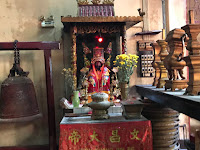 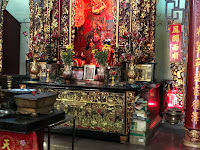 The temples are similar, but each with its own personality and character.  The combination is great to see to view the individual identity of each, even through all dedicated to Mazu.