The entrance price is 15,000 VND ($0.66 USD) and, after paying, I enter the front courtyard that is full of US military equipment from the war. 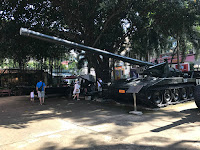 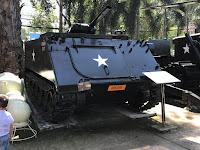 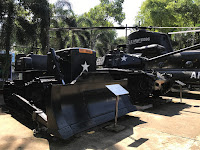 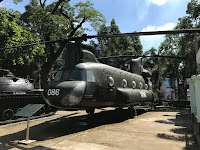 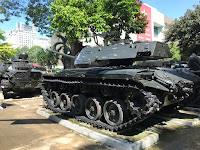 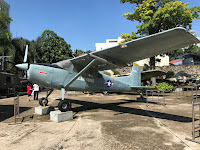 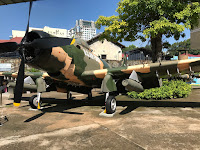 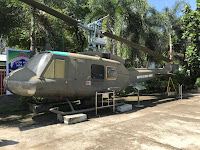 Inside the museum are nine permanent thematic exhibitions, with rooms dedicated to history of the war, post-war war recovery, use of agent orange during the war, international support for the Vietnamese, and imprisonment systems during the war.

The first floor has displays of battles, anti-war sentiment, and soldier's gear from the war. 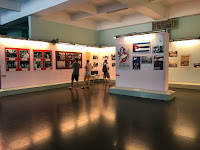 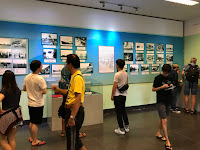 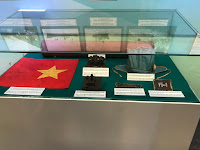 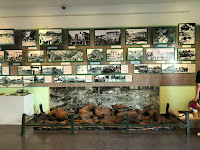 Pictures and articles of war

The upper floor is sensational and thought provoking, with details of agent orange after effects, results and discussions of war crimes (from the Vietnamese perspective), and stories from individual soldiers. 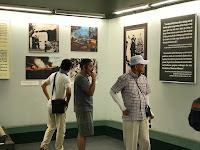 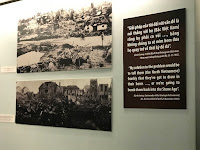 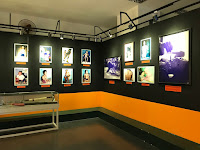 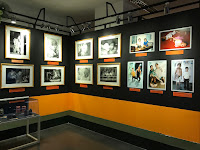 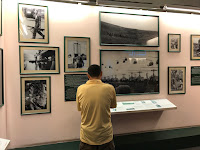 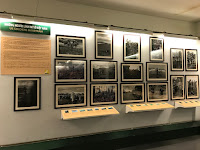 Stories of the war

Scattered throughout the rooms are individual soldier's weapons used in the war. 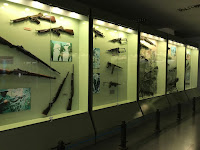 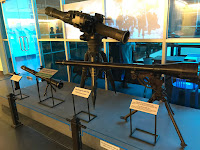 Whereas some of the pictures and displays are quite disconcerting, particularly those of the children affected by agent orange, the final exhibit of the imprisonment systems and guillotine used by the South Vietnam government is also riveting and seriously disturbing. 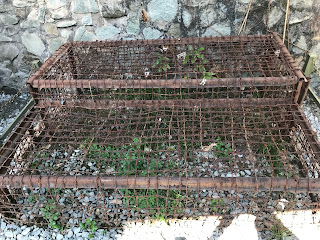 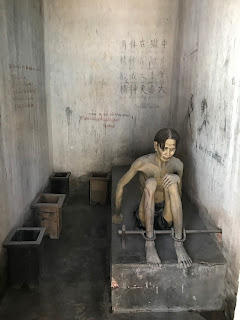 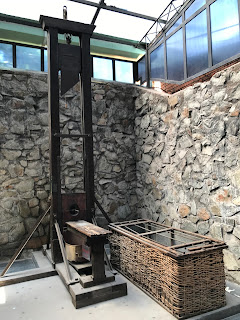 The museum was truly enlightening and depressing, it's time to head out into the modern, hopefully-less-violent world.