Temple of Heaven in Tiatan Park

Beijing's Temple of Heaven is a UNESCO World Heritage Site located in Tiatan Park, southeast of Tianamen Square.  Built between 1406 and 1420, the temple was a holy site through the Ming and Qing dynasties, with royal alters for sacrifices to Heaven, Earth, the Sun, the Moon, and other forces of nature and to pray for good harvests and favorable rain. 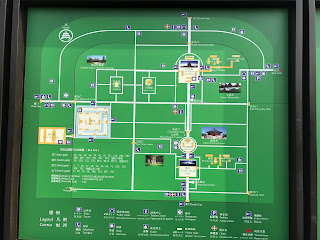 Map of the Temple of Heaven

As I walk in from the south, I first enter the Long Corridor, off of which are 72 rooms associated with animal sacrifice, including the Animal Killing Pavilion, the Divine Kitchen, and the Divine Warehouse.  Currently, animal sacrifices are apparently no longer performed in this facility and the corridor is a great resting place for people to hang out with friends and hold a few friendly games. 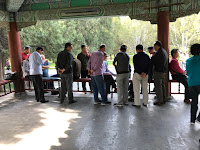 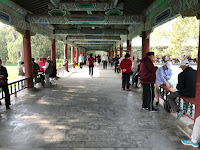 Hanging out in the Long Corridor

At the northern end of the Long Corridor, the Hall of Prayer for Good Harvests dominates the scenery, elevated on a huge marble base, the Hall was used by the emperor to pray for good harvests. 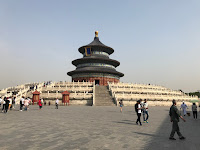 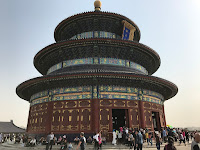 Hall of Prayer for Good Harvests

Inside the magnificent triple-gabled hall are is the alter for prayers. 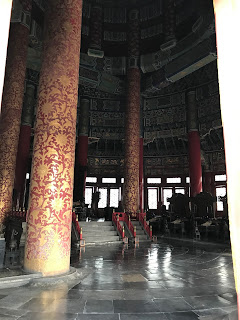 Alters for prayers for good harvests and rains

On the elevated marble base are several smaller Annex Halls, which hold exhibitions describing the Hall and the worship and prayers carried on in each. 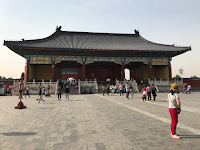 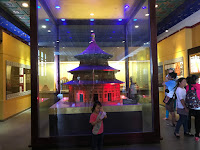 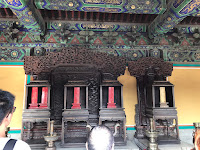 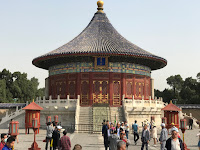 Across from the Imperial Vault of Heaven is the Circular Mound Alter, built of three circular levels of marble, where the emperor prayed for good weather. 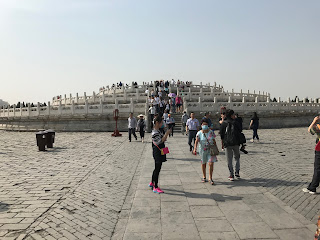 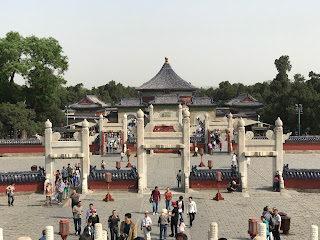 Leaving this complex, I have one more stop in the park, to the northwest of the Circular Mound Alter is the Palace of Abstinence or Fasting Palace, where the emperor would live alone for three days prior to the ceremony, following a simple vegetarian diet and avoiding entertainment and court intrigue. 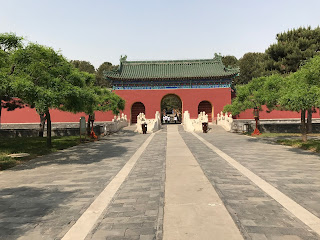 The main hall of the Fasting Palace ("Beamless Hall", consisting of a brick dome with no beam) was built in 1420 and was used for ceremonial rituals during the arrival and departure of the emperor. It now holds exhibitions. 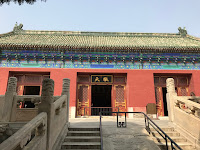 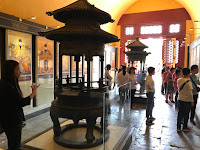 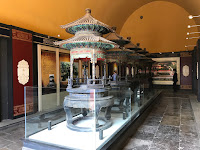 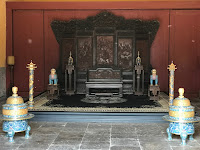 Behind the Beamless Hall is the Living Hall where the emperor would stay and prepare for the ceremony. 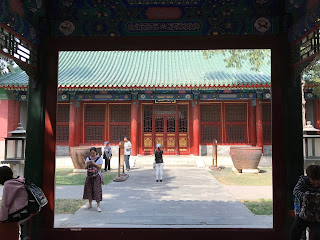 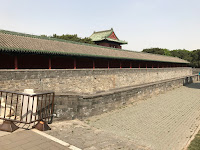 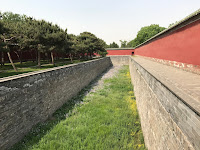 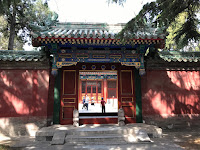 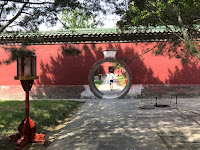 All surrounded by moat and walls and gates

We've traced the emperor's path backwards from the ceremonial halls back to the preparation halls. Now, let's explore the grand park in which this temple is located.

Posted by Sojourner at 8:00 AM