The old residences of Beijing are neighborhoods of narrow, winding streets, called hutongs, off which short passageways connect to courtyards of the small homes.   Several of these hutong neighborhoods have been restored and provide both modern living space and a view of the old city life.

I hop on the Metro to Beixinqiao station, north of the Forbidden City and right at the entrance to Nanluoguxiang, also known as South Lugou Lane, 800 years old and one of the oldest alleys in Beijing. 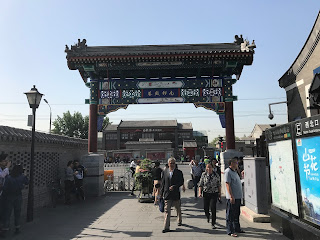 Nanluoguxiang is about 800 meters (1/2 mile) long, with sixteen hutongs branching off it, eight on each side.  Packed with cafes, bars, and boutiques, this is a vibrant and exciting place and I can feel the energy of people having a good time! 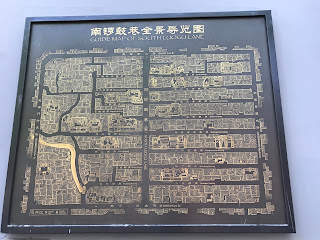 I wander down the alley, taking it all in. 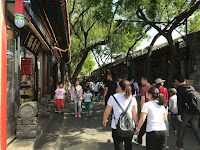 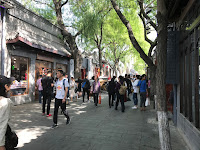 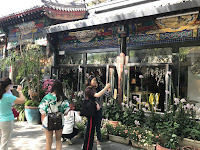 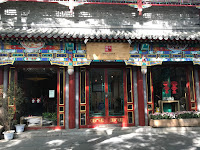 I explore several of the sixteen hutongs, but the true living areas are down passages to small courtyards and I only get a few brief glances from the hutongs. 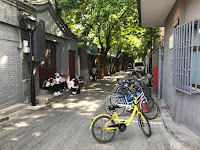 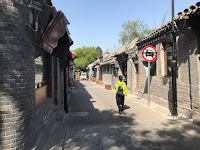 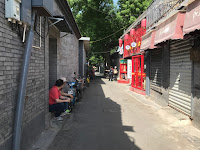 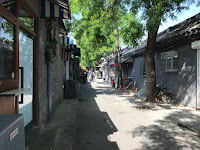 After walking of the alley from south to north, I exit the hutong area and walk a few blocks over to the Bell and Drum Towers, at the top of the  Nanluoguxiang neighborhood.  Originally built in 1272, these towers provided the official time in Beijing through the Yung, Qing, and Ming dynasties (until 1924), with a morning bell provided by a the huge bronze bell in the Bell Tower and an evening drum from the 25 watchman's drums in the Drum Tower. 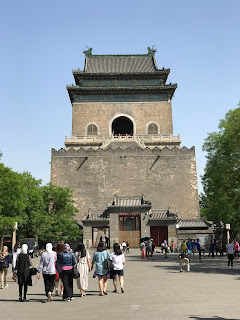 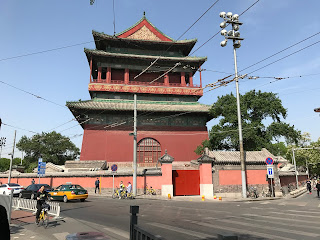 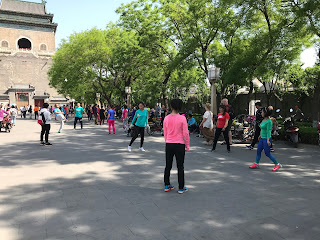 People playing in the courtyard between the towers

This has been another interesting exploration and I move on to find a new adventure.