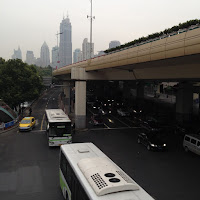 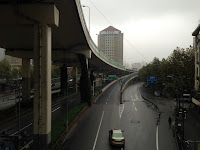 Crossing under the elevated road 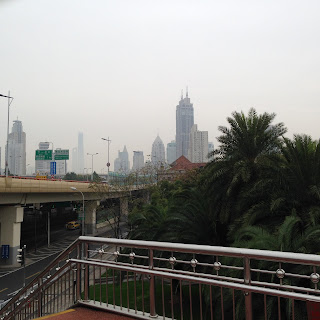 View of Pudong in the distance

Continuing down Shimen 1st Road, I pass an another Shanghai contrast, this time both from old Shanghai.  On one side of the street is the Intercontinental Hotel on a 100-acre historic garden estate.  On the other side are traditional Shangai alleys ("longtang") the tightly-packed Shanghai alleyways with lines of houses. 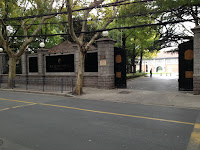 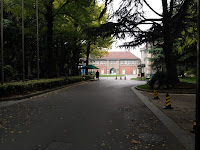 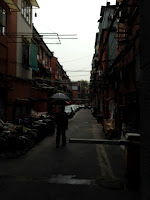 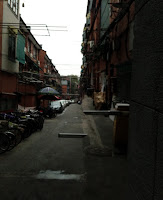 All along the road are parks, tiny oases of calm scattered around the city.  In the morning people are walking, exercising and just meeting with friends. 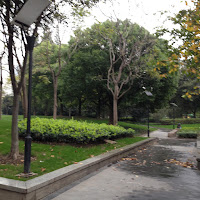 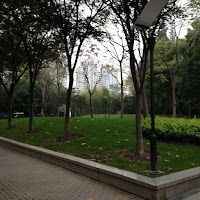 A block or two after the park, I pass a Shanghai hospital.  It's early and the crowds are light.  Later in the day, the sidewalk will be filled with people waiting.  To see a doctor in China, most people go to the hospital, take a number and wait all day for a few minutes with the doctor.  A doctor in China will typically see about 200 patients a day.  It's been reported that the children of doctors do not want to be doctors - it's too hard a job.  Also, acts of violence against doctors in China are increasing as patients become more frustrated. 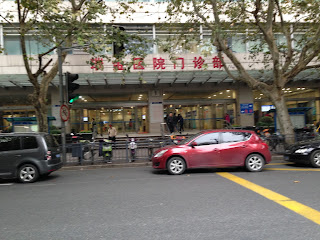 Hospital across the street

I continue on past more longtang and corner bun shops, which are doing a lively early-morning business. 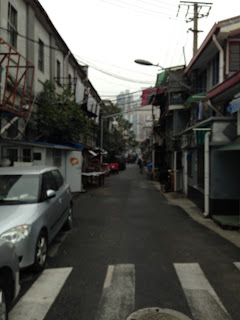 More alleyways all along the way 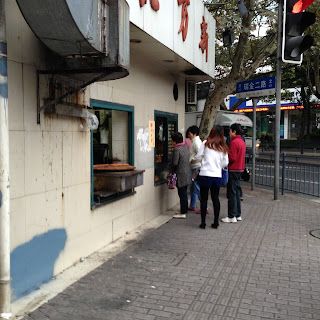 Eventually, I reach Lujiabang Road, where I turn left toward the Nanpu Bridee, after which I'll walk up the Huangpu River to the Bund in the next posting.
Posted by Sojourner at 9:29 AM