Montpellier is located in the south of France, near the Mediterranean, between Marseille and Spain.  In the Middle Ages, Montpellier was an important city in the Crown of Aragon and, later, of Majorca, but sold to France in 1349.  The University of Montpellier was established in 1220 and is one of the oldest universities in the world and the oldest medical school still in operation.  Around 70,000 students at the 15 universities in the city make up about a quarter of the population and the old town has one of the largest pedestrian areas in Europe.  With a Mediterranean climate, a youthful vigor, and a thriving cultural scene, Montpellier is a favorite of ours.
It's a short ten-minute walk from the train station to our rented apartment in Montpellier's old town. 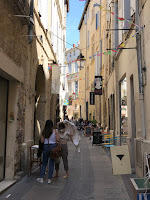 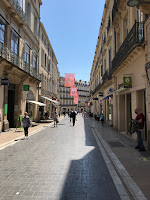 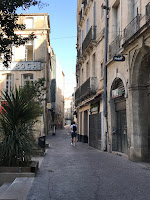 Montpellier old town streets
The small squares we run across every block are two are inviting and we stop for a glass of wine before meeting the rental agent at the apartment. 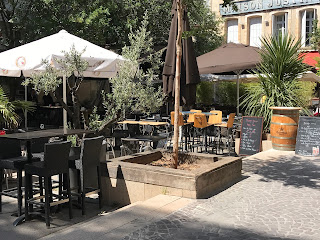 Stopping in the square for a glass of wine 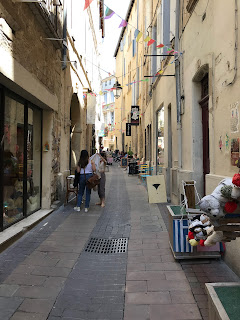 Our apartment door, across from the toy shop
Dropping off our luggage, we head out and wander around our new neighborhood, finding the grocery store, the boulangerie, and the nearby restaurants, gelato shop, and stores. 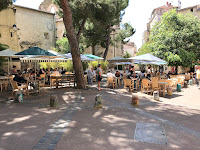 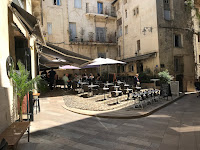 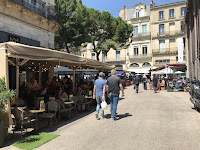 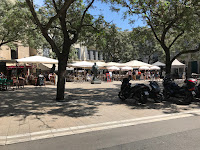 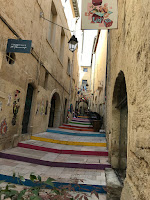 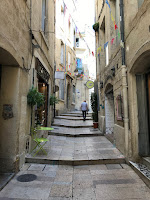 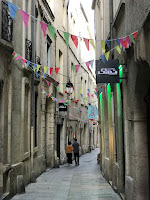 Wandering around our neighborhood
We stroll a few blocks to the center of town, Place de la Comédie, with the opera at one end, tram stations along the side, and grand hotels and parks opposite the tram lines. 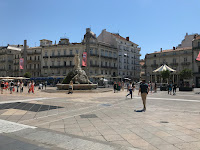 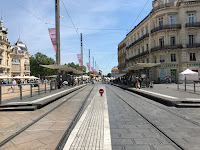 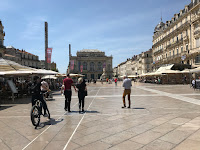 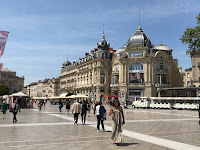 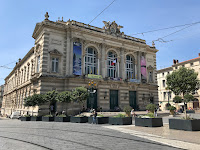 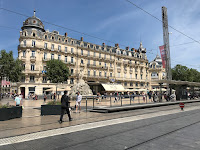 Opera and hotel
The Esplanade Charles de Gaulle extends from Place de la Comédie to the convention center, with parks, lakes, restaurants, playgrounds, and paths.  It's quite popular and full of people relaxing. 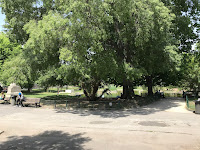 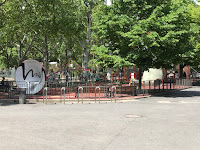 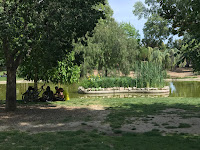 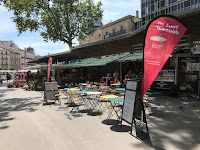 Esplanade Charles de Gaulle
We return to our apartment and wander out in search of an aperitif, followed by dinner and find the squares are filling up with people all with the same intention. 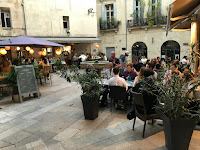 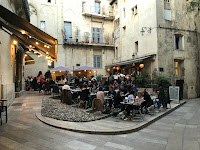 The evening begins
We wander, choose a spot and celebrate our first day in Montpellier.