Antigone and Along the River Lez

Montpellier's Antigone district, started in 1977, is a series of grand neo-classical structures along a unified visual axis one kilometer long, stretching from the old town to the River Lez.  Starting at Place de la Comédie, we walk through the mall to the beginning of the Antigone district, first entering a tree-filled stretch of shops, restaurants, and fountains 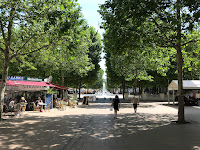 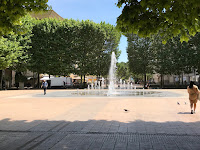 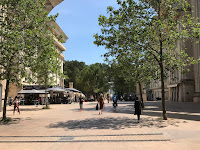 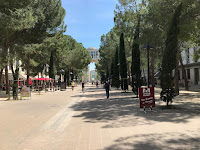 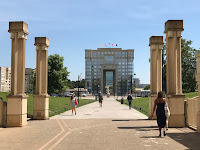 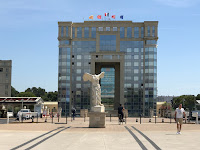 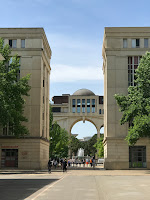 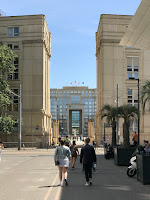 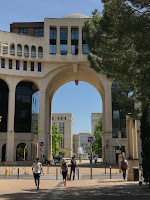 Grand architecture
At the far of the Antigone district, we reach the Lez River at the Bassin de Richter and follow it a ways toward the Mediterranean, 12 km (7 miles) away. 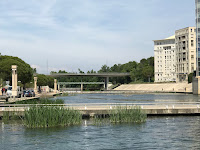 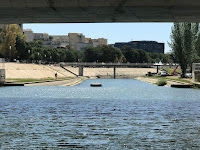 Along the River Lez
There is a lot of construction along the river and find that many kilometers of stages, stands, and booths are being erected for FISE Montpellier, the largest extreme sports event in Europe, due to start a few days after we leave. 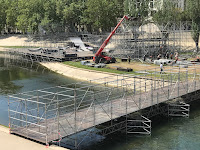 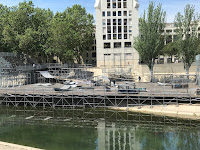 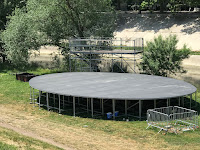 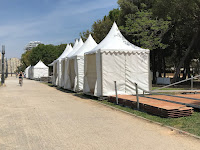 Setup for FISE
Continuing along the Lez, we come to the Port Marianne section of Montpellier, a modern neighborhood across from the city hall, with construction starting in the 1990s and continuing today. 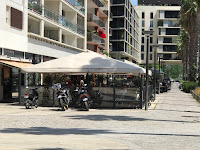 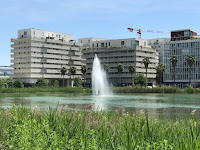 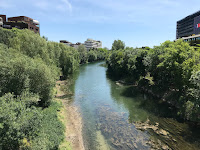 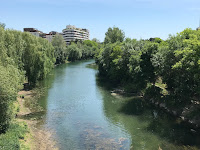 Along the Lez
We turn around and head back on the banks of the Lez.  Later on, we'll rent bicycles and follow the Lez to the Mediterranean, about 30 minutes away, but today we're on foot. 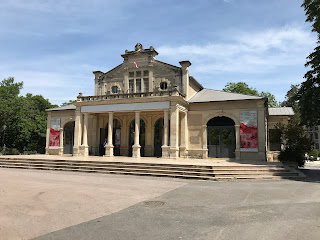