The first mention of Hannover dates from the 11th century and it became a city about 200 years later.  In 1636, Hannover became the seat of the Electorate of Brunswick-Lüneburg, later known as the Kingdom of Hannover, closely aligned with Great Britain.

We leave the hotel, ready for a full day of strolling around this delightful city.  We first pass through the pedestrian district, then by the opera house (built by Georg Friedrich Laves in 1852 and rebuilt in 1948), on our way to Ellenriede, a city forest twice the size of New York's Central Park, one of the largest city forests in Europe. 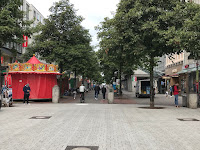 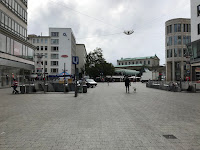 Passing through the pedestrian district 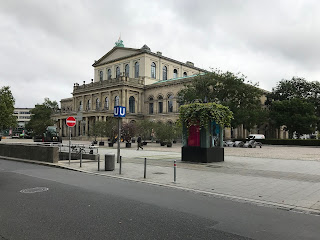 And by the opera house
We enter the park and stroll down some of the tranquil paths. 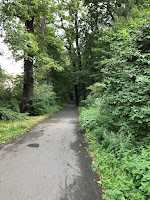 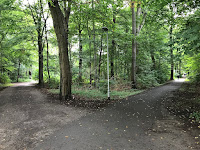 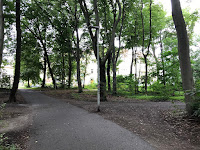 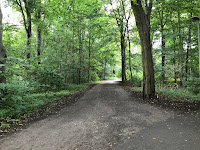 Paths of Ellenriede
Back in the city, the buildings outside the park are elegant, housing music and theater schools. 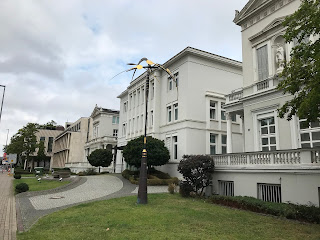 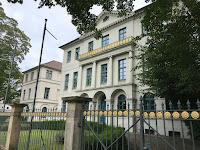 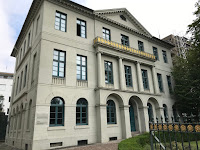 Laveshaus
Continuing past the new town hall, heading toward old town, we follow the Leine River which passes through town with cafes, restaurants, and parks on its banks. 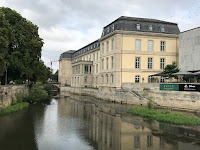 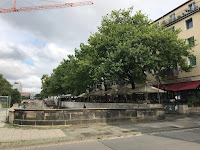 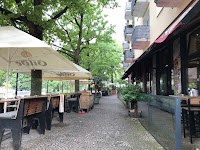 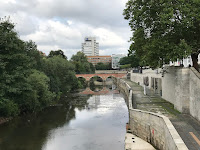 Along the Leine
The river leads us back toward our hotel to start thinking about another meal.

Posted by Sojourner at 5:00 AM