The sweeping roof of the city hall is intended to reflect traditional Chinese architecture, representing a bird in flight as a symbol of the city's growth.  Several adjacent buildings extend and complement this theme, including the main library and the concert hall. 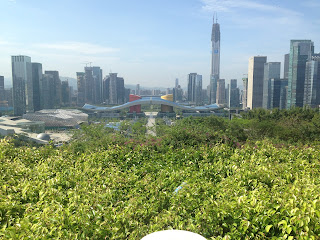 Shenzhen City Hall viewed from Lianhuashan Park
(at the base of the Deng Xiaoping statue)
Leaving the Lianhuashan Park, the walkway to the city hall is filled with flowers. 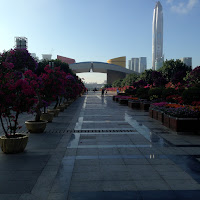 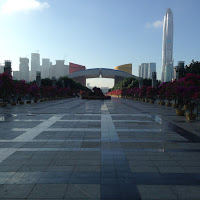 Walkway to city hall
And in the center of the walkway are elaborate floral plantings. 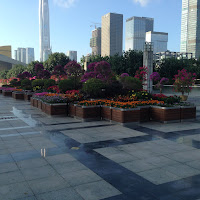 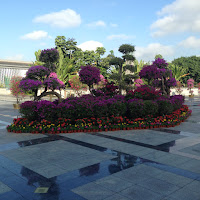 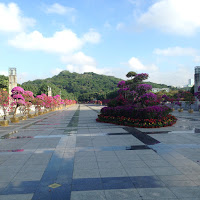 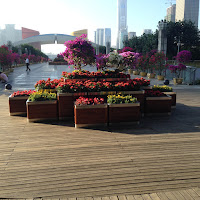 Plantings on the walkway
Reaching the end of the walkway at the city hall building, I see groups of people are dancing and exercising in the shade of the building, quite a different environment from the groups in the park! 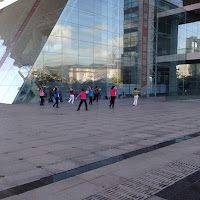 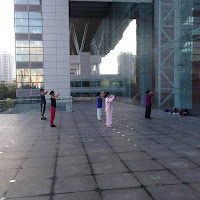 Exercise groups on city hall plaza
Leaving the Shenzhen City Hall Plaza, I descend to the next level and spot appropriate sculptures outside the library and concert hall. 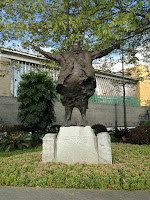 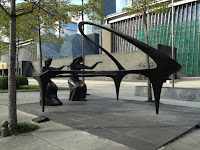 Sculpture outside the Shenzhen Concert Hall 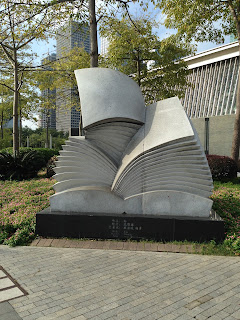 Sculpture outside the Shenzhen Library
And, as I leave the plaza, heading back to my hotel, I run across another of the great signs I find in China, the sign for the square. 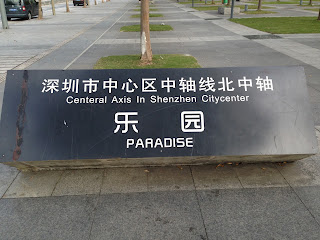 Kind of says it all!
Posted by Sojourner at 5:30 AM