I head down from Napa to spend a fun afternoon flying from Oakland to Salinas to Livermore and back to Oakland.  For the pilot, this is a flight he needs to make periodically to maintain currency.  For me, it's pure pleasure!

We take off out of Oakland and fly down the middle of the San Francisco Bay to Palo Alto, where we turn inland and cross the hills toward the Pacific, flying by Apple's donut-shaped campus. 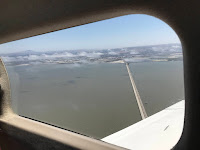 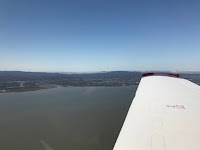 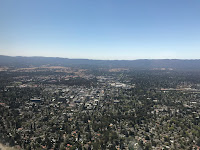 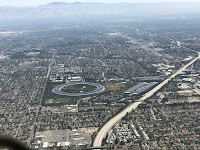 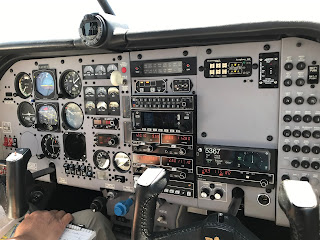 Aircraft instrument panel
Soon we reach the Pacific, near Santa Cruz, looking out at the beaches and Monterrey Bay, with clouds covering part of the coast. 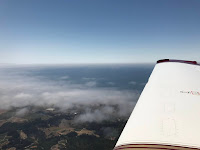 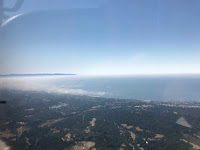 Monterrey Bay
The clouds thicken inland, then dissipate as we cross the coast over the bay, a truly pretty sight as we fly above them, getting brief glimpses of the ground. 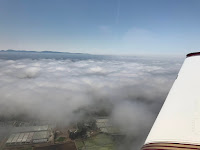 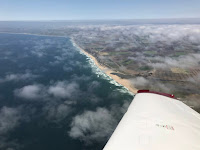 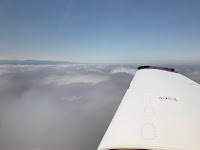 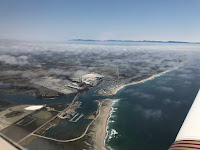 Over land and sea, Monterrey in the distance
We fly a few practice instrument approaches into Salinas, then head east, passing just to the east of Mount Hamilton (elevation 4,400 feet/1,340 meters), over Tracy, and turn west toward Livermore. 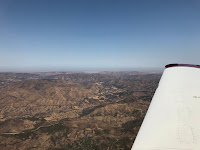 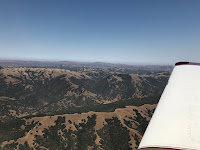 Crossing the hills, Sierra Nevada mountains in the distance
We stop at Livermore for fuel, pulling up to the self-service pumps and filling the tanks. 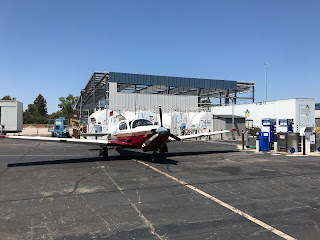 Filling up
From Livermore, it's a short trip across the hills back into the San Francisco Bay area and a right turn toward Oakland. 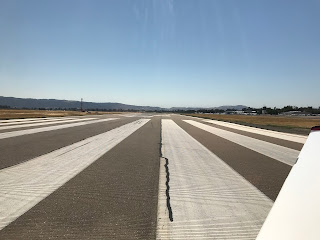 Entering the runway for departure 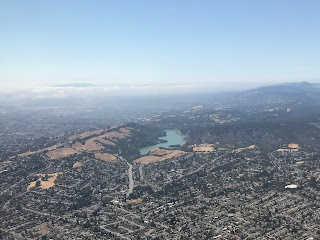 Crossing over into the San Francisco Bay Area 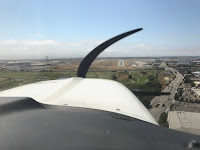 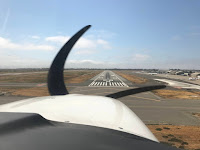 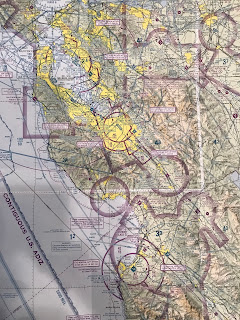 San Francisco sectional chart
It's been a fun and picturesque way to spend an afternoon in the Bay Area!