Lunch in Kihei and Walking back to Wailea

As we walk along the water in Kihei, we see many surfers paddling out and riding the waves back in. 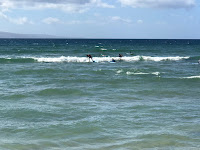 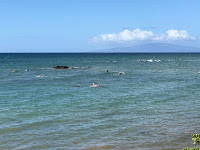 Surfers in the water
At the end of Kalama Park, we come up on a humpback whale statue, commemorating that Hawaii is the only place in the United States where humpback whales mate, calve, and nurse their young.  Every November to May, over half the the North Pacific humpback whale population migrates over 3,000 miles (4,830 km) to the warm, protected waters of Hawaii. 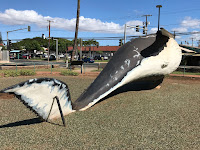 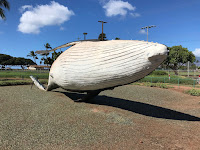 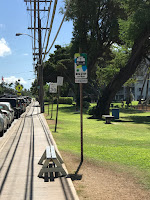 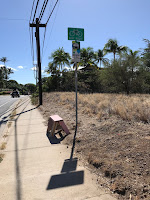 Bus stop bench
We had been hoping for fish & chips at Maui Fish & Chips, but they are closed for the holiday and we get fabulous fish tacos and ahi poke prepared two different ways (traditional and spicy) at the nearby ABC Store and eat in the park across the street. 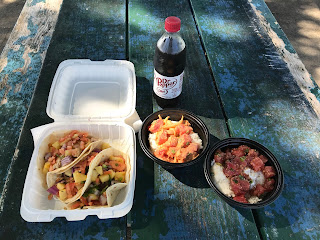 Fish tacos and ahi poke (two ways)
As we walk back through the nature preserve over Eddie Pu trail, we stop to admire the view and watch the people out fishing. 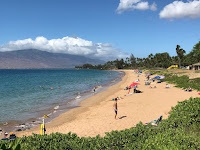 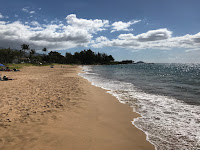 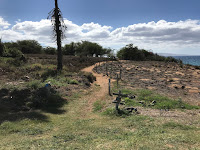 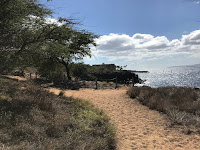 Along the Eddie Pu trail 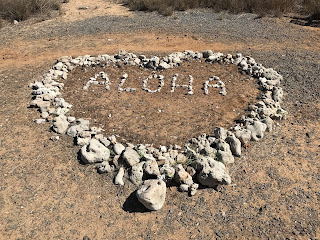 Greetings on the trail 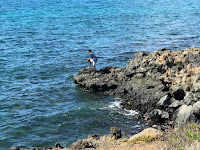 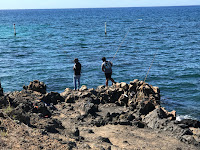 Fishing
We pass through the Kihea harbor and spot a sea turtle that has crawled out of the water and is slowly turning around to head back into the Pacific. 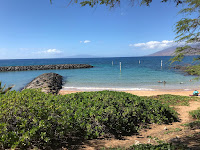 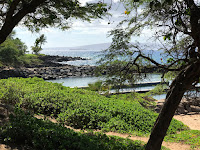 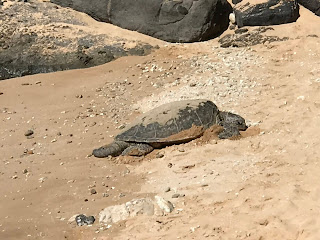 Sea turtle ashore
We leave Kihei behind and cross the beaches of Wailea, heading back to the Grand Wailea, to wind up the day. 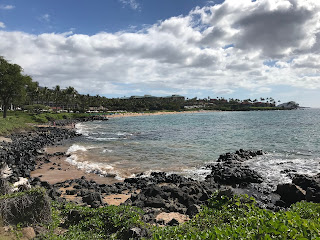 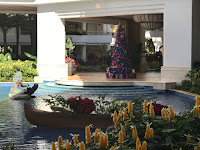 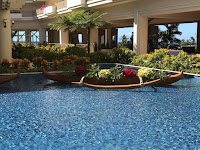 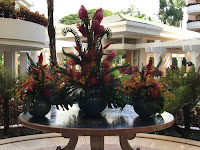 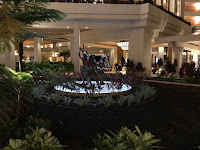 Back at the Grand Wailea 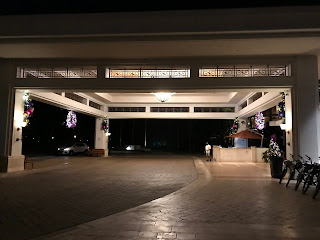 As the day winds down