The Jardin d'Acclimatation is a 19-hectare (47 acre) amusement park located in the northern part of the Bois de Boulogne, next to the Foundation Louis Vuitton.  The park was opened in 1860 by Napoléon III and Empress Eugénie as a park where plants and animals from the French colonies could adopt to France's weather conditions.

During the Siege of Paris (1870-1871), leading to the capture of the city by Prussian forces and the defeat of the French in the Franco-Prussian War, many of the animals in the zoo were cooked and eaten by the residents of the city.  In the later part of the 19th century, the park was converted to the l'Acclimatation Anthropologique, with people from African colonies sharing their customs and lifestyles with the Parisians.  In 1931, the last anthropological exhibition was closed and the park has become a family-oriented leisure park, with games, gardens, rides, and collections of animals on display. 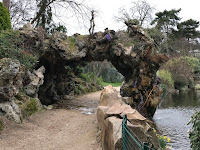 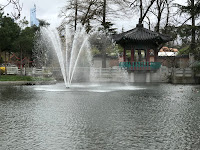 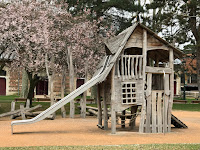 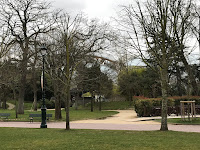 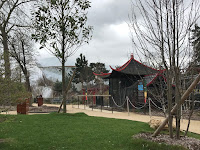 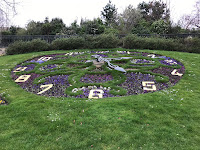 Gardens in the park

The rides are quiet on a chilly day, but we can picture them full of happy people once the weather turns more inviting. 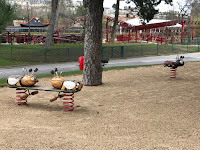 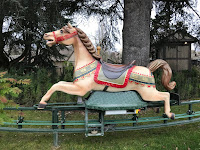 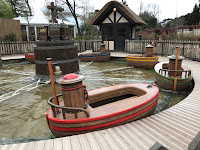 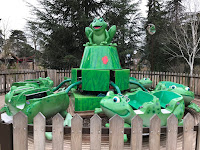 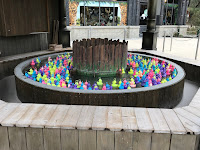 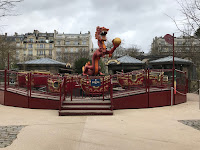 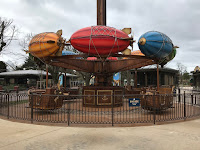 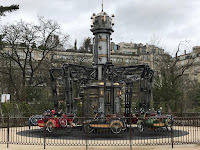 The birds and animals on display don't seem to mind the weather and they are all out looking at us as we peer at them. 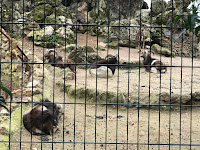 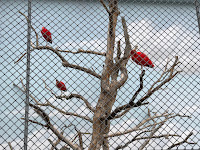 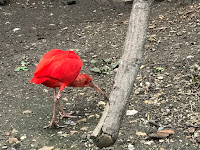 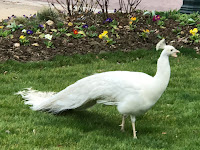 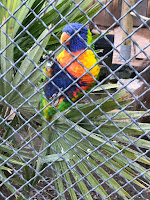 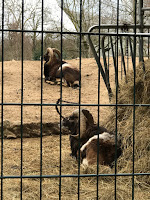 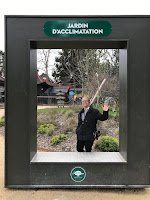 Birds and animals on display

We leave the Jardin d'Acclimatation and walk 2.6 km (1.6 miles) through the Bois de Boulogne, down Avenue de la Grande-Armée, and return to l'Étoile, the Arc de Triomphe, and the beginning of the  Champs-Elysées. 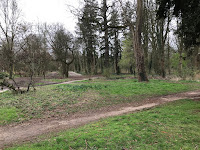 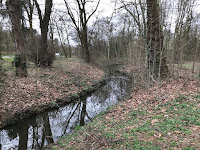 Paths of the Bois de Boulogne 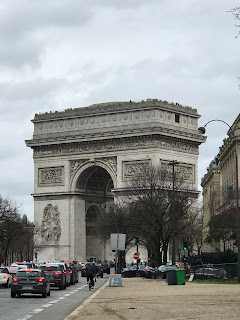