The Vietnam Military History Museum was established in 1956, with halls describing eras of Vietnamese military history.  The grounds of the museum display decommissioned, captured, or destroyed military equipment used by French, Viet Minh, South Vietnamese, and United States forces in the First and Second Indochina Wars.

At the entrance to the museum, MIG-21 fighter jet number 4324 is displayed as a Vietnam National Treasure.  Used from 1967 to 1969, 8 of its 9 pilots have been designated Hero of the People's Armed Forces. 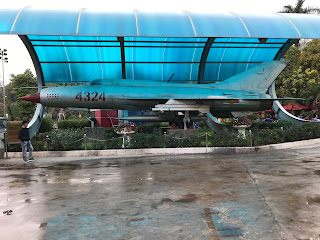 Passing the MIG we come to displays of military equipment from all parties involved in the Indochina conflicts, both ground and air. 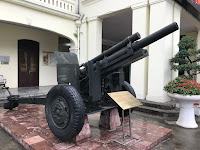 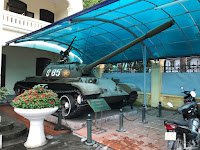 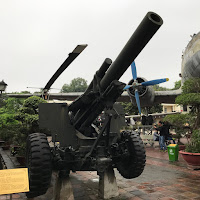 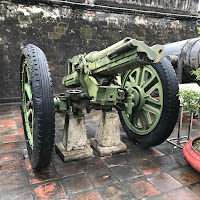 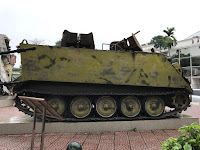 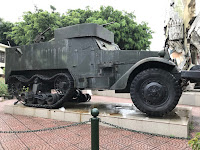 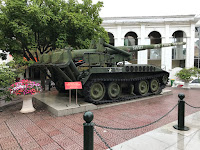 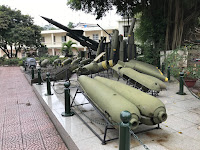 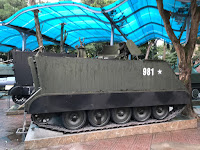 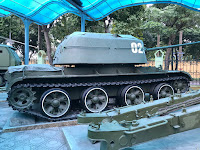 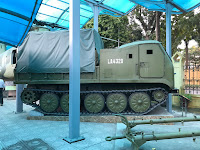 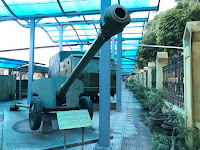 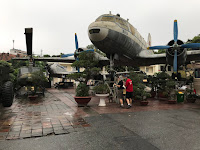 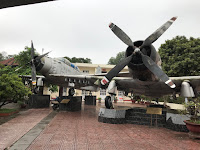 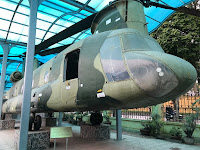 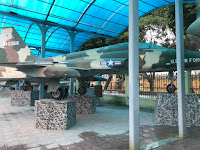 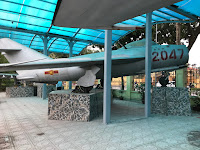 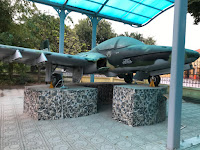 In the center of the exhibits is a sculpture created from the wreckage of French and American aircraft during the wars including a picture of Mrs. Ha Thi Nhien collecting aircraft parts. 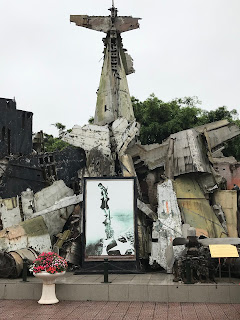 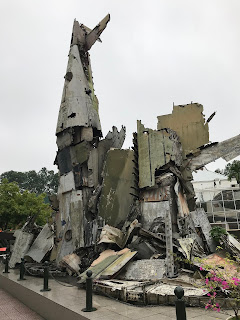 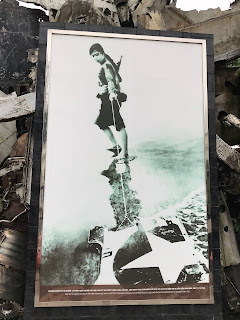 Near the sculpture, the Hanoi Flag Tower was built in 1812 as an observation post and has flown the Vietnamese flag continuously since October 1954. 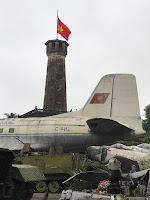 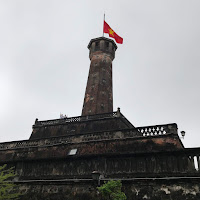 Around the grounds, sculptures depict commemorate members of the Vietnamese military forces at work. 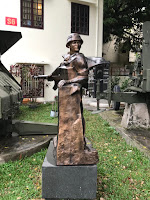 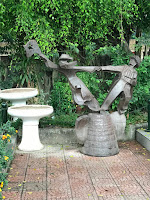 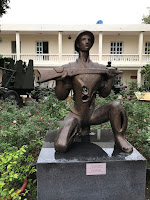 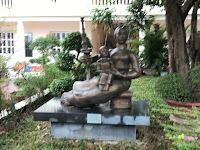 This has been an intriguing and thought-provoking stroll through history.