A Brief Stay on Maui, Hawaii

We head over to Maui for a few days break and arrive on a typical Hawaiian day: sun, warmth, clear blue skies, amazing differing shades of blue in the water, and lots and lots of tropical plants everywhere.  As we walk off the plane, we see the clouds forming on the distant mountains from the open halls of the airport.  Maui is 2,340 miles (3,765 km) southwest of San Francisco and, while welcoming year round, is especially delightful in cold, rainy, or snowy times at home (depending on from where you are travelling). 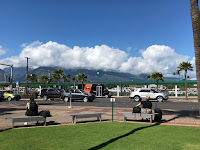 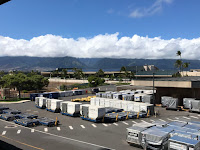 Arriving at the Maui airport

Hawaii consists of 137 islands spread out over 4,028 square miles (10,430 sq, km) and is part of the Polynesian subregion of Oceania.  Maui is the second largest of the Hawaiian islands and was formed by two volcanos that overlapped each other, merging into a single island about 1 million years ago.  Maui's last volcanic eruption occurred around 1790, with one of the lava flows in La Perouse Bay, just south of our destination in Wailea.

About 20,000 years ago, Maui was joined to the neighboring islands of Molokai, Lanai, and Kahoolawe, forming one large island called Maui Nui, during a small ice age which caused the level of the Pacific Ocean to drop.  Erosion and the return of the Pacific to higher levels after the ice age separated the islands by narrow channels.  Geologists believe that this process is continuing and will separate the two volcanic sections of Maui into two islands in about 15,000 years.

Heading over to our hotel, we find tropical beaches, tropical plants, and more warm, sunny weather. 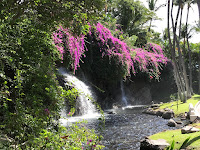 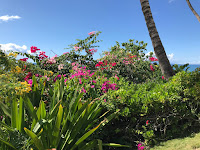 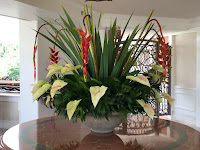 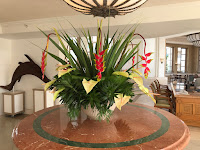 We head out for a walk along the beach, enjoying the sights on Maui and of the nearby islands of Lanai, Molokini, and Kahoolawe in the distance across the water. 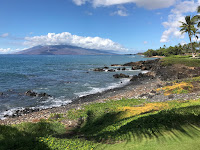 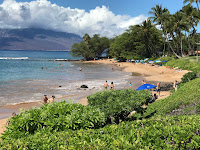 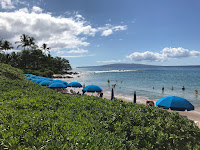 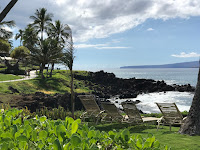 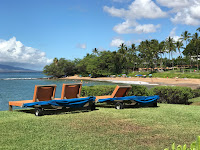 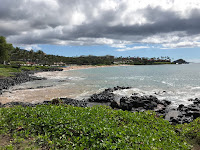 Back at our hotel, the Grand Wailea, we stroll the grounds, taking in the fabulous pools, waterfalls, landscaping, and plantings.  Soon, it's time to paddle around the pools and ride the water slides. 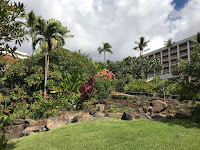 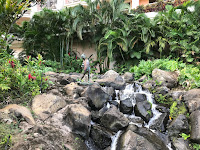 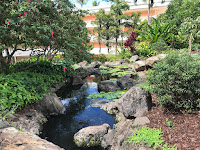 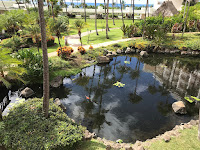 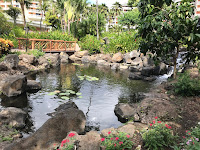 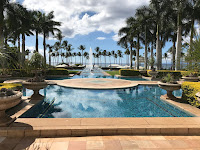 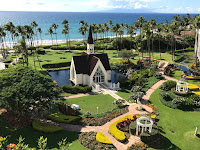 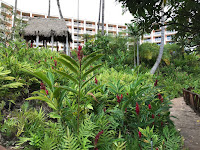 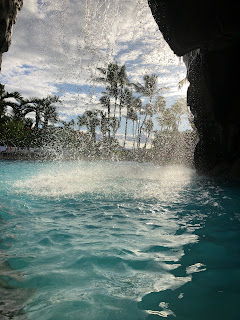 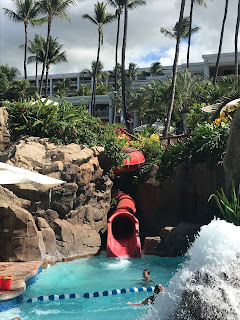 As the sun sets, we watch the colors change over the Pacific and the islands in the distance, relaxing in this tropical paradise, as the hotel's luau begins, with roasted pig, ahi tuna poke, and traditional Hawaiian hula dancers on the stage.  We enjoy from afar as we stroll the grounds. 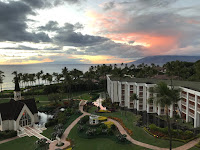 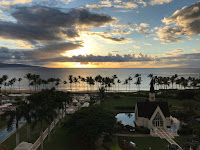 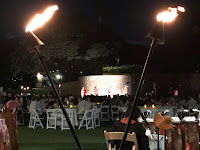 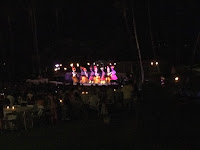 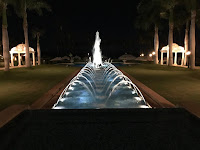 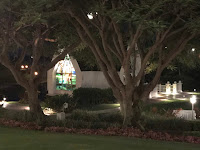