I drive from Sanremo to Nice, initially on the two-lane road along the sea, and pass through several charming small towns on the Mediterranean between Sanremo and France:  Ospedaletti, Bordighera, and other tiny communities in between, sitting on small stretches of land between the mountains and the sea.

Ospeladetti has narrow streets down to the Mediterranean from the main road and I wander down to find a beach and seaside district. 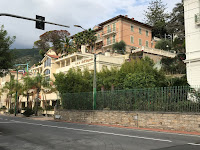 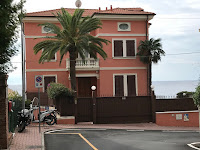 Along the main road 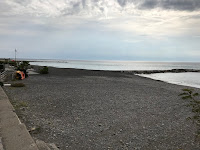 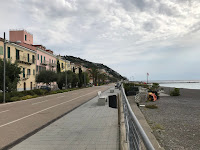 Down to the sea

Just outside town, there are more fabulous beaches, beautiful on this fall day, with the contrast of sand, sea, and sky.  On the edge of town, the cactus farm is a delightful surprise. 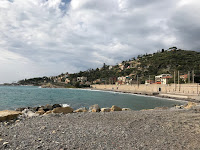 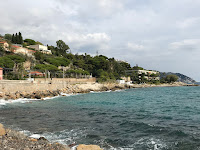 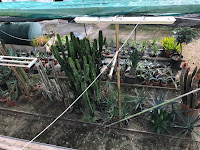 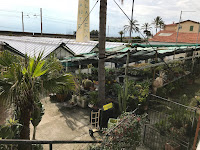 A little further on, Bordighera is a larger town with a good-sized shopping district and more commercial activity than seaside relaxing. 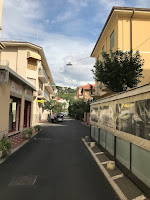 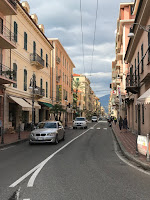 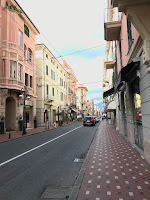 The seaside road comes to an end and I head up into the hills to catch the highway to Nice in France.  It's a windy drive straight up into the hills to the autoroute, the toll road that stretches past Monaco, to Nice, and all the way to Spain (travelling backwards on the path that brought me here two days previously).  The drive is fabulous with incredible [increasingly higher] views of the Mediterranean around each corner (unfortunately, the narrow, windy road is not conducive to taking pictures).

Arriving in Nice, I drop my car at the airport, check into a nearby hotel, and walk along the Mediterranean, past the famous grand beaches of Nice, to the old port, with its side-by-side contrasts of small fishing boats and large yachts tied up. by each other. 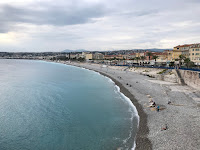 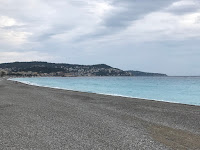 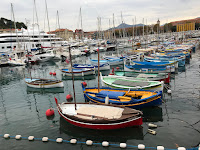 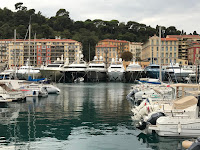 I head back to the old town and relax with a quick dinner of sardines, moules-frites, and a glass of wine.  After dinner, a nice stroll along the sea brings me back to the hotel for an early flight in the morning. 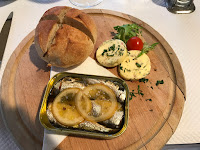 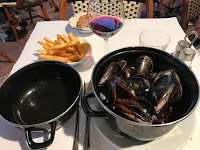 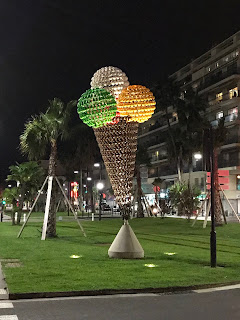 Statue along the sea in Nice
Posted by Sojourner at 7:30 AM