An Afternoon in Paris

I fly from Nice to Paris's Charles de Gaulle airport and stay at the airport, taking the RER train into Paris for an afternoon in the city, walking along the Seine to Place Saint-Michel, then following Boulevard Saint-Michel to Le Jardin du Luxembourg (Luxembourg Gardens), which is full of people enjoying the beautiful fall day. 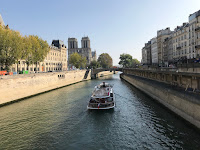 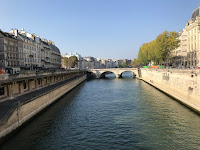 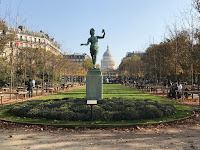 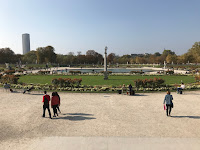 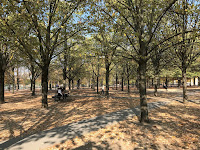 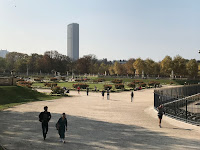 Returning to the Seine, I cross over to the Louvre, proceed up Avenue de l'Opera to the Opera, over to L'Eglise de Madeleine, then to Place de la Concorde, up the Champs Elysses to the Arc de Triumph, and over to the Jardins du Trocadero, across from the Eiffel Tower (along with the thousands of other people relaxing and/or taking pictures at the Trocadero).  A great stroll through the city! 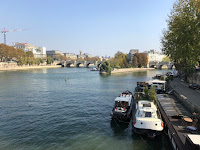 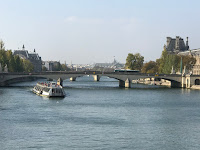 Back to the Seine 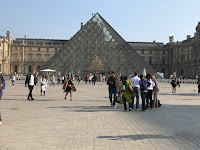 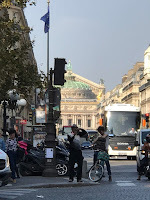 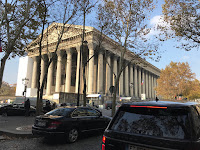 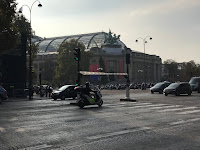 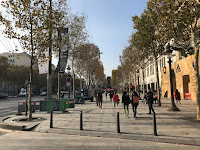 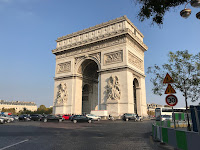 Up the Champs Elysses to the Arc de Triumphe 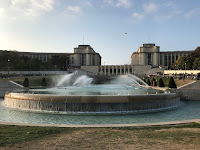 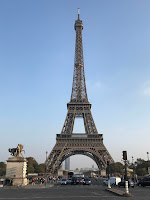 Jardins du Trocadero and Eiffel Tower across the river 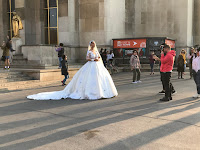 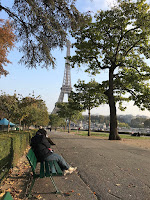 Eiffel Tower in the background

Now that I've had my walk through the city, it's time to eat.  I've been observing the people in the cafes and the food in the windows as I walk by and I choose a restaurant a few blocks from the Trocadero, where I settle in for fois gras and a platter of home-made sausages. 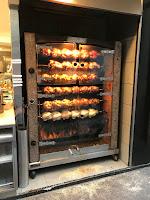 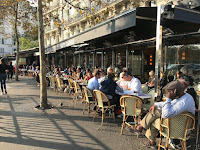 Tempting views along the way 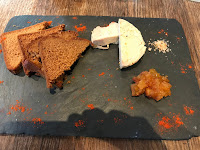 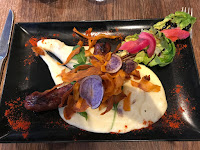 After dinner, it's back to my hotel at the airport for an early morning flight to San Francisco.   It's great to wander through Paris, even if only for an afternoon!
Posted by Sojourner at 7:30 AM