First built in 242 AD, the Longhua Temple is the oldest and largest religious complex in Shanghai, taking up over 20,000 square meters (4.9 acres, 2 hectares).  Longhua Temple is named after the pipal tree where Buddha is said to have reached enlightenment and is built according to traditional Buddhist symmetry to be neat and equitable in layout, magnificent and dignified in architecture.  I first  spot the seven-story pagoda outside the entrance to the temple as I approach and it guides me through the final city blocks to the temple. 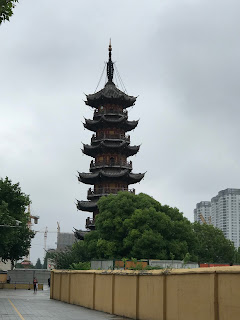 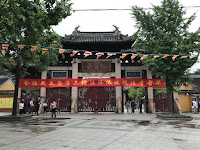 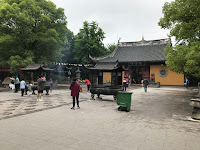 Temple entrance and the first courtyard

The halls of the temple are filled with ornate sculptures and I wander from temple hall to temple hall taking it all in and sharing the space with monks, worshipers, and a few other tourists. 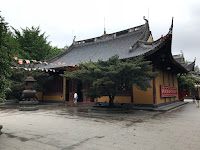 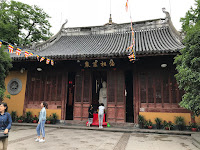 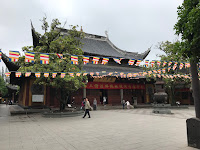 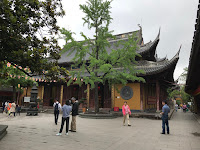 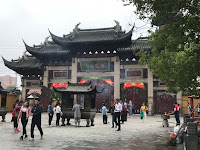 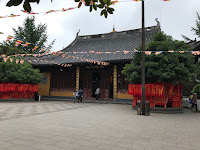 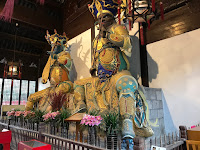 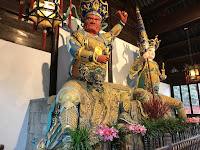 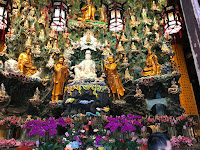 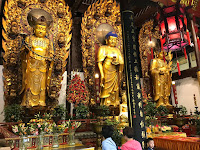 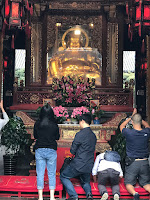 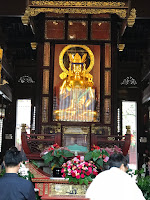 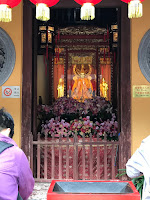 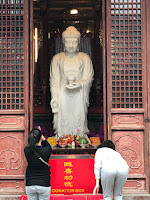 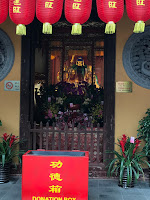 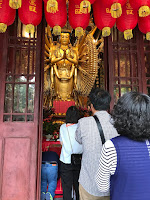 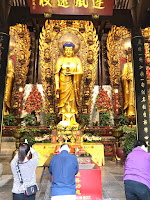 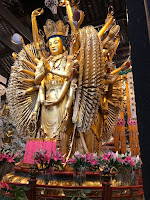 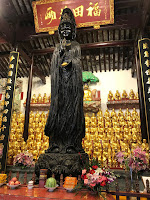 There are many statues of Buddha, becoming increasingly ornate as I wander further into the temple complex.   One room holds hundreds of gold Buddha statues, quite a collection! 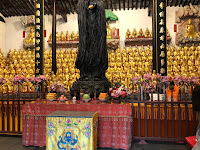 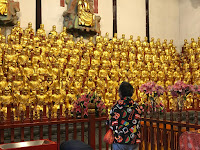 The temple is an active place of worship with monks leading ceremonies in several temple halls and people worshiping at most of the halls. 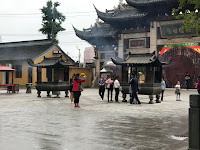 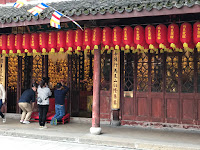 Worship in the halls of the temple

As I leave the temple, I take one last look back and reflect on the over-1700 years of history that this site has seen.