The Khmer Rouge, led by Pol Pot, took over Cambodia between 1975 and 1979 (the Vietnam War involving Vietnam, Laos, and Cambodia ended in 1975) and an estimated two million Cambodians died during that period from starvation, exhaustion, and execution.  In the center of Phnom Penh, a former high school was transformed by the Khmer Rouge into a political prisoner's camp, known as Security Prison 21 (S-21).  The Vietnamese Army liberated Phnom Pehn in 1979 and S-21 was kept as a museum representative of the hundreds of detention and interrogation centers run by the Khmer Rouge across the country.

The entrance to the museum is stark and forbidding. 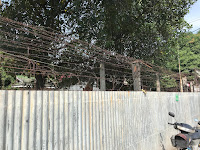 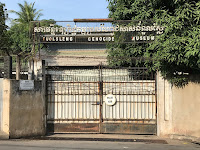 Once inside, the path initially leads through school rooms turned into cells.  The prisoners in this camp were peasants, workers, technicians, engineers, doctors, teachers, students, Buddhist monks, government ministers, soldiers, diplomats, foreigners, and their families, anyone who displeased the regime. 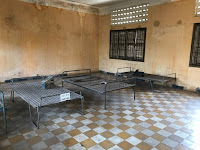 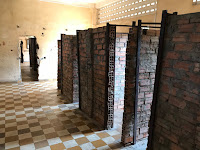 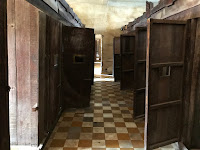 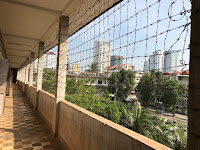 Other rooms contain pictures and stories of the people imprisoned here. 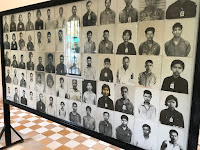 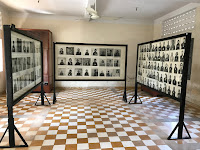 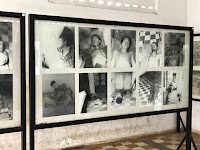 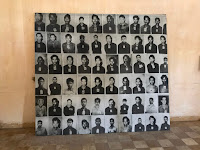 Prisoners and their stories

Near the end of the visit, the interrogation rooms display torture instruments used in the camp by the Khmer Rouge. 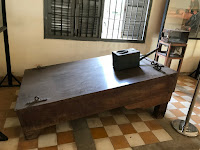 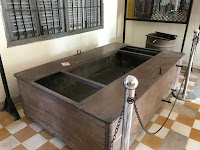 After finishing the walk through the buildings, the central courtyard offers a calm environment in which to contemplate what I have just seen.  A monument lists the names of the people who were held here. 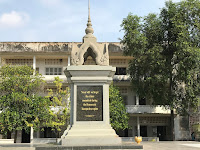 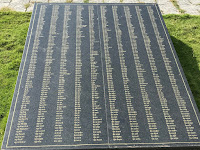 Monument to the victims

Sitting and looking over the buildings, I realize this has been one of the most somber and reflective places I have visited and written about in the blog.  The Cambodian government has kept S-21 as a museum for that reason, so that we will all remember what we have seen and join together to never have that happen again. 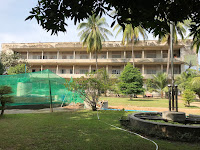 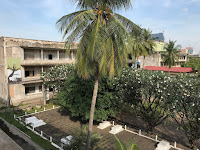 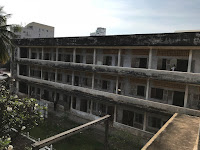 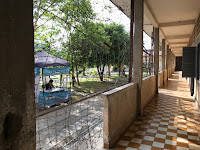 I leave, still thinking, and walk back through the streets of Phnom Penh.
Posted by Sojourner at 7:30 AM