Musée Jacquemart-André is a private museum on Boulevard Haussman that was created from the home of Édouard André and his wife, Nélie Jacquemart, displaying the art they collected and also special exhibitions, one of which we stop in to see:  "Mary Cassatt: An American Impressionist in Paris." 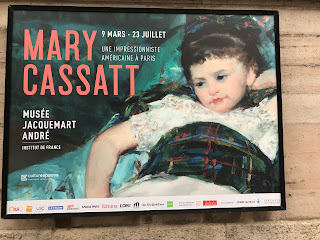 Mary Cassatt at the Musée Jacquemart-André

The public rooms of the residence/museum are spectacular and we wander through them to get to the special exhibition. 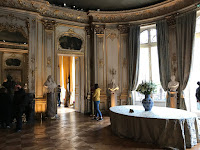 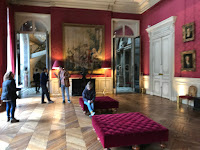 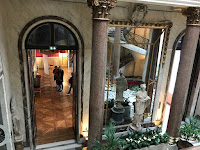 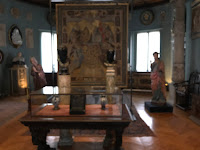 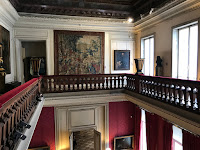 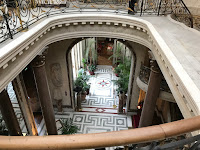 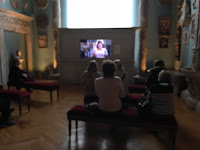 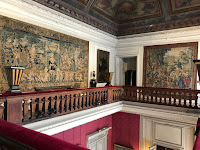 Mary Cassatt was the only American artist to hold exhibitions with the impressionist painters in Paris.  Born in Pennsylvania (USA) and trained as an academic painter at the Pennsylvania Academy of Fine Arts, she spent sixty years in France and embraced the impressionist style, in particular representing the theme of maternity from a feminist, impressionist perspective.   She became close friends with Edgar Degas and they formed a long and fruitful artistic partnership. 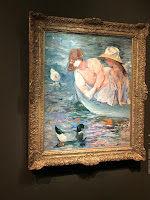 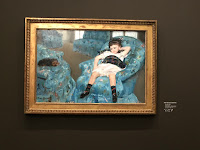 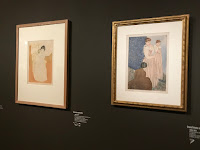 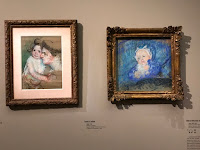 Leaving the exhibition rooms, we enter the living spaces of the building and see how Parisians lived in the late 1800s. 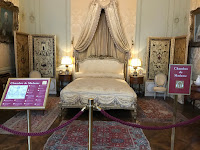 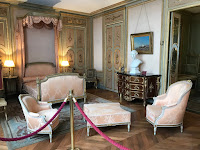 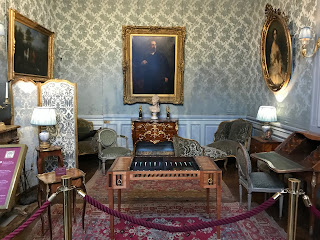 Antichamber between the two chambres

Exiting the building into the back courtyard shows the grand space for the entrance off the boulevard. 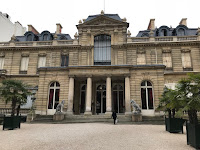 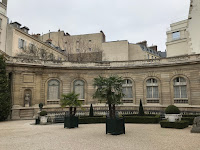 The building was constructed in 1875 and, upon the death of Edouard and Nélie, the residence and its collections were bequeathed to the Institut de France, which opened them to the public in 1913.  In 1955, the building was taken over by Culturespaces, dedicated to preserving museums. monuments, and historic sites.
Posted by Sojourner at 7:30 AM