Walking up the eastern bank of the Grand Canal, I find the Xiangji Temple.  Built in 978 AD, the temple features a statue of Kinnera, a Buddhist character that represents song and dance, and is the only temple in China to enshrine this figure. 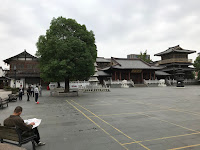 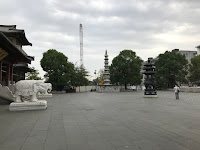 The temple is composed of a complex of buildings holding the alters and statues of an active local place of worship. 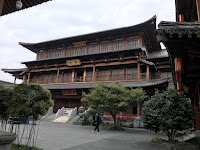 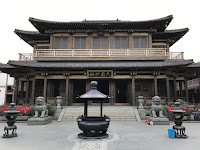 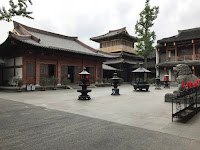 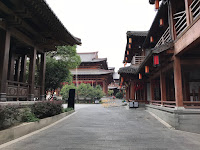 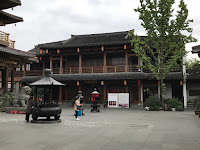 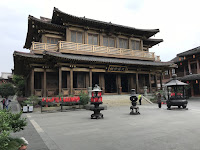 Buildings in the temple complex 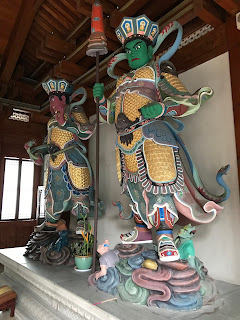 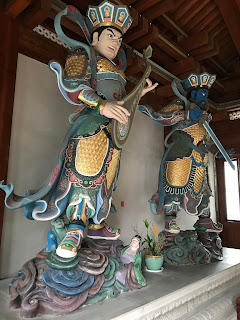 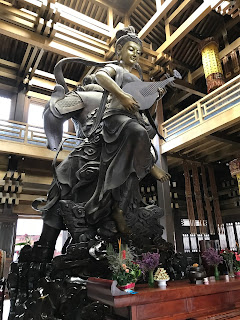 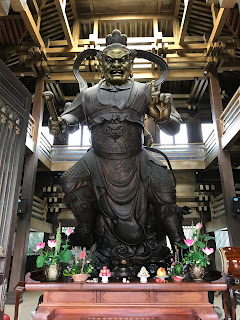 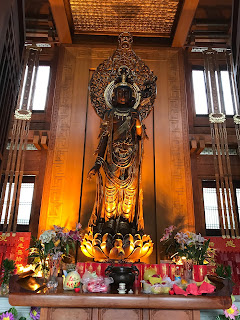 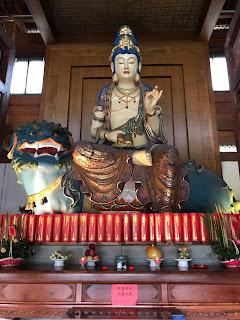 And, in one small temple building on the side, people are worshiping with the monks. 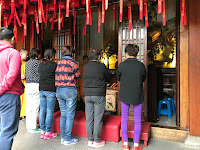 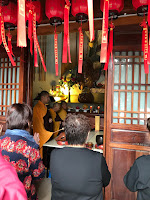 The path back to the canal from the Xiangji Temple leads through the DaDao Road Historic Block, with modern shops and apartments built on sites of the former State Silk Warehouse, Fuyi (Ming Dynasty) Granary, and old trading market for fish, rice, paper, and fruits. 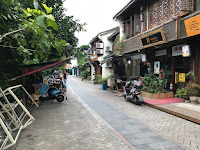 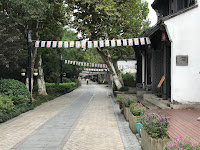 I walk by one small temple, Zhang Daxian Temple, a single building and courtyard tucked in-between commercial buildings, it looks intriguing, and I go in.  This temple may be smaller, but it is just as elegant and inspiring as the larger temple complexes. 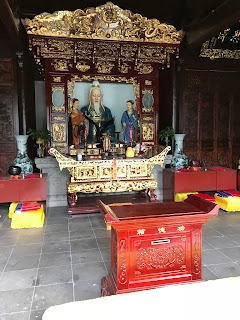 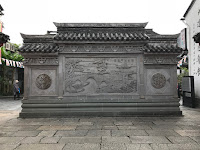 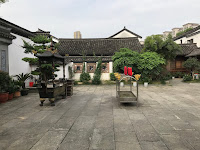 The Zhang Daxian temple was built by local people at the end of the Qing Dynasty (1644-1912) in honor of Zhang Daxian, a taoist priest who gave strong support to the community and who had great medical skills.

I continue up the canal toward the Qiaoxi Historic Block.