The southeastern shore of West Lake in Hangzhou, stretching 4.5 km (2.8 miles) from the Leifeng Pagoda to the Qiantang Gate, just before the Broken Bridge and the Bai Causeway where I began my walk, runs alongside the city.  The other paths I have been following around West Lake are all adjacent to hills and mountains.  But, with the city nearby, the lake shore becomes a great park for people to step out of their homes and apartments and enjoy the beautiful scenery. 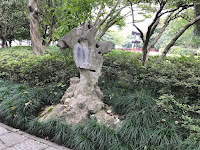 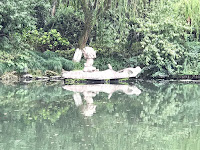 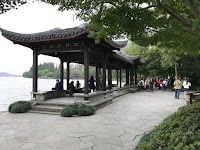 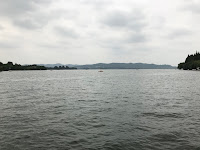 On one small bridge, multiple wedding parties wait their turn for pictures with beautiful views of West Lake and the Leifeng Pagoda behind them. 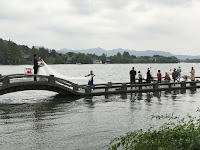 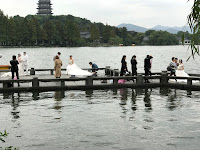 Queuing up for wedding photos on the bridge

The streams and landscaping inside the park with the views of West Lake close by complement each other for a beautiful park area, full of people, particularly school groups, many of whom have previously visited the historical sites. 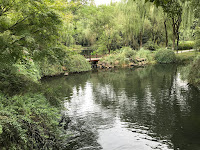 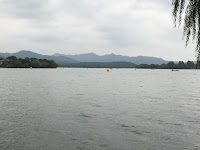 Views looking into and out of the park 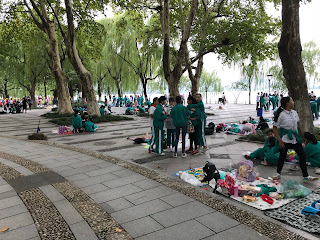 School groups at rest on the shore

Scattered through the park are old and new sculptures, including a statue of Qian Liu (852-932), who established the Wuyue Kingdom with the policy of "guarding the border and keeping the people at rest."  Under his rule, Hangzhou became the most prosperous city in southeast China. 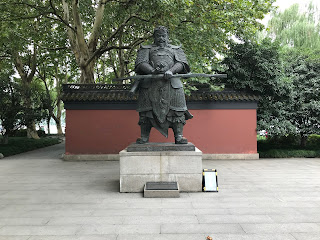 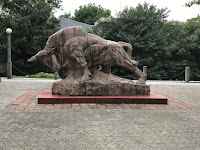 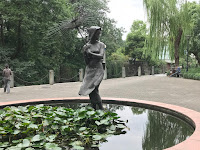 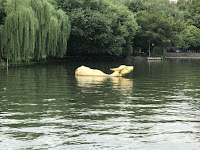 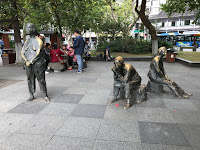 As I get closer to the city center, I find more walkways through the water, tour boats, and people dancing, playing instruments, and singing throughout the park. 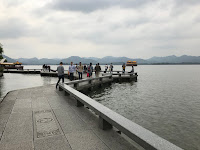 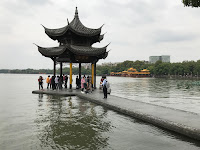 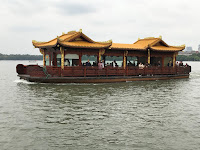 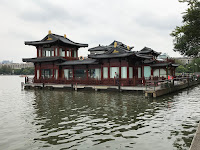 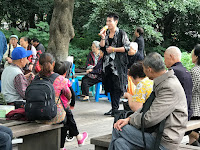 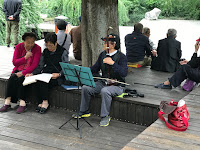 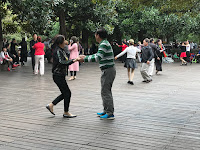 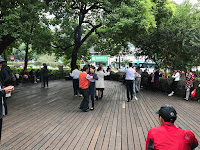 Music, song, and dance in the park

Along the way, I run across an 1892 map of Hangzhou on the ground for people to walk on and study.  The map is carved in granite at a scale of 1:400, with a detailed view of the city's walls and gates, rivers and ponds, bridges, streets and lanes, government offices, institutes of learning, temples and monasteries, pavilions and towers, and some of the hills and ridges. 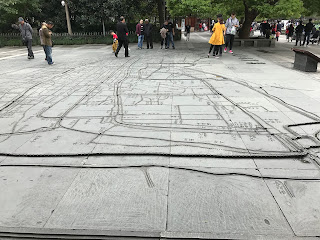 As I reach the corner of the park close to where I began my walk around West Lake, I run across a memorial to the 1,421 Chinese soldiers who died in 1932 when the 87th and 88th divisions of the National Revolutionary Army in Zhejiang rushed to Shanghai to help (successfully) defend Shanghai from the Japanese in the "Shanghai Incident", a skirmish preceding the Second Sino-Japanese War in 1937. 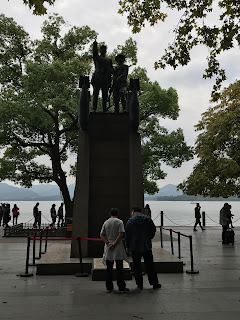 I've spent the day completing a circle around West Lake and truly enjoyed the beauty, variety, culture, history, and leisure activities of this UNESCO World Heritage Site.
Posted by Sojourner at 7:30 AM