Hangzhou was once the capital of China's Southern Song Dynasty (1127-1279) and has preserved some of the splendor of this time in historic districts and streets such as Qing He Fang Street, which served as the center of the Song Dynasty's political, cultural, and commercial activities and has been almost completely preserved.  Today, its century-old storefronts sell everything from tea, medicine, food and drink, to arts and crafts. 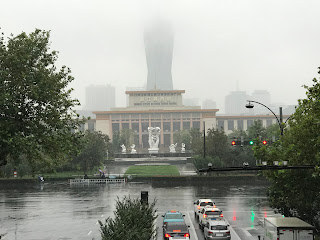 Heading south from the Zhejiang Exhibition Hall in Wulin Square 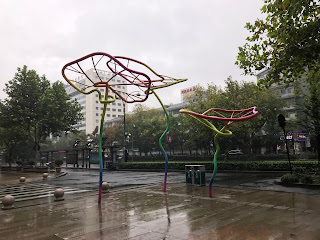 As I enter Qing He Fang street, I go back in time over 1000 years, and walk down the street experiencing life as it was in the those times. 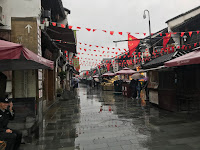 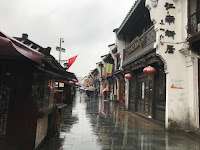 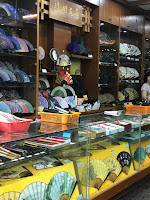 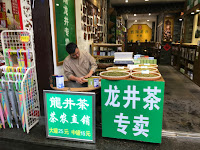 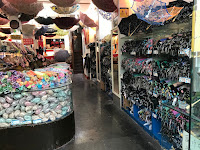 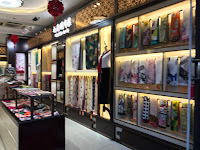 
Other shops are selling foods made in the old way and I watch two men pound out bread with large wooden mallots.  Everyone stops to watch this, and a few purchase the product. 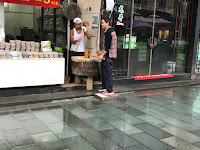 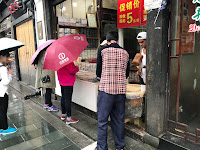 Pounding out bread by hand

Alleys of Song He Fang street offer other small shops and food courts for dining pleasure. 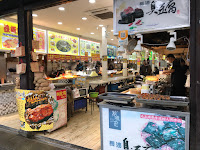 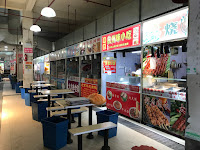 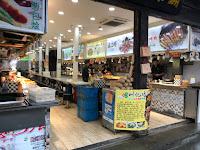 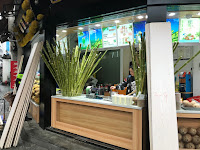 At the end of the street are beautiful pedestrian paths leading north and more fine-silk shops.  The sale counter in one shop is selling silk products for 10 RMB ($1.60 USD). 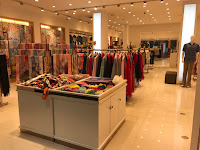 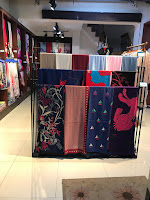 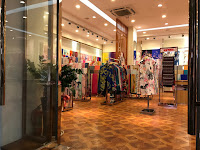 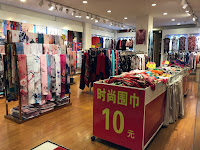 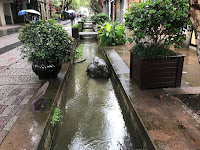 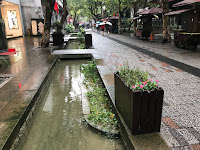 A few blocks later, I am reminded that I am in the middle of a serious city as I quickly emerge back in the 21st century. 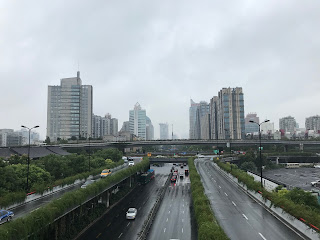 Back in the real city

I continue on my way back toward Wulin Square, and along the Grand Canal (this portion of the canal was built in 1247 by order of Emperor Chunyou). 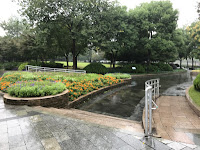 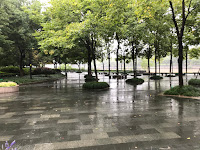 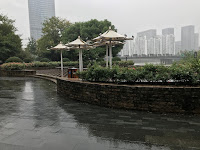 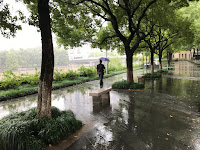 Parks along the Grand Canal in Wulin Square