Lumphini Park shows on my small map of Bangkok as a large green area just below my hotel.   I'm intrigued (maybe you've noticed that I can't pass a park without wandering in to see what is there). Lumphini Park is the first public park in Bangkok, created in the 1920s on royal property as a museum to showcase the country's products and natural resources.  The park sits in the heart of Bangkok's main business district and people are truly enjoying its paths, restaurants, and other activities. 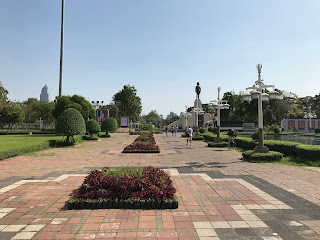 Lumphini Park has several interconnected lakes, with places to rent boats on each lake. 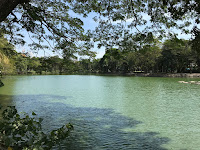 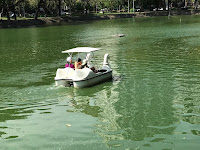 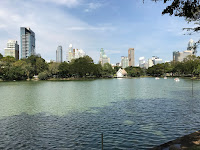 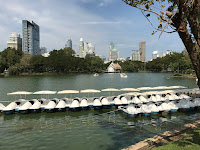 
Grand paths weave through the park and cross bridges over the lakes, with small restaurants on the edge of the lake. 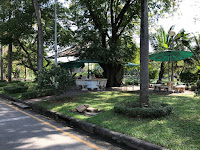 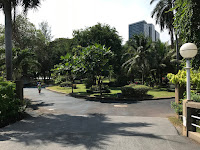 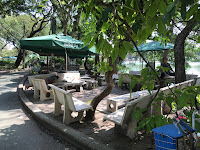 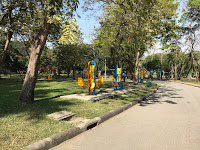 Intriguing sculptures are scattered throughout the park. 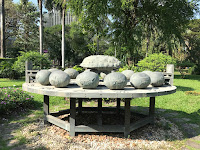 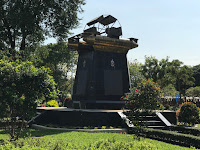 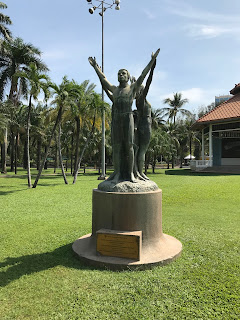 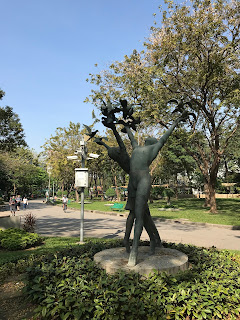 Sculpture scattered through the park

And, the bandstand for the Royal Bangkok Symphony Orchestra occupies a space alongside one of the lakes. 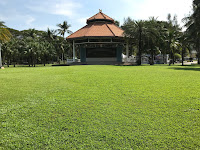 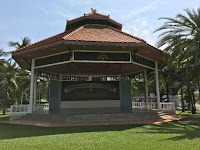 Orchestra concerts in the park

I walk through an area where hundreds of stalls are being constructed.  As I take pictures of them, someone walking by stops and tells me that I should come by in 3 days for the Thailand Tourism Festival, in its 37th year in the park.  The festival transforms a large portion of Lumphini Park into a min-representation of the Kingdom of Thailand, with replicas of landmarks and examples of cultural events for the five major regions of the kingdom.  I'll be gone by then, but wish I had scheduled differently! 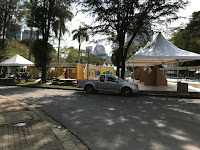 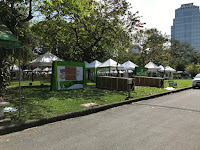 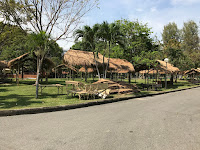 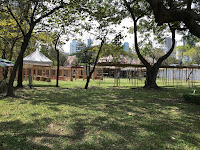 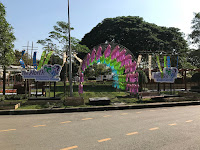 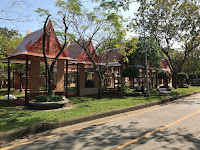 Setting up for the Thailand Tourism Festival

As I leave the park, I pass a memorial to King Bhumibol Adulyadej, the world's longest-reigning monarch, who passed away last October at 88 after 70 years as King of Thailand.  Thailand is in a one-year mourning period for the king. 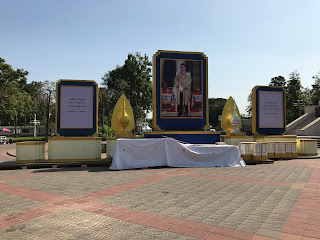