Bangkok Temples on the way to the Grand Palace

It's a good walk from my hotel in the business district through old Bangkok to the large and important Buddhist temples and the Grand Palace, home to the kings of Siam/Thailand since 1782 (although not the current king, who prefers his residence in Germany).

As I head down Rama 1 Road, I pass through sections of old and new Bangkok next to each other. 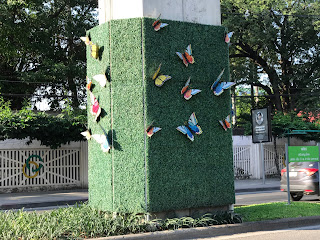 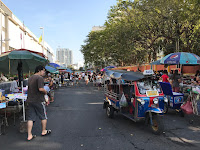 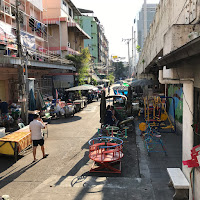 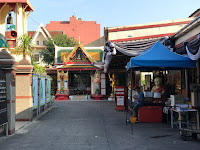 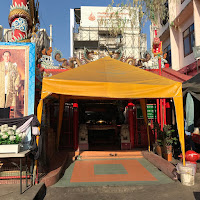 Small temples on the sidestreets

Old Bangkok is laced with canals, sometimes called the "Venice of the East".  Although many of the canals have been paved over to make roads, there are still many to admire and to serve as transportation for commuters in the city. 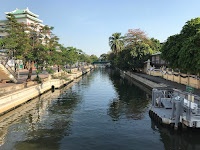 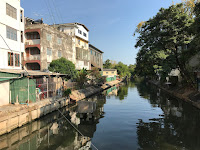 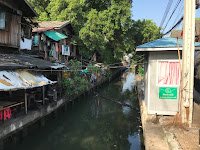 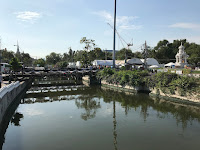 As I get deeper into old Bangkok, I start to encounter Buddhist temples and wander in.  The buildings are spectacular and the giant statues of Buddha, particularly the gold statues, are truly impressive (a "wat" is a Buddhist temple).  There are over 40,000 Buddhist temples in Thailand, I only visit a few. 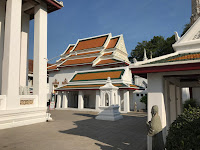 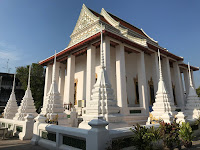 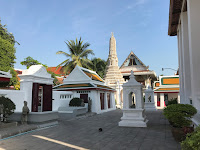 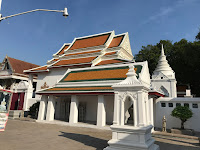 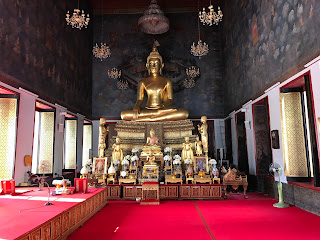 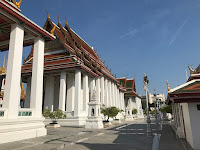 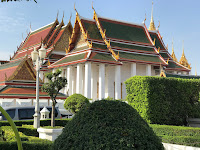 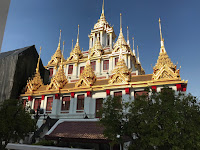 As I leave  Wat Ratchanaddaram, I see a group of young Buddhist monks crossing the street and also coming to visit the temple.  I watch and see them pull out the iPhones and take pictures, just like the rest of the tourists! 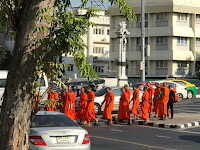 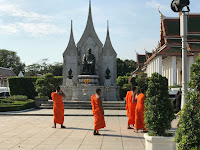 Monks sightseeing at the temples

And, a tired school group resting after a busy morning of temple visits. 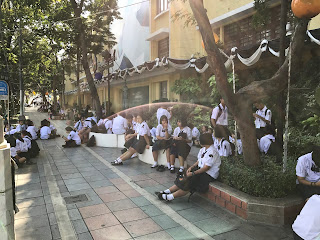 I'll end this posting with the next stop a few blocks later, the famous Patpong Night street, a tourist street of bars, flea markets, and low-cost hotels.  There's not much going on here during the day, but a few people are out eating and shopping. 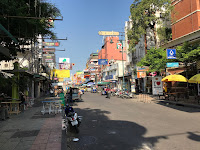 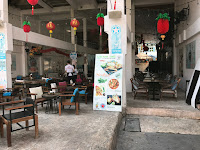 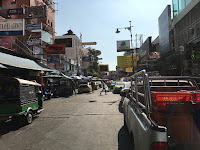 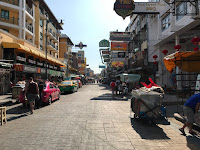 From here, it's only a short walk to the Grand Palace and we'll head there next.