Our second-favorite hike in Cinque Terre is another hike away from the five towns, from Monterosso al Mare to Levanto, the gateway town to the north.  This hike can be started from Monterosso's new town, heading straight up to the ridge and joining the path along the Mediterranean.  However, we like to take a different route, one that leaves from Monterosso's old town and initially leads us away from Levanto, up to the Santuario di Nostra Signora di Soviore (Sanctuary of the Madonna of Soviore), 466 meters (1529 feet) above the city, where there has been church since the 8th century.

When we reach Soviore, we are at the top of the ridge and then circle around Monterosso from south to north.  Then, when we finally reach the sea north of the city, we join the path along the Mediterranean to Levanto (where we would have hiked up to if we left from the new town).

But, first, the invigorating part (as always), up, with great views of Monterosso as we hike up from the city to Soviore. 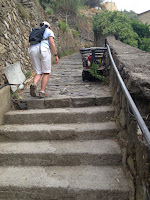 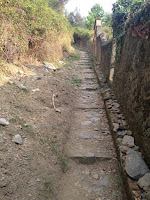 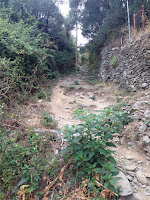 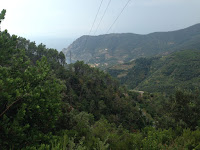 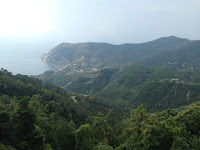 Montererosso growing smaller below us

From Soviore, we head down the road for a half hour or so to the small intersection at Colle di Gritta, where we will catch the path (restarting from inside the hotel parking lot, just to make it interesting to find) around Monterosso from the south side to the north side. 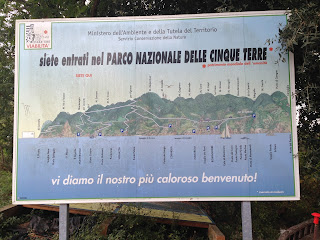 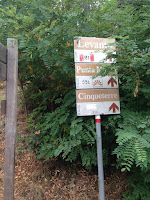 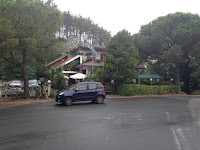 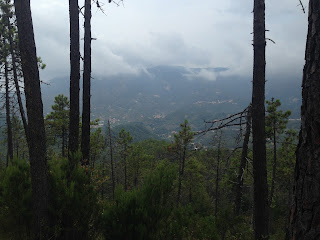 View of Monterosso from the ridge

The trail across the north of Monterosso is flat for a while (where we find black berry bushes), but soon becomes rocky stretches of up and down.  From the top of the ridge, we can see Monterosso on the left as we complete our loop around the city and Levanto on the right, still two hours away. 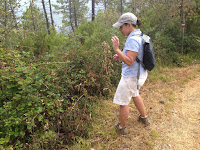 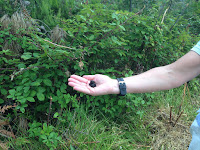 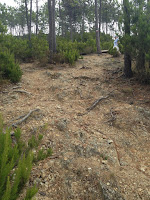 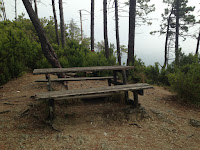 Flat trail along the ridge (for a while), with rest area 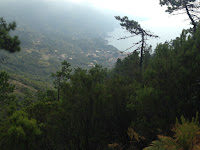 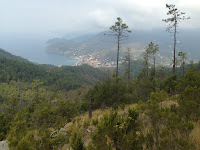 Monterosso on the left, Levanto on the right 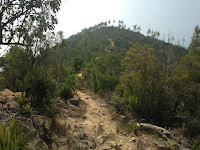 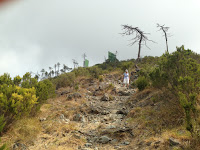 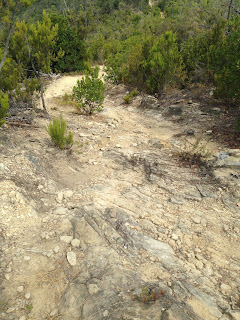 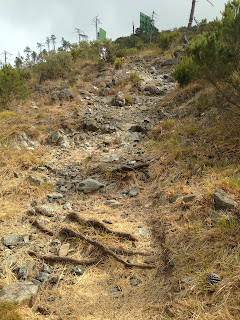 Path gets steep and rocky (again)

Finally, we reach the trail above the northern end of Monterosso's new town.  We merge with the path up from Monterosso (that would have saved us two hours) and appreciate the hikes and views of Monterosso that we just experienced. 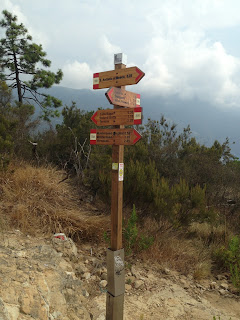 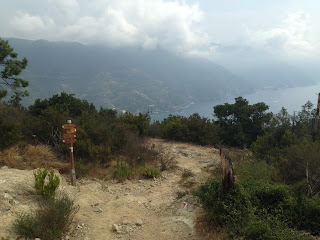 Left to go back down to Monterosso, right to Levanto

To be continued - turning right to Levanto.