Our brother-in-law, Al, plays in several bands, including the Rubinoos, an American "power pop" band formed in 1970.  Best known for their singles "I Think We're Alone Now" and "I Wanna Be Your Boyfriend", they're still playing and touring.  It's Al's birthday and one of his traditions is that he gives a concert on his birthday at the Kensington Circus Pub in Kensington, CA (in the East Bay, in the hills just above Berkeley).  This birthday, the Rubinoos join him under the name "Al Oha and the Royal Hawaiians." 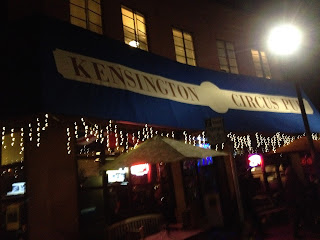 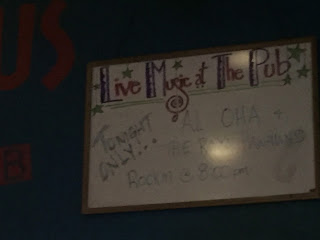 The Kensington Circus Pub has a great selection of British and Irish beers, local beers, and traditional English dishes as well as local food (fish and chips, bangers and mash, sheperds pie, fish tacos, burgers, sandwiches, ...).  We get a pitcher of Fullers ESB ("continuously voted England's best bitter") and fish and chips for me, chicken-pesto sandwich for Laura.

Al (and the Royal Hawaiians) play to an appreciative audience.  Several of them have brought in albums from the Rubinoos to get them signed by the band.  Our only regret is that they must end by 10 so the neighbors can sleep. 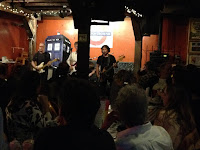 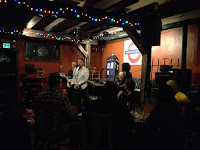 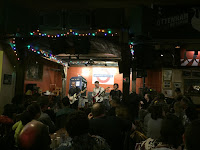 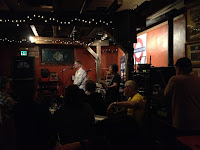 Al Oha and the Royal Hawaiians

We order another pitcher of beer and keep on enjoying ourselves.  What a great and diverse place we live in and people we know! 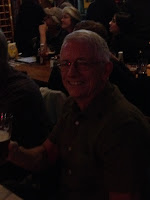 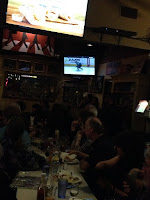