I really enjoy walking through Shanghai parks just to see everyone out and about and enjoying themselves.  People are walking, exercising, playing games, or just talking to friends.  The parks are full every day of the week, but the activity picks up on weekends, especially on a nice fall day.

One of my favorite parks for these walks is Zhongshan park, about 6.5km (4 miles) from People's Square.  The walk to the park passes through a lot of scenic Shanghai neighborhoods and takes me an hour and a quarter to an hour and a half to get there from my hotel.

Zhongshan Park, created in 1914,  is spread over a city block, a great oasis in the city.  The park is named for Dr. Sun Yat-Sen, who served as the first president of the Republic of China in 1912. 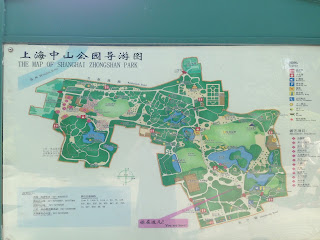 As soon as I arrive at the park I see people playing badminton outside, next to a group practicing ballroom dancing. 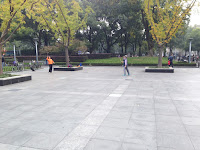 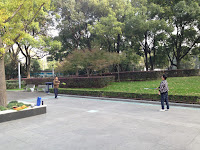 Playing badminton on the sidewalk outside the park 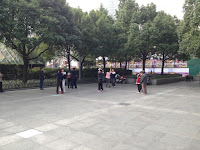 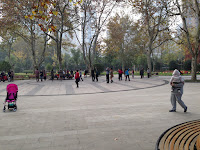 Ballroom dancing outside and inside the park

Inside the park are more great Shanghai gardens and scultptures. 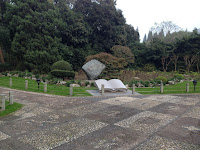 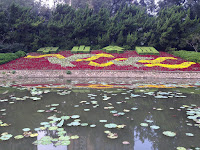 But, I'm here to walk through the park and see what people are up to.  First, I come upon a group exercising together to music. 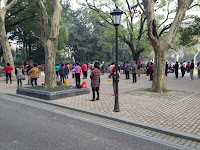 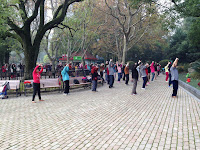 Exercising group
Then, another group singing. 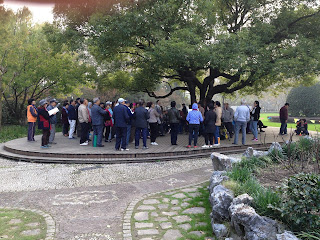 Then some practice of all sorts of things with all age groups. 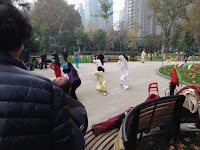 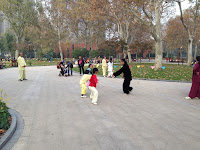 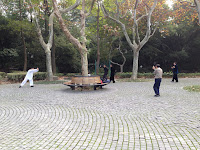 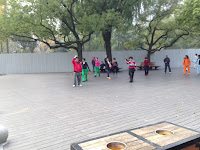 Leaving the park, I come across people writing on the sidewalk in water as others stand by and read what they write. 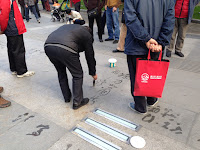 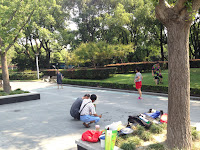 Writing with water (near the badminton players)

An, of course, outside the park there more great plantings and sculpture. 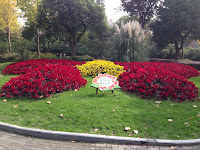 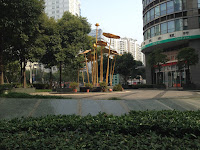 After a great weekend day of exploring and people watching in the park, it's time to leave Shanghai and head down to Shenzhen in the south of China, where the fall temperatures are a much more hospitable 30ºC (85ºF).

Posted by Sojourner at 8:27 AM