Pape'ete is one of the largest urban centers in the South Pacific and its location and great harbor have made it a major stop for transpacific ships and airlines, starting the whale trade in the 1830s.  Originally settled by Polynesians between 300 and 800 AD, the Kingdom of Tahiti was proclaimed a colony of France in 1880 and its inhabitants became French citizens.  Tahiti is now an autonomous overseas country of the French Republic.

We head into Pap'ete for a little lunch and to find our ship. 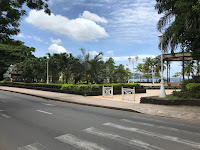 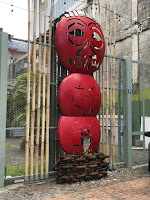 We settle in at 3 Brasseurs Bar-Restaurant-Microbrewery, across from the port, for some good fresh-brewed island beer and some great french food:  croque monsieur, assorted sliders, and ahi tacos. 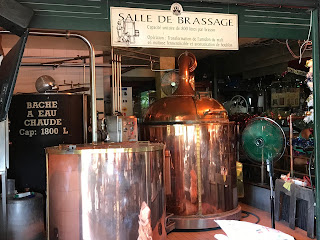 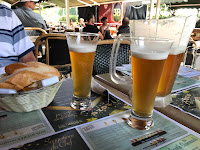 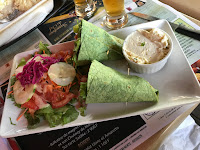 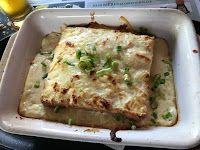 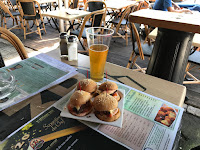 After lunch, its a quick wander through town, stopping at an ATM to get Pacific francs and a drugstore for aloe-based lotion and serious heavy-duty reef-safe sunscreen (even through we wore the sunscreen we brought for our morning swim, we still have some serious sunburn developing and we are seeking the local best of class sunscreen).

We find our ship, the Wind Spirit docked across the street from 3 Brasseurs, alongside a yacht-carrying ship.  We have to take a picture, not previously understanding how a yacht owner might trailer his/her ship around the world. 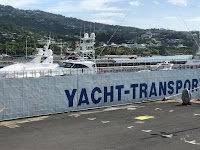 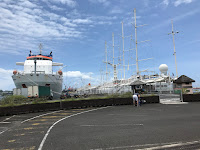 Ships in port, yacht transport on the left, Wind Spirit on the right

After boarding, we spot more of the harbor on the other side of the ship, the ferry terminal and the French Navy ships, which we hear are quite busy escorting unauthorized foreign fishing vessels out of French Polynesian waters. 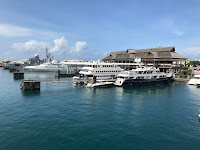 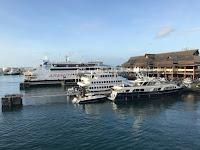 Looking out over the town of Pape'ete, we see lush tropical mountains towering over the city and the harbor. 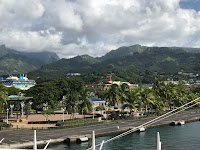 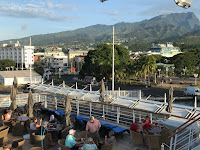 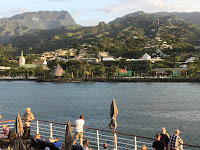 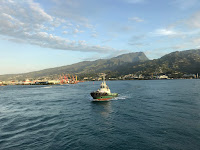 The sun slowly dips into the sea on the other side of Moorea as the Wind Spirit raises her sails and we head into a new adventure. 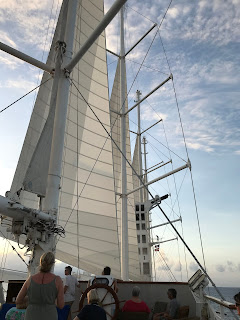 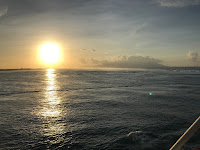 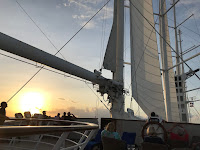 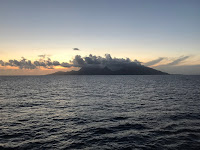 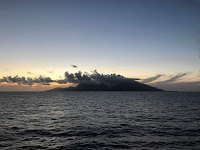 Moorea in the distance 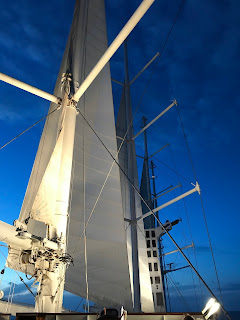 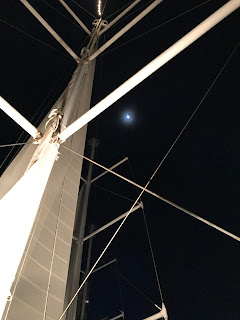 Moon rising over the mast

We're on our way!