We arrive in Hannover on the train from Frankfurt a little after midnight, scurry to our hotel, and start to explore the next day.  We find a modern city, full of sculptures, an intriguing old town, and a fabulous tram system for getting around.

Hannover is the capital of the German state of Lower Saxony and is about 350 km (250 miles) north of Frankfurt.  Founded in medieval times, Hannover became a city in the 13th century and is now a major crossing point for both north-south and east-west highways and rail lines and hosts many commercial trade fairs with the largest fairground in the world. 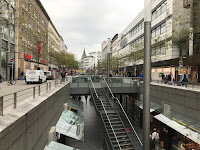 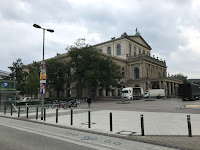 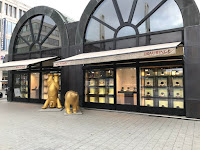 Opera and shops across the street 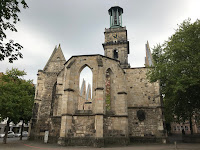 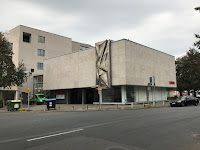 Church skeleton across from museum 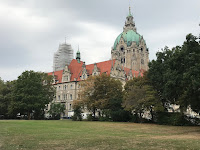 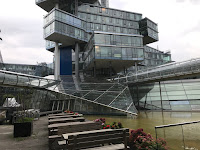 Next to the new city hall, Maschpark is 10 hectares (25 acres) of calm and tranquility.  Created in 1900, the park has remained the same since then, a great example of late 19th century German garden art. 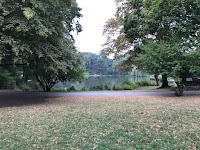 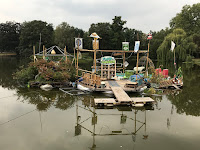 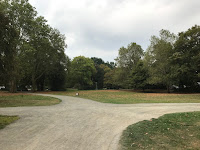 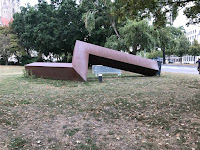 The River Leine runs through town, in front of the city hall, with parks and walkways along its banks. 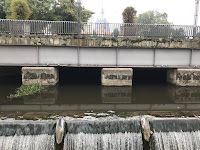 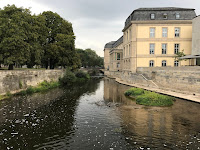 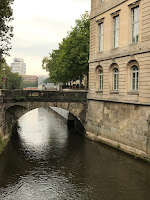 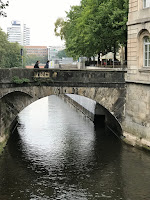 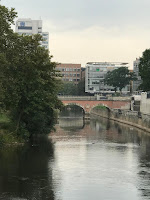 Hannover's old town was rebuilt after the Second World War, relocating parts of old buildings, principally the facades, from all over the city into the new old town, a picturesque area of narrow streets and half-timbered buildings. 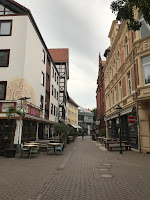 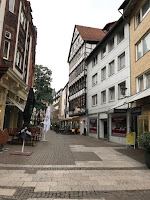 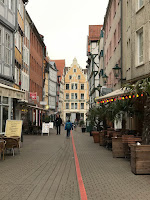 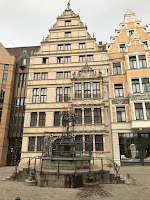 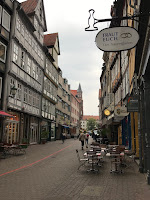 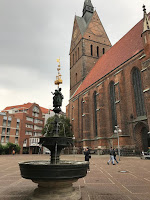 On the edge of old town, the Kreutzkirche was originally build in 1333 and the interior was restored after the war. 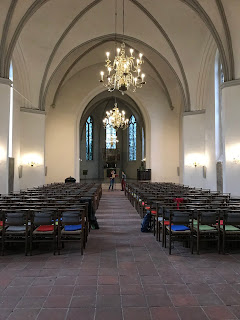 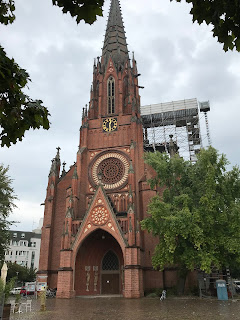 Hannover is a charming town and we're looking forward to more exploring over the next few days.
Posted by Sojourner at 7:00 AM