The Gardens of Versailles were started before the reign of Louis XIV, but, in 1661, Louis XIV commissioned the gardener André Le Nôtre to renovate and extend the gardens, including widening the Royal Way and digging the Grand Canal.  Louis XIV considered the gardens just as important as the Versailles palace and their development took over 40 years, in parallel with the development of the palace.  Each project in the Gardens was reviewed by the King himself, who was eager to see every detail. 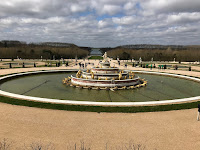 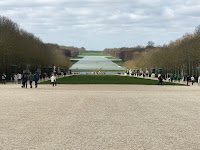 Looking down the Royal Way to the Grand Canal 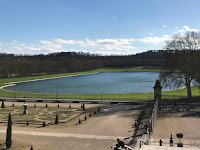 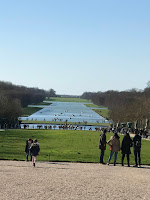 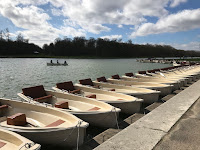 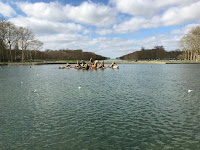 Thousands of people, sometimes even entire regiments, worked on the creation of the gardens, moving large amounts of soil, creating courtyards, groves, and parterres, digging the Grand Canal, and relocating trees from different regions of France.  Here are a few of the garden areas we run across. 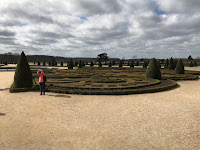 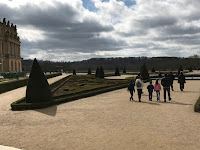 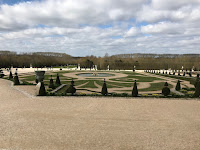 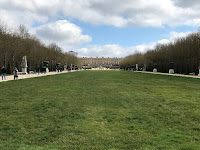 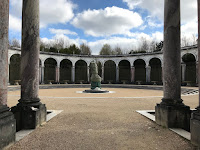 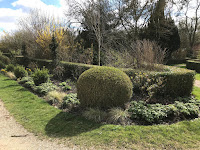 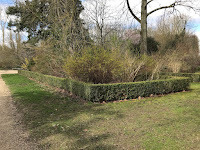 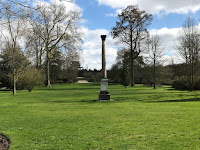 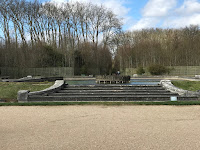 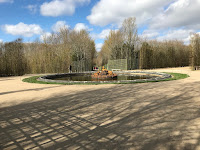 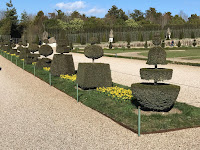 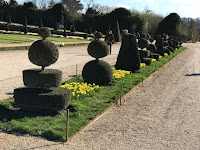 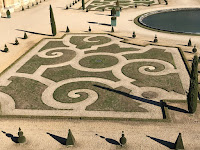 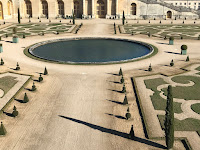 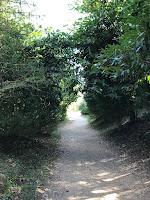 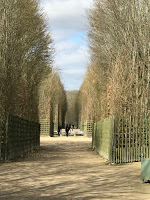 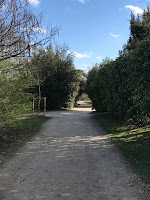 To maintain the design, the garden needs to be replanted approximately once every 100 years.  Louis XVI (the last King of France, from 1774-1792) did so at the beginning of his reign and the garden was next replanted during the reign of Napoleon III (in power 1848-1870).  The garden was destroyed by storms in the late 20th century, the most devastating in December 1999, and has been fully replanted since then. 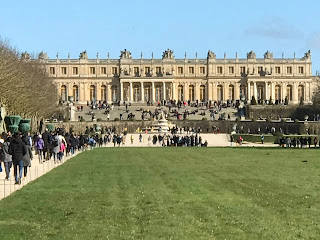 Palace of Versailles, viewed from the Royal Way
Posted by Sojourner at 7:30 AM