Thirty artists share studios on rue de Rivoli, the studios are open to the public, and we happen to be walking back right past, so we wander in.  In 1999, a group or artists broke through the cemented-over doorway of an abandoned building and moved in.  In 2000, the French government tried to evict them, but the press and Bertrand Delanoë, a candidate for mayor of Paris, became very interested in their "squart" (combination of "squat" and "art") and, when the Monsieur Delanoë was elected mayor, he legalized the squart and the artists have been working their ever since. 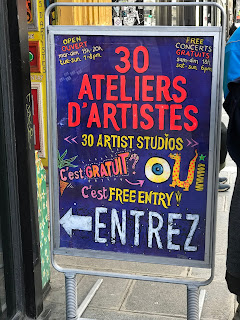 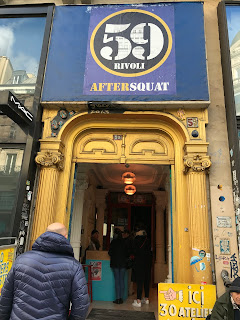 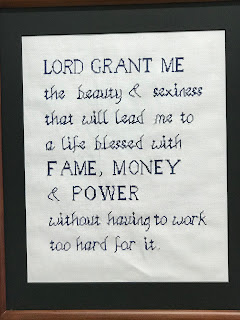 The halls and stairways of the studios are painted and there are delightful views everywhere. 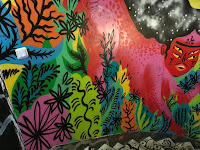 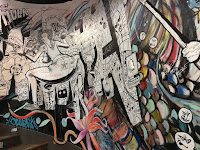 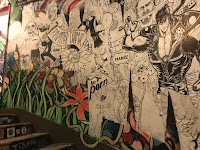 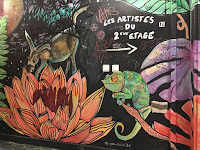 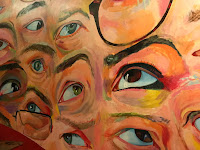 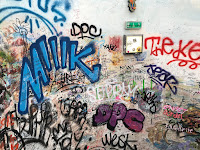 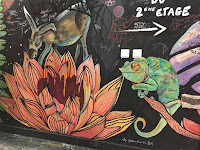 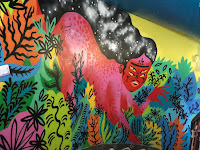 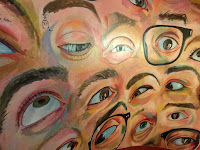 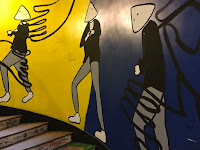 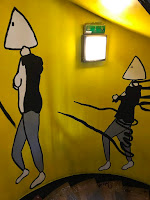 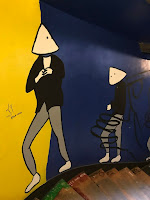 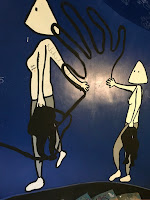 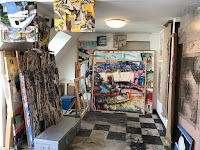 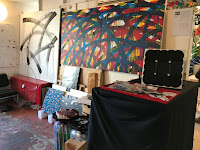 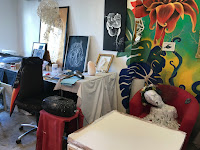 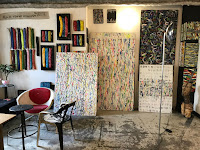 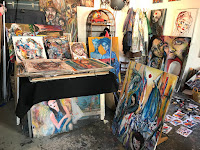 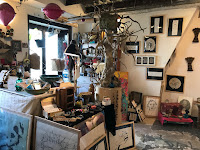 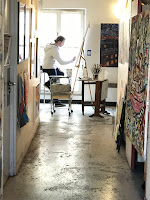 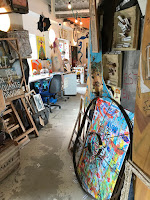 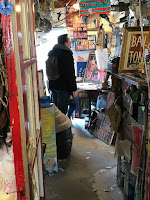 We chat with one of the artists (an American) and admire his paintings of places that we have been (purely a coincidence) and, after more wandering through the studios, head back down the stairs to reenter the busy city streets.