Montpellier and the South of France

Montpellier is located near the Mediterranean, in the Langedoc-Roussillon region of France, which runs along the curve of Frances's western Mediterranean coast between Marseilles and Spain.  With a Mediterranean climate, Mediterranean beaches, and Mediterranean seafood diet, the region has a lot to offer and is off the normal tourist path:  Nice, Cannes, Saint Tropez, and Marseilles are on the central and eastern parts of the coast and the closest and westernmost of those, Marseilles, is 170 km (105 miles) to the east.

I've been interested in spending time in the region for a while and this is my first trip.  I fly into Paris's Charles de Gaulle Airport and catch the TGV high-speed train at the airport for the 4 hour, 800 km (500 mile) trip to Montpellier.   On arrival, I drop off my luggage and start to wander, immediately noticing that the city is well-connected with a modern tram system throughout, and I follow the tracks to the central square, Place de la Comédie. 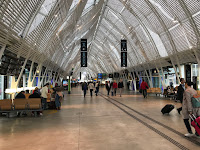 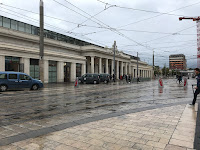 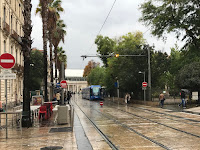 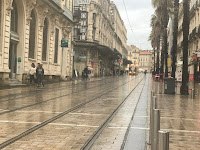 Tram lines through the city 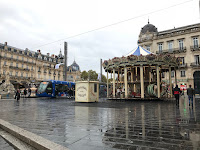 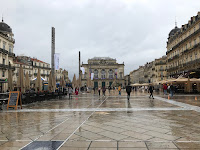 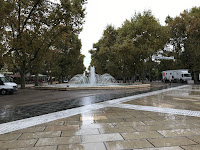 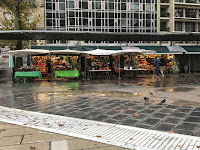 Leading away from Place de la Comédie, a small esplanade brings me to the convention center and opera and the entrance to some of the seven universities located in the city (Montpellier was the site of the first medical school in Europe, founded in 1220, and the Université de Montepllier is the world's oldest medical school still in operation). 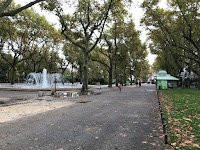 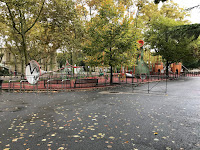 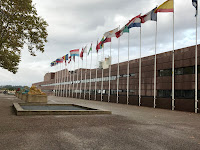 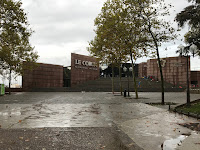 West of the convention center, Montpellier's old town is an incredible maze of small streets, great restaurants, and intriguing shops and is a lot of fun to wander through (even in the rain). 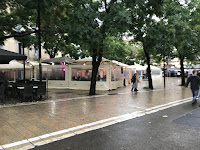 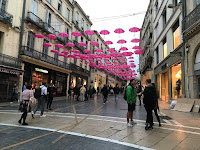 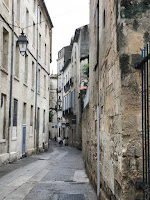 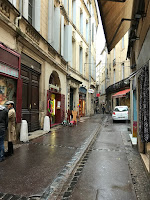 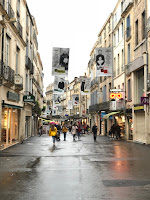 Reaching the other side of old town (from the convention center), I find a beautiful park, Place Royale de Peyrou and the Peyrou Arc de Triumphe, modeled after the arc of the same name in Paris.  In the center is a statue of Louis XIV, who decreed that no structure could be built higher than the walls surrounding the lower walkways of the park, preserving the panoramic view for all of us to continue to enjoy. 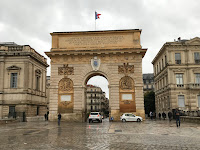 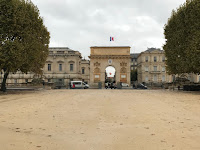 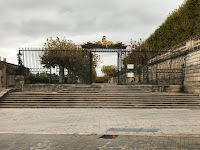 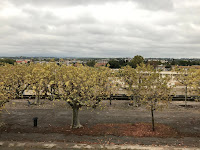 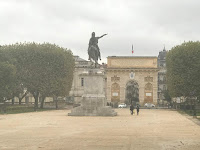 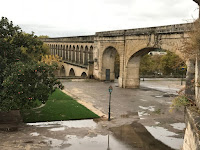 As night falls, I stroll through the old town, back to Place de la Comédie to complete my first spin through the city. 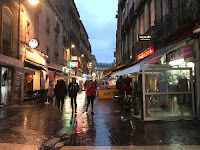 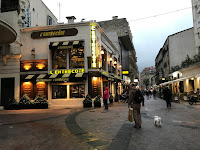 This has been a great introduction to an intriguing city and I'm looking forward to more wandering and discovery tomorrow!